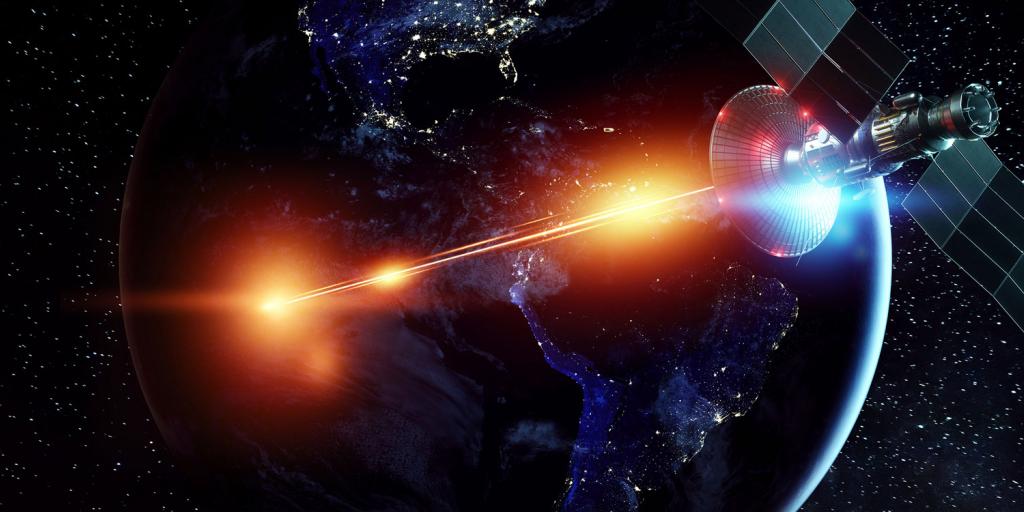 Russia recently tested a hypersonic missile that travels at nine times the speed of sound, and China has recently tested one, as well. Defending against a hypersonic missile attack could include building a faster missile to shoot it down, or building a laser, which travels at the speed of light. Since the 1950s, science fiction stories have depicted lasers and other “beam” weapons being used to attack others or to defend against enemies. And, as science advances, many once-fictional technologies are becoming a reality.

The U.S. Navy has now tested what some call a “game changer”—a laser weapon mounted on a naval vessel (The Telegraph, December 15, 2021). The weapon worked successfully against both a flying drone and a floating target. The navy sees this weapon being used against “small boats, UAVs [unmanned aerial vehicles] and potentially in the future for countering ASCMs [anti-ship cruise missiles] and ASBMs [anti-ship ballistic missiles].”

Solid-state lasers mounted to ships are surely just the tip of the iceberg in “futuristic” military technology, with many other technologies still under development or not yet revealed to the public. Such advanced technologies are often developed as defensive tools but can easily be used offensively. The Bible prophesies powerful military capabilities that will be deployed at the end of the age. The prophets of the Bible appear to have seen in vision various military technologies and weapons that were beyond their comprehension, resulting in their use of symbolic language to capture the sense of what they witnessed (e.g., in Revelation 16). Yet God’s word is clear concerning the awesome destructive power of these devices in the hands of vast armies. Thankfully, the Bible also makes clear that these technologies will not destroy all mankind. If you want to learn more about the future of military technology and its aftermath, be sure to read or listen to Armageddon and Beyond.