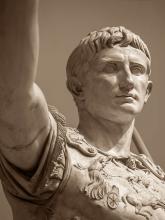 For all of Europe’s current difficulties, Bible prophecy makes plain that the continent has a final, earth-shaking revival to come. 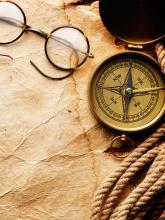 Prophetically significant winds of change are beginning to swirl ominously around the globe. Once-mighty Britain, which at one time controlled the greatest empire the world has ever seen, is exiting the European Union and now stands alone as a financially-strapped and increasingly insignificant island nation. America, still the only global superpower, is trillions of dollars in debt, torn by internal divisions, concerned about emerging threats from abroad, and seemingly intent on alienating its allies.

Why did some nations emerge and thrive at a specific point in time, while others remained quite primitive and mired in poverty? How did tiny Britain manage to assemble a global empire, and why did America become the greatest nation on the face of the earth? Why is Australia called the “Lucky Country” and why did South Africa and other British territories develop and prosper, while other nations are still struggling to develop? 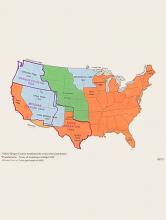 Driven by a sense of purpose and destiny, the United States spreads coastto-coast. Was an unseen hand at work? 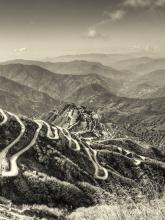 Xi Jinping, president of the People’s Republic of China, wants to restore his country’s greatness and shape its future by reviving ancient trade routes between China and the West. As one of the world’s most powerful and visionary leaders, President Xi plans to loan trillions of dollars for 900 development projects in more than 60 countries to facilitate global trade with China. The New Silk Road Initiative will fund the construction of ports, pipelines, power stations, railways, and highways to transport goods across Asia, moving them between Africa, the Middle East, Europe and China.