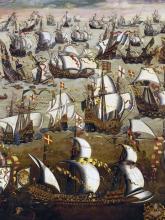 How is it that a small, island kingdom came to shape so much of modern civilization?

Miracles of the American Revolution 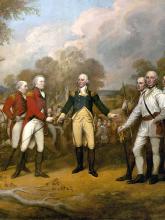 Many are unaware of some of the details of America’s birth as a nation— including miraculous events that reveal the God of prophecy, who was working behind the scenes. 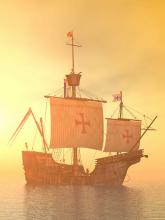 Why have nations of the West dominated the globe for the last five hundred years, when for centuries they lagged behind great civilizations in India, China and the Moslem world? Why were a few small countries on the western fringe of the great Eurasian continent able to spread their culture all around the world when other cultures did not? Why did a group of daring navigators from Western Europe—Columbus in 1492, Vasco de Gama in 1499, Ferdinand Magellan in the 1520s and others—launch the Age of Discovery with globe-girdling voyages in tiny ships, instead of men such as the great Chinese Admiral Zheng He, who sailed thousands of miles across the Indian Ocean in huge treasure ships nearly a century earlier? 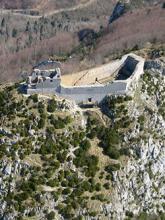 In a previous article in this series, we saw how God dramatically intervened on numerous occasions to guide the course of history. We saw how He preserved and prepared Europe to play a unique role on the world stage (“Europe, Christianity & God’s Plan,” Tomorrow’s World, January-February 2017). And we saw how His intervention paved the way for the social and religious influences that have shaped our world to this very day. At critical turning points that determined the future direction of world history, the Persians, the Muslims and the Mongols were each prevented from conquering and spreading their religious cultures over the continent of Europe. However, few today understand why the peoples of Europe were protected from these foreign conquerors. Even fewer recognize how God preserved the remnants of true Christianity scattered among other competing versions of “Christianity” that struggled to dominate the European continent. Yet Europe truly has, indeed, been an important stage where God has been working out His plan on earth. 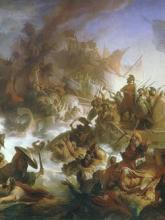 The events that shape the destiny of nations and continents are not random, nor are they without purpose. God is working out a plan!