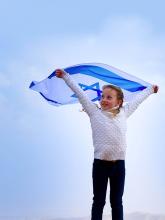 A victory recorded in Scripture is a small foretaste of what will come! 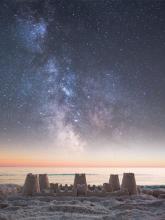 God promises an inheritance to His children more infinite than the sands of the earth or the stars in the sky.

The Beirut Port Explosion—"Gradually, Then Suddenly”

On August 4, 2020, Lebanon suffered one of the worst man-made disasters in its history when a dockside warehouse containing almost 3,000 tons of ammonium nitrate caught fire from a nearby welding accident. The resulting explosion, occurring around 6:00 in the afternoon, leveled the port and devastated surrounding structures. It shattered glass and caused destruction, death, and injury within over a kilometer radius. Noise from the blast was heard as far away as Cyprus, with only a smoking, flooded crater remaining in the middle of Beirut’s port district.

God Heals—But the Bible Also Teaches Us to Fight Disease!

Every year, especially during the “flu season,” millions of people come down with a host of preventable diseases like colds, influenza, and various respiratory infections. Most of these are considered “common” illnesses and are not as impactful as unusual outbreaks in years past of diseases like SARS and Swine Flu, not to mention the ongoing struggles with MRSA and at the time of this writing, the major pandemic of coronavirus—the latter of which continues to shape policy and global response.

Though it seems incredible, some people today doubt that Jesus Christ ever existed despite His impact on history. Was Christ even a real person? How could you prove it?