You may not have heard, but back in June a hoax went around, warning against earth’s supposed impending doom—which (they said) should have destroyed us all by September! Rumors about a stellar cataclysm were “shared” around social media (and oddly enough, gathered some “likes” along the way). Surely, if it appeared on Facebook, Huffington Post or Before It’s News, it must be true… right? In fact, however, whether by comet or man-made catastrophe, the end of the world is no trivial matter—so why should it be treated like one?

A Splash of Color

Growing up in the Shenandoah region of the United States, autumn was always a special time for me. Much like the hues of a beautiful sunset, the colors of autumn in western Virginia reliably left their mark on my memory each year. And, just as reliably, each year the “Leaf Peepers” came out by the hundreds to see the hills and mountains “catch fire” when the leaves turned bright and the season “fell.” 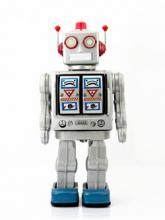 In our high-tech world, do human beings really understand their true potential?

Cosmologist Stephen Hawking believes “the development of full artificial intelligence could spell the end of the human race.” Elon Musk, CEO of SpaceX and product engineer of Tesla Motors, warns that AI might be one of the greatest threats facing our civilization. Bill Gates, the former CEO and founder of Microsoft Corporation even considers the danger of machines that could out-think humanity. Are these fears justified? Will AI be the doom of the human race?

A Matter of National Trust?

Less than two years after he was appointed head of the Catholic Church, Pope Francis made news by acknowledging the 100th anniversary of the Armenian genocide (2015). Armenians and their supporters welcomed the statement, but it angered Turkish leaders who reject using the label “genocide” to describe the murders of nearly two million Armenians from April 1915 until the end of World War I.