No wall lasts forever. What is God's plan to redeem the world? | Tomorrow's World 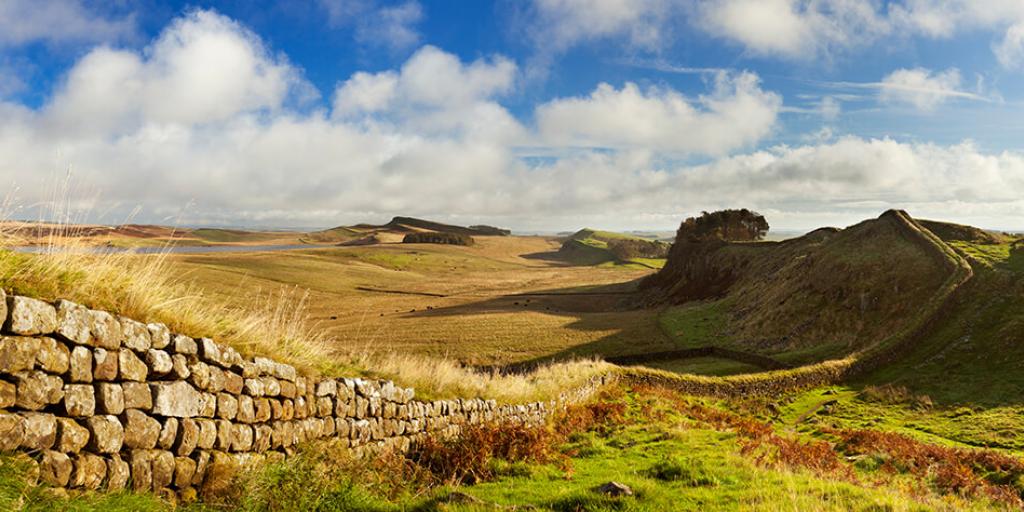 If Walls Could Talk…

The ruins of an ancient wall built in 122 AD at the northern boundary of Britannia are still clearly visible. Emperor Hadrian built the wall for border control against the barbarians in this remote part of the Roman Empire. Was it successful in fulfilling its purpose? Only temporarily; the empire eventually collapsed, and the northern tribes poured over the wall.

Mankind has attempted to provide “national security” beginning very early in history. The “Great Wall of China” originated as a series of walls constructed from 220–206 BC. The 5,500-mile-long wall, renowned as an engineering and construction marvel and a great wonder of the world, was built during the Ming Dynasty (1368–1644ad). While it was an awesome accomplishment, did it really provide the protection sought by the Chinese? Changing methods of warfare made the Great Wall obsolete in a relatively short time.

This approach to protecting borders is still in vogue in modern times. As the Allied powers carved up Europe at the end of the Second World War, there was jockeying for power and territory. Russia, devastated by the war, wanted the fertile lands of Eastern Europe, and boldly began a land grab. Winston Churchill, in a famous speech in 1946, described Russia’s aggressive actions with this memorable phrase: “…an Iron Curtain has fallen across Europe!” Then, in 1961, the Soviet Union hurriedly built a stark concrete wall that divided the German city of Berlin in half, forming an eastern section under their control and a western part under the protection of Allied powers. The wall, a hated symbol of the oppression, finally came down in 1989 with the collapse of the Soviet Union. The Berlin wall did not last (and indeed, there were some who predicted this, even though many scoffed at the idea).

Another famous wall is located in the Old City of Jerusalem. This ancient limestone structure is a segment of a retaining wall at the base of the Temple Mount, and was built in 19 BC. It is known as the “Wailing Wall,” where devout Jews go to pray and often weep as they remember the destruction of the Temple in 70 AD. There is occasional strife between the Jews, who control most of Jerusalem, and the Muslims, who now control the Temple Mount. It is yet another instance of a wall playing a significant but troubled role in accessing an important site.

The Bible has several accounts of walled cities in Old Testament times. As the Israelites were on their way to the Promised Land of Canaan, they faced a formidable obstacle. The walled city of Jericho loomed before them on the plain. Jericho, a very ancient city, was heavily fortified with an imposing double wall, several stories high. The Israelites, led by Joshua, meticulously followed the instructions given by God. On the seventh day, when the trumpets were blown and the people shouted, the massive walls of Jericho “fell down flat” (Joshua 6). It’s another example of mankind’s failure to find security behind walls.

These well-known examples reveal a pattern: The plans of mankind seldom work for very long. In fact, the prophet Isaiah even referred to the sinful nation of Israel as “a wall” about to fall when he wrote, “Therefore thus says the Holy One of Israel: Because you despise this word, and trust in oppression and perversity, and rely on them, therefore this iniquity shall be to you like a breach ready to fall, a bulge in a high wall, whose breaking comes suddenly, in an instant. And He shall break it like the breaking of the potter’s vessel, which is broken in pieces; He shall not spare…” (Isaiah 30:12–14). Understanding the connection of ancient Israel and the modern nations of America and Britain reveals the meaning of many Bible prophecies.

If these walls could talk, they would probably quote Isaiah saying, “The way of peace they have not known…” (Isaiah 59:8). It is plain that great walls crumble and fall, but the plans of the Creator God will come to pass when Jesus Christ returns to establish His Kingdom on earth. God speed that Day!

Our booklet The United States and Great Britain in Prophecy reveals these nations' role in His plan. Order your free copy! Don’t delay.