Baby Bust: Birth Rate Decline and the Death of Cultures

How have abortion, the war on traditional family values, and the rise of questionable moral behavior contributed to the shrinking population growth in Western countries—and beyond?

Across the nation of Canada, fewer workers are available to fill jobs of many descriptions. Why is this happening? Is this an economic “canary in a coal mine”?

Financial Post columnist Joe Chidley recently warned that the economic stagnation fueling concerns in the Western world may long be with us. Its root causes have little to do with global economic competition, as many mistakenly presume, but rather stem from internal issues within Western nations. Chidley explains that in Western Europe and Canada, despite some positive indicators, we are actually seeing a steady decline in the growth rate of the economy—a decline that will likely continue (“Why the best solution to sluggish economic growth may be to get used to it,” Financial Post, August 22, 2019).

During the United States’ 2016 presidential election, the winning candidate promised an annual economic growth rate of 4 to 5 percent. In fact, the U.S. economy grew by just about 2 percent in 2019 (“United States GDP Growth Rate,” Trading Economics, 2020). Even so, this is much better than the growth rate in most Western economies. Gross Domestic Product in Germany and the United Kingdom grew by just 0.5 percent last year, and in France by 0.3 percent, next to which Canada looked very good at 1.6 percent.

Chidley points out that, in the 1960s, annual growth in the West was in excess of 5 percent. Throughout the 1970s it hovered at about 4 percent. But by 2019, nations struggled to reach 2 percent or less. Why?

Many demographers and economists foresaw this stagnation as the inevitable result of a major cultural change in Western nations. For a population to replace itself, there must generally be an average birth rate of at least 2.1 babies per woman, yet many nations no longer reach this benchmark. Joel Kotkin, writing for Forbes in February 2017, noted that only one nation in 1995 had more people over age 65 than under age 15. In 2020, there will be 35 countries in that situation (“Death Spiral Demographics: The Countries Shrinking the Fastest,” Forbes, February 1, 2017).

When the number of seniors is greater than the number of youths, nations must revise economic and social policy. As the aging workforce retires, fewer young people are available to fill jobs, pay taxes, and support pensions. Economic vigor declines and growth slows as consumer demand weakens. In France, measures taken to adjust for this have already led to considerable civil unrest and the rise of the “Yellow Vest” protest movement.

Chidley and others stress the connection between declining and aging populations and decline in GDP growth. It follows that an aging population will buy fewer goods—reducing consumption and thus causing a drop in production. Production, of course, is the real driver of economic growth.

What occurred over the last century to bring us to this situation?

Women in the Workforce

During the two World Wars of the twentieth century, women in Allied countries made a huge contribution to their nations’ war efforts by taking factory jobs, freeing men for military service. Following World War II, a cultural shift began as many women remained or wanted to remain in the workforce.

Diane Watts, researcher for pro-family advocacy group REAL Women of Canada, explains in an interview with Tomorrow’s World Viewpoint (“The History of Feminism and Its Impact on Men,” August 7, 2019) that modern feminism demands that women see themselves as victims, needing “freedom” to work and do what they want, liberated from the “burden” of husbands and children. This worldview sees child-rearing as an obstacle to a woman’s path to success.

Of course, when more and more married women began to work outside the home, family incomes rose, but as families had more expendable income, the market adjusted: everything became more expensive. This has brought us to the point where, today, many married women feel they must work to meet family needs. Additionally, many parents feel they cannot afford to have more than one child. If both parents are working, for instance, there are day-care costs to consider. And some parents, succumbing to advertisement-driven social pressure, calculate that additional children will make it harder for them to travel widely and obtain luxury items they associate with “enjoying life.”

The War Against the Family

Contemporary social values undermine and weaken the traditional family unit. Moral relativism and political correctness are sabotaging the acceptance of a family unit composed of a breadwinning father and a devoted mother who provides for the needs of the home—with both parents teaching their children the moral absolutes of right and wrong.

Nowhere is this war being waged more brutally than in abortion facilities. Hailed as the means of “liberating” women from the shackles of child-rearing, legalized abortion has been a powerful factor in falling birthrates. The Guttmacher Institute reported that, between 2010 and 2014, a full 25 percent of all human pregnancies on earth were terminated with a deliberate abortion (“Induced Abortion Worldwide,” Guttmacher Institute, March 2018). This translates to 56 million deaths of unborn children annually. Canada alone, from 2011 through 2016, saw an annual average of more than 100,000 abortions. The economic impact of the loss of those 600,000 lives will be felt by Canadians for many years to come.

In the West, growing rejection of biblical values has removed absolute moral standards that long sustained the place of the traditional family. This deterioration threatens the continuance of the nation’s social and economic order and the individual fulfillment and happiness of its citizens. Best-selling author William Gairdner wrote, “I am persuaded that the health of our entire civilization depends not on the autonomous individual… but on the family… and the importance and privileged status of the family… is being eroded before our very eyes” (The War Against the Family, p. xiii).

Describing some end-time descendants of the biblical patriarch Joseph, the prophet Hosea states, “Aliens have devoured his strength, but he does not know it; yes, gray hairs are here and there on him, yet he does not know it”  (Hosea 7:9). The “gray hairs” are a remarkable prediction of the aging state of the English-speaking world today. People have been deluded into believing that children are a burden. As a reader of this magazine, we hope you will instead take to heart God’s clear declaration: “Behold, children are a heritage from the Lord, the fruit of the womb is a reward”  (Psalm 127:3).

Why Are So Many People Unhappy? 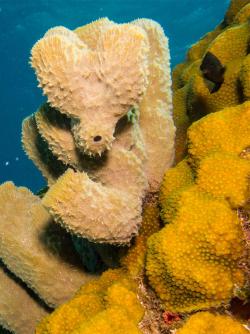 God’s Creative Power Behind the Brainless Genius of the Sponge