Dozens of prophecies indicate that Jerusalem will dominate news headlines just prior to Jesus Christ's return and the end of this age. Bible prophecy not only reveals the sobering details of Jerusalem's future, but also the true significance of events now unfolding in this city sacred to Jews, Christians and Muslims.

During the 20th century, trouble spots erupted all around the globe. Yet as a new millennium begins, world attention is focusing on the Middle East-especially Jerusalem and the Temple Mount! This is no surprise to anyone familiar with Bible prophecy. Dozens of prophecies indicate that Jerusalem will dominate news headlines just prior to Jesus Christ's return and the end of this age. Bible prophecy not only reveals the sobering details of Jerusalem's future, but also the true significance of events now unfolding in this city sacred to Jews, Christians and Muslims.

In recent years endless political negotiations have been launched, and prayers said, in pursuit of Middle East peace. Yet success has eluded every effort-just as the Bible predicted! The prophet Zechariah wrote, more than 2,500 years ago, that "it shall happen in that day that I will make Jerusalem a very heavy [burdensome] stone for all peoples; all who would heave it away [attempt to lift it, or burden themselves with it] will be cut to pieces [injured]" (Zechariah 12:3). For nearly a century, Jerusalem has fulfilled this prophecy. Britain, Israel and the United States have all tried-and failed-to bring peace to this troubled city and region. Now the Europeans, the Russians, the Pope and even the United Nations want to try to solve this age-old problem. According to Bible prophecy, all who try will fail-until Christ returns!

Zechariah recorded another end-time prophecy. "Behold, the day of the Lord is coming¦ I will gather all the nations to battle against Jerusalem; the city shall be taken, the houses rifled, and the women ravished. Half of the city shall go into captivity, but the remnant of the people shall not be cut off from the city" (Zechariah 14:1-2). This prophecy appears to be on the verge of fulfillment. Jerusalem was devastated by the Babylonians around 600bc and by the Romans in 70ad. Later the Arabs, and then the Ottoman Turks, controlled the city. However, the end-time conquest and devastation will come at the hands of "all the nations." This might be a league of Arab nations, a European army or a UN force. In previous sieges the entire city was conquered and laid waste, but in the last days only half the city will be conquered. This could well be the Jewish half, if the other half-East Jerusalem-becomes the capital of a Palestinian state-an expressed desire of the Palestine Liberation Organization! Conditions are developing in Jerusalem that could see these prophecies fulfilled in the near future.

Jeremiah records another prophetic warning to the people of Jerusalem, "I will hand them over to trouble, to all the kingdoms of the earth" (Jeremiah 15:4). Jerusalem has been dominated by individual nations at different times, but never all the kingdoms of the earth. However, if UN peacekeepers enter the picture, this prophecy will be fullfilled in a remarkable way. The UN represents 185 nations all around the world, and a Palenstinian request that UN forces come into Jerusalem is under serious discussion today! The Bible also reveals that Jerusalem's future devastation will come suddenly at the hands of a multitude of nations (Jeremiah 6:26; 15:8; Isaiah 29:5; 30:13).

Jesus Christ revealed an even greater significance of these Old Testament prophecies. When asked by His disciples, "what will be the sign of Your [second] coming, and of the end of the age?" (Matthew 24:3), Jesus said, "when you see Jerusalem surrounded by armies, then know that its desolation is near" (Luke 21:20). He went on to say "Jerusalem will be trampled by the Gentiles until the times of the Gentiles are fulfilled" (Luke 21:24). The Bible indicates this end-time Gentile domination of Jerusalem will last 42 months-three-and-a-half years (see Revelation 11:2; Ezekiel 30:3). The current call for UN forces to intervene in Jerusalem could be a prelude to the prophesied time of Gentile domination. The intention to place Jerusalem under an international administration has been part of the UN agenda since 1948. That this idea is gaining credence today, in conjunction with numerous other prophesied end-time events, should alert us to the real significance of the times in which we live (see Matthew 16:3; 24:32-34)!

Trouble on the Temple Mount

The Temple Mount is a focal point of religious interest in Jerusalem for three major religions. Once the site of Solomon's temple and the Herodian temple of Christ's time, Jews are now forbidden to worship on the Temple Mount, which is now occupied by Islam's Dome of the Rock! The Temple Mount has been called "the most volatile spot on the face of the earth." Bible prophecy indicates that significant events will occur on the Temple Mount just before Jesus Christ's return. These events will be a warning-for those who have eyes to see-that the end of this present age is near!

Biblical prophecies describe two prominent individuals who will appear on the world stage in the end times (see Revelation 20:10). One is a powerful and persuasive political figure called the Beast (see Revelation 13:1-10; 17:12-13). The other is a highly influential religious figure known as the False Prophet or man of sin (see Revelation 13:11-18; 2 Thessalonians 2). The Bible reveals that they will focus their attention on Jerusalem-and on the Temple Mount in particular. These two Satan-inspired leaders will orchestrate two distinct events mentioned in Scripture. The daily sacrifices will be stopped, and the sanctuary will be defiled (see Daniel 8:11-13; 9:27; 11:31; 12:11; 2 Thessalonians 2; Revelation 13). These two actions will take place in Jerusalem just before Christ's return (Matthew 24:15; Mark 13:14). However, before the daily sacrifices can be stopped, they must begin! And before a sanctuary can be defiled, it must be established!

Plans are well underway in Jerusalem that may lead to the fulfillment of these ancient prophecies. Since 1967, Jewish scholars have been studying the location of previous temples on the Temple Mount, selecting and training priests and preparing the vessels necessary to reinstitute the daily sacrifices. All that is needed is a place to establish a sanctuary, and permission to begin the sacrifices-which the Bible indicates will happen just before the end of this present age!

Daniel writes of a coming leader who will deceitfully enter into a covenant (Daniel 11:31-32) with the Jewish people-a covenant which appears to include the resumption of sacrifices and the construction, or establishment of a sanctuary (Daniel 9:26-27), perhaps in exchange for ceding East Jerusalem to the Palestinians. This agreement, however, will be abruptly broken after three years (Ibid.)-probably in an effort to enforce religious uniformity. The sanctuary will then be defiled in some way (Ibid.). Antiochus Epiphanes' actions in 168bc appear to be a prototype of end-time events. Antiochus attempted to exterminate the Jewish religion by placing a pagan idol in the temple and offering swine blood on the altar. Scripture describes the coming Beast and False Prophet being involved in similar actions. The False Prophet is described as one who actively opposes biblical religion and "sits as God in the temple of God, showing himself that he is God" (2 Thessalonians 2:4). These long-foretold activities will take place in Jerusalem just before Christ's Second Coming. Millions-unaware of the true significance of these events-will be deceived. However, this deception will end. Jerusalem will be liberated and peace will finally be established when Jesus Christ returns to establish the kingdom of God (Zechariah 12:7-9; 14:3-11).

You can avoid being misled by these momentous events if you understand what the Bible clearly reveals about the end times. Study your Bible, watch world events, write for our free booklet The Beast of Revelation and keep reading Tomorrow's World, where you will see prophecy come alive! 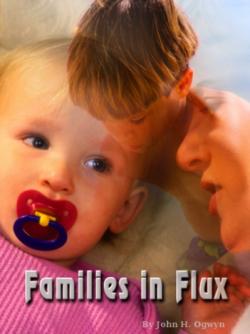 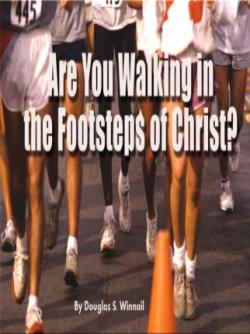 Are You Walking in the Footsteps of Christ?

America at the Crossroads?