While world attention focuses on terrorism, escalating strife in the Middle East and fears of recession, prophetically significant events, which will astound the world, are developing in the heart of Europe.


While world attention focuses on terrorism, escalating strife in the Middle East and fears of recession, prophetically significant events, which will astound the world, are developing in the heart of Europe. As one editorial commented, "the European 'project' is moving ahead at a quickening pace" (The Sunday Times, December 16, 2001). For decades, the Church of God has predicted what is now happening in Europe, and has warned that these events will have dire consequences for America and British-descended peoples.

On January 1, 2002, 12 members of the European Union began using a common currency—the euro. This historic milestone is a significant and symbolic step in the march toward continental integration. Although misgivings abound, replacing 12 separate currencies with one euro was designed to help Europeans rise above national differences. Significantly, Britain, Denmark and Sweden have opted not to participate. However, the euro is only the tip of the iceberg of sweeping changes taking place in Europe. In December 2001, bickering European leaders worked to finalize plans for a European Army that will become operational in 2004. Since Europe is the world's biggest provider of foreign aid, this Rapid Reaction Force will give Europe real clout in world affairs. In the coming years, Europe will no longer need to play second fiddle to American ideas with which it often disagrees.

Under the guise of fighting terrorism, EU leaders approved a single arrest warrant that provides for unprecedented cooperation among European law enforcement agencies. Operational in 2004, the arrest warrant will allow a judge in one country to order the arrest, extradition and incarceration of a person in another country, without a trial and without compelling evidence! One British newspaper warned that "a growing body of heavyweight legal opinion believes the dangers [in this procedure] are immense. Individual liberty is being treated in the most cavalier way. Ancient safeguards are being sacrificed" (London Daily Mail, December 13, 2001). Even more ominous is a recent decision by the European Court of Justice to give the EU power to suppress criticism in order to protect its reputation. This means that the Court can crack down on anyone—including writers, newspapers, commentators and politicians—criticizing EU leaders or policies. This ruling, which resembles methods used by fascist governments in the 1920s and 1930s to suppress dissent, brushes away freedom of speech! The September 11 terrorist attacks in America advanced the timetable of those who favor European integration and the creation of a European superstate!

In March of 2002, a special convention began discussing ways to plot the future shape of the EU and reform its institutions. Former French president Valery Giscard d'Estaing heads the convention that will make recommendations in 2004. He and his deputies are strong federalists who favor an ever-closer union and the continued surrender of national powers. The convention will work toward framing a European Constitution and will discuss the possibility of a directly elected President of Europe, which would open the door to pan-European political parties. One writer commented that "a directly elected president could become the most powerful political figure in Europe" (Daily Mail, December 16, 2001). In spite of the momentum propelling Europe in the direction of a superstate, British politicians insist that the convention will not take Europe down the federal route, but will encourage integration as sovereign nation-states. However, one editorial states: "Europe is moving on. And not necessarily in the direction Britain would want" (The Sunday Times, December 16, 2001). But just what do events in Europe have to do with Bible prophecy, and where will they lead?

The prophet Daniel was given a vision of a great image, picturing four empires that would dominate much of the Mediterranean world up to the return of Jesus Christ (Daniel 2:31–45). The fourth empire is widely recognized to be Rome. The feet of the image made of iron and clay picture the final phase of an empire with recognizable links to Rome. This end-time power will be "partly strong and partly fragile" because its component parts do not naturally adhere together (Daniel 2:41–43). This accurately describes the European Union emerging where the Roman and Holy Roman empires once reigned. EU leaders recognize that they are building on historic foundations. Yet holding together nations that have different languages, traditions and customs—and a history of wars and squabbles—will not be easy. In its final form this union will last only 3 1/2 years (Daniel 7:25; Revelation 11:2).

In another of Daniel's visions, God pictured these four empires as voracious beasts. The fourth beast (Rome) is pictured as a rapacious, war-making creature, having 10 horns—indicating 10 successive resurrections (Daniel 7:19–25). This beast will change times and laws, and will persecute true Christians (Daniel 7:21–25). Other prophecies indicate that a charismatic individual (also called a "beast") will eventually lead this European-based power, deceitfully gaining office as a peacemaker and then becoming a tyrant (Daniel 9:26–27; 11:20–32). The revival of this Satan-inspired, beast-like power, with links to Rome, will shock the world (Revelation 13:1–7). It will occur when 10 kings voluntarily surrender their sovereignty to a powerful leader (Revelation 17:12–13). This revived Roman system will be a key player in a global economy before its sudden demise at Jesus Christ's return (Revelation 18). Bible prophecies in the books of Amos and Hosea, and in Isaiah 10 and Jeremiah 30, indicate that this German-dominated end-time colossus will turn on America and other British-descended peoples, and will carry them into captivity because of their national sins. To learn more about this vital topic, please request our free booklet What's Ahead for America and Britain?

All these prophesied details appear to be coming together in Europe. Germany is again emerging as the natural candidate to forge a United Europe, following in the footsteps of the many before that have attempted to revive the heritage of Rome; including Charlemagne, the German and Austrian kings of the Holy Roman Empire, Napoleon and Mussolini. It remains to be seen what title will be given to the leader of a modern European superstate. The political machinery being set up today will enable that leader to assume totalitarian powers when it becomes "necessary"—or possible! While idealistic planners envision that a Europe built upon shared resources, a common currency and common laws will bring peace and stability to the continent (and to the world), Bible prophecy indicates that this will not be the case. The Europe being assembled today—which America is promoting and to which Britain is acquiescing—will eventually become a dangerous and deadly rival before the return of Jesus Christ. One reporter asserts that European statesmen have unknowingly, by their actions, "brewed what could be a devil's cauldron" (The Sunday Times, December 16, 2001). Warnings are being sounded! We need to watch world events carefully, and grow as Christians, because prophecy is coming alive—especially in Europe! 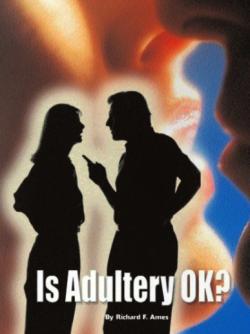 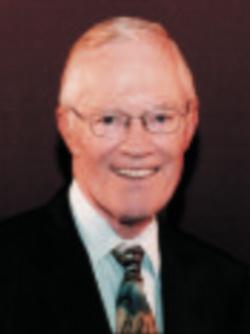