What lessons should we learn from the terrible tragedy of Hurricane Katrina? Are you ready for what will come next?

In the wake of Hurricane Katrina, life has certainly changed for many of us. My brother and I experienced Hurricane Katrina while visiting family and friends in Mississippi last August. My cousin's home in New Orleans was flooded; my mother's home in Jackson, Mississippi was spared but was without power for more than a week. A tree landed on the roof of my grandfather's home out in the country just north of Clinton, Mississippi.

Stores were closed, no gasoline was available, and all were very concerned about those living closer to the areas worst affected. This was a disaster of a scope that the United States had never before experienced. An entire city of a half-million people was devastated, left almost uninhabited, and more than likely will not be active again for a long, long time. Other cities along the Gulf Coast, too, were entirely wiped out. More than 1.5 million people were displaced by Katrina, which spanned the size of Great Britain across the southern Mississippi River country.

Emergency crews came from all over the nation to help the devastated region recover. Though many were spared, hundreds of lives were lost, and it has made many realize—perhaps for the first time—that we are indeed mortal and that our human strength is completely powerless over the forces of nature.

Watching the storm from my front porch was an experience I will never forget. The power of the wind-driven rain and tornado-like activity was awesome. Trees were falling all around us. Huge limbs were crashing to the ground, breaking power lines and smashing into homes. We could not watch the television news, as there was no power; we could only imagine what damage was being inflicted elsewhere.

But it was only when the storm finally stopped, and the winds ceased, that we truly realized what trouble lay ahead. We could buy ice and some food from the one neighborhood grocery store that was open, but its supplies were quickly depleted. Area police guarded the gasoline stations where lines were long until the storage tanks were drained empty. Prices skyrocketed as supplies diminished. The heat skyrocketed, too, as we endured summer temperatures above 90 degrees Fahrenheit—with 90 percent humidity, no electricity and no air conditioning. It was all very sobering. We could only begin to imagine what it must have been like to the south of us in Gulfport and New Orleans. Within a day, life in the path of Katrina changed the lives of more than 1.5 million people!

My brother and I stayed for a few days to take care of our family, then headed back to our homes in Wyoming. As we headed home, we thanked the folks we met for being there to provide services that we sometimes take for granted. We knew that many we left behind were in for a very difficult time. Thankfully, though we saw the price of gasoline rise sharply, we had enough fuel to breach the storm-ravaged area and make it back to parts of civilization that were still working.

Whatever else you may do, be sure to plan for the disasters that may affect you in the future. Make physical plans—set aside emergency supplies and create a disaster plan for your family—but do not neglect your spiritual plans. Be sure you have the spiritual resources to withstand the spiritual disasters that lie ahead. Jesus Christ warned that at the end of the age, there will be both spiritual and physical disasters that will test His people in ways they have never before been tested.

Thousands in New Orleans were told to flee the danger, but would not heed the warning. As a result, they were trapped, and many died. I can imagine a time yet future when another call will come to flee danger, yet many will not heed it. This storm was a wake-up call for all of us. Are you prepared? If not, begin today! 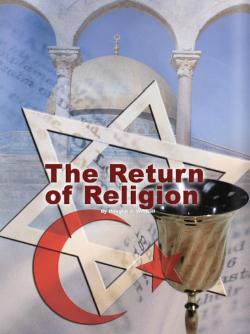 The Return of Religion 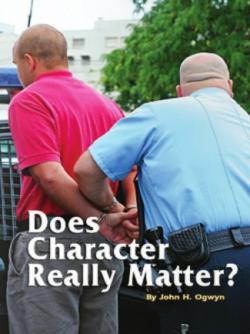 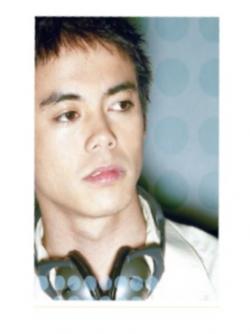