What is the most complex object in the cosmos? This is a big question—galaxies comprise hundreds of billions of stars and planets, and could be considered complex, as could many other natural structures. Among mankind’s creations are some remarkable works of vast intricacy. Europe’s powerful particle accelerator, the Large Hadron Collider, is an engineering feat of great complexity, and in its day the United States’ Space Shuttle was called the most complicated machine ever invented.

But to identify the most complicated single object in the entirety of all of creation? That is quite a tall order.  Yet the verdict is in, and it is no contest. As neuroscientist David Eagleman wrote, “Of all the objects in the universe, the human brain is the most complex” (“10 Unsolved Mysteries Of The Brain,” Discover, August 2007).

But, how could this be? The human brain is relatively small—it weighs only about three pounds, fits neatly inside the human skull, and is composed mostly of water and fat. More complicated than the Space Shuttle?

Indeed, it is. In fact, the human brain is astonishingly complex! It is a truly remarkable testament to the intelligence and power of our awesome Creator!

Like most body tissues, the brain is composed of microscopic cells. The cells that seem to be at the heart of the brain’s remarkable abilities are the 80 to 90 billion neuronal cells, or neurons, of the brain. Or rather, it is the awe-inspiring network of connections between these neurons that enables the brain to function so powerfully. Through their branching axons and dendrites, neurons reach out to one another, creating a complex network of connections, with each individual neuron connecting to upwards of ten thousand neighboring neurons—creating a vast system which continues to defy complete human understanding.

In brain activity, electrical and chemical impulses move through this vast network of neurons in a beautiful dance of electrochemical activity and shifting patterns. This inconceivably complex network of connections, and the constant electrochemical dance that takes place within it, somehow represents the brain at work—accessing memories and creating new ones, analyzing information, processing emotions and planning our actions.

More Complex Than the Internet

Brown University neuroscience researcher Chris Chatham neatly summarized the complexity of the brain’s interconnectivity: “Accurate biological models of the brain would have to include some 225,000,000,000,000,000 (225 million billion) interactions between cell types, neurotransmitters, neuromodulators, axonal branches and dendritic spines, and that doesn’t include the influences of dendritic geometry, or the approximately 1 trillion glial cells which may or may not be important for neural information processing” (“10 Important Differences Between Brains and Computers,” ScienceBlogs.com).

To put it in perspective, compare this network of connections and interconnections to the Internet. Many technologists consider the Internet the most complicated technical system ever built by man. The vast, global collection of objects comprising the Internet is expected to include 25 billion interacting devices by 2015. That many connections would still only represent 0.00001 percent (one-ten-millionth) of the interactions taking place in the “ordinary” human brain.

Surely such an intricate organ of such delicate connections must be a fragile instrument. As the old saying goes, “the more complicated the plumbing, the easier it is to stop up the drain.”

Indeed, the brain is encased in a hard, bony skull for a reason. Protecting it is of utmost importance. Brain damage can lead to life-altering consequences. Yet, even in this arena, the human brain is a marvel of engineering—one that the best of our scientists and researchers still struggle to comprehend! We are learning that the brain has a remarkable capacity to repair, restructure and “rewire” itself to overcome damage and deficiency!

Consider those suffering from Rasmussen’s Syndrome, in which inflammation devastates one entire side of the brain. Victims of this condition, most often children, suffer from terrible seizures. Doctors have learned that the damaged half of the brain can sometimes be completely removed, with the other half of the brain adapting itself over time to take on the functions and processes of the missing half—leaving the victim’s memories, sense of humor and personality intact!

Can you imagine discovering that fully half of your computer’s hard drive had become corrupted and inaccessible—yet that the other half simply reprogrammed itself to replace the missing content? Computer experts know that even a RAID array relies on finding an intact copy of the lost or damaged data—yet the enigmatic human brain can do even better, repairing itself “from scratch”!

What a powerful witness to God’s eternal glory and boundless intelligence! Though ambitions run high, many researchers in the areas of neuroscience and artificial intelligence are beginning to despair of their own creations ever being able to match the incredible complexity of the human brain.

Dr. Miguel Nicolelis, a leading Duke University neuroscientist who at the 2014 World Cup in Brazil debuted a thought-controlled exoskeleton for paralytics, neatly summarized the problem of attempting to reproduce the brain with a computer: “The brain is not computable and no engineering can reproduce it… You could have all the computer chips ever in the world and you won’t create a consciousness” (MIT Technology Review, February 18, 2013).

The Brain Is Not Alone

Yet, for all its complexity, we must recognize that the brain, alone, is not responsible for who and what we are and for what makes mankind unique among God’s creations. We are more than our brains. For, as Job’s companion Elihu says, “there is a spirit in man, and the breath of the Almighty gives him understanding” (Job 32:8).

God intends mankind not simply to remain the “pinnacle of creation” but ultimately to transcend that creation and join Him in the family of God! With the spirit in man working together with the complex human brain, each human being has a mind—the unique human mind—which sets mankind far above animals! God has not simply made us intelligent; He has made us moral creatures with a spiritual life, and with the ability to have a relationship with our God, who is Spirit (John 4:24).

Our brains, like the rest of our bodies, will one day die and return to dust (Genesis 3:19). The human brain is a remarkable instrument, but it is not eternal. Yet, the spirit in man, given by God, is reclaimed by Him at our deaths (Ecclesiastes 12:7) and carries with it the sum total of all we have ever learned and known, who we are, and our personalities (1 Corinthians 2:11)—awaiting our future resurrection!

So we see in this final remarkable capacity—its enigmatic ability to interact with our God-given human spirit—that the marvelous human brain does even more than make us some kind of “intelligent animal.” It plays a crucial role in fulfilling God’s purpose for us, and represents a key element of His design for our lives and His plan for our eternity. 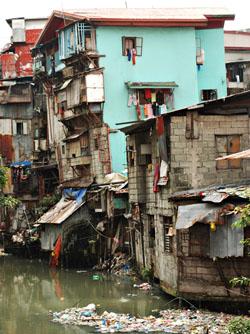