Will You Stand Alone?

You’ve probably heard the expression “Right is right, even if everyone’s against it.” The Bible shows that it’s true—and that standing by it brings blessings from God!

One night while I was in college, I went to the movies with a group of friends. We had no particular movie in mind, so we based our choice entirely on our fondness for one movie’s actors. But when a highly offensive scene came on screen, we realized we had made a mistake. I remember feeling stunned, and I was not even sure of what I had just seen.

And I will never forget that one of the guys in our group immediately stood up to leave the theater. I was shocked by his bold reaction; I had never before seen anyone walk out on a movie before it ended. But my friend’s strong response was correct, and not only did he do the right thing by objecting; his example influenced the rest of us to decide to leave, too.

It is rare to find someone with clear convictions—someone willing to stand alone to do what is right, regardless of what others do. But, sometimes, that is exactly what is necessary when a situation calls for it. Perhaps you have been in uncomfortable circumstances similar to what my friends and I experienced in that theater. Maybe you felt that you should do something, but were afraid to be the first to act—even while others were having similar thoughts and also waiting for someone else to act first.

Have you ever looked back at a similar circumstance where you “went along with the crowd” and regretted not having taken a stand? Or maybe you have felt remorse after giving in to the powerful peer pressure that can come when you see one bold individual making a reckless choice that dares you to follow his example? Whether you are following a crowd of many thousands or a crowd of one, do you tend to be a follower, rather than someone willing to stand alone?

Peer pressure isn’t just for the young these days. Even adults strongly desire to be accepted by their peers. From our earliest social settings—family and school—we learn to “fit in” with people around us. Our success or failure in those formative experiences often shapes our adult self-esteem. Being considered “different” or even “weird” can be painful, and it is tempting to conform to others’ expectations to gain their acceptance. To get along with peers, we are pressured to put aside our own values, priorities, likes, and dislikes, in order to conform to the group and thus win acceptance. Social media only accentuates the problem.

It can be difficult to go against the group. And sometimes—depending on the nature of the pressure—it can be unwise to go against the group. If your peers are prodding you toward working harder, remaining faithful in marriage, loving and respecting the people around you, and generally improving your life and your community, then theirs is a good pressure that can help you grow and flourish.

Sadly, though, for most who face peer pressure, that is not the reality. Most peer pressure bombards its victims with messages telling them that they are inadequate and that their life is incomplete unless they go along with the crowd—even though the crowd rarely has the individual’s best interest at heart. In today’s world, disagreeing with the crowd can even attract “moral” condemnation, as society’s concepts of “right” and “wrong” increasingly contradict the plain teachings of the Creator. Ironically, the confused crowds of the modern world accuse those standing for what is truly right of great evil, instead. At times, we must stand alone if we are to maintain our values and grow in our walk with God.

A Biblical Example of Courage and Conviction

The Bible gives an excellent example of a person who, even in his youth, had the courage to stand alone in the face of pressure. Likely a teenager at the beginning of the book that bears his name, Daniel was taken from his homeland of Judah to the ancient city of Babylon during the reign of Nebuchadnezzar (Daniel 1:1–6). As part of their training to serve within the king’s palace, Daniel and his friends were expected to eat food and drink wine provided by the king. Although the Bible does not tell us what was wrong with this food, Daniel knew that eating it would cause him to be defiled (v. 8).

Daniel had to choose. Would he eat the food and become defiled? Or would he uphold his commitment to God and refuse to eat the defiling food? In one sense, it would have been far easier for him to eat the king’s food. Refusal was no small matter. Even the chief of the king’s eunuchs feared for his life if something went wrong, so Daniel could only imagine how much worse it would be for a slave to offend the king (v. 10). Eating the food would have preserved Daniel’s physical well-being, and he might have rationalized that “God would understand”—that he had no other practical choice as a captive in a foreign land.

However, courageous Daniel did not see it that way. He was willing to do what was right, regardless of the risk. What made the difference for Daniel?

One primary difference was the strength of his conviction. We read that “Daniel purposed in his heart that he would not defile himself” (v. 8). In other words, Daniel made up his mind to do what he did. As simple as that sounds, the act of making a firm personal decision is an essential element of doing the right thing. Having made a firm personal decision, you are no longer so vulnerable to the emotional appeal of going along with others. Once Daniel knew in his heart that there was no room for compromise, he could stand alone in this difficult—even potentially life-threatening—situation, regardless of what the consequences would be.

Another important difference was that Daniel’s personal decision was grounded on the rock-solid foundation of God’s word. Daniel knew that God’s word is truth (John 17:17). Truth, by definition, is always truth! It was as true when it was written as it is now, and will be true in every circumstance at any time. Daniel knew what he had to do because God had defined what defiles a person. Daniel did not rely on his own opinion, or anyone else’s, to shape his ideas; they were based on the right foundational principles.

You Can Stand Alone!

In every life, there will be times when one must “stand alone” and resist the pressure of the crowd—especially in a world such as ours, where even the most fundamental biblical truths are increasingly portrayed as hateful and abhorrent and religious persecution is very real and dangerous. Taking a stand in the face of overwhelming judgment and condemnation is not always easy to do. Yet, if we are willing to make that choice—the choice to resist the crowd and to stand alone—the Bible promises that we will have God’s support (Matthew 10:17–20). As the Apostle Paul once wrote, “I can do all things through Christ who strengthens me” (Philippians 4:13).

Daniel’s strength of conviction was based on the solid foundation of God’s word—and yours can be, too. By putting God’s word into practice in your life now, you can develop the personal strength of conviction that will allow you to accept the challenge when it is time to stand alone. And if you do, you will not be truly alone, for God will be standing beside you. 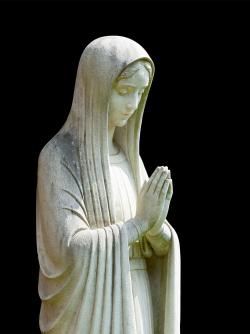 Mary: Lady of All Nations? 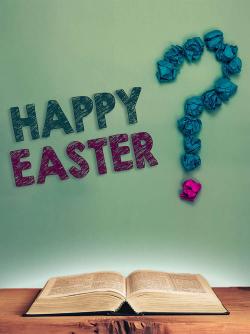