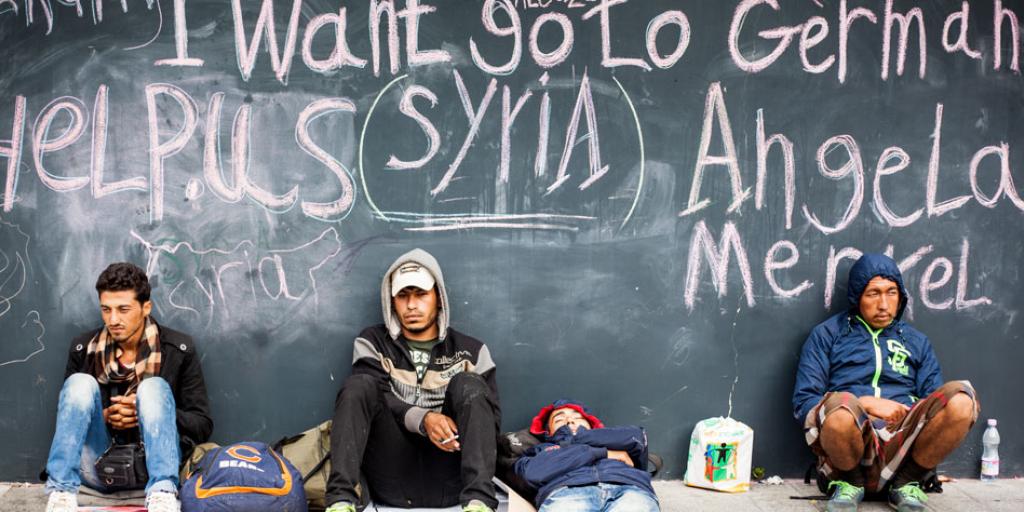 German Prime Minister Angela Merkel shocked many with her recent comment about her nation’s commitment to accept Middle Eastern refugees. “What we are experiencing now is something that will occupy and change our country in coming years,” she said, adding that “We want the change to be positive, and we believe we can accomplish that.” Is this simply the kind and generous act of a nation trying to make amends for its Nazi past? Is it an act of economic self-interest? Or might this influx of new residents bring with them an unintended consequence?

Commenting on the recent arrival of 20,000 more Syrians over the September 5–6 weekend, Merkel urged other European Union countries to accept more refugees, calling for a “solidarity-based and fair distribution of refugees” and emphasizing that “only with common European solidarity can we master this effort.”

The German government’s coalition partners have agreed to allocate €6 billion to the refugee crisis. Why? One benefit to Germany is the boost to its industrial base. Like most European nations, Germany is experiencing a declining birth rate. Every year since 1972, deaths have outnumbered births in Germany, and the nation recently passed Japan to achieve the world’s lowest birth rate. At a time when Germans are seeking increased productivity and wealth to cope with economic turmoil, fewer and fewer workers are available to make the needed contribution. The refugee influx will quickly give Germany a much-needed workforce increase.

But will Germany undergo another little-discussed change as a result of increased immigration from the Middle East? Even before this latest influx of refugees, German authorities have noted an increase in anti-Semitic expressions by the nation’s Muslim population. So, what would we reasonably expect to see if Germany continues to welcome increasing numbers of Muslim refugees?

A majority of the most recent group of immigrants has entered Germany by claiming asylum as refugees from war-torn Syria. This is a complicated matter, as investigators are finding many Pakistanis and other immigrants faking Syrian citizenship to gain sympathy and benefits. Many if not most of these refugees have come of age in nations where their views have been molded and shaped by media outlets routinely displaying an anti-Semitic bias.

Is it even thinkable that modern Germany, so conscious of its Nazi history, might again emerge as a persecutor of religious minorities? To the surprise of many, Bible prophecy reveals that it will, along with much of the rest of Europe, shortly before Jesus Christ returns to establish the Kingdom of God right here on Earth. The Book of Revelation tells us that a “Beast” power—a revival of the Roman Empire—will rise in Europe, which will profess loyalty to a prophesied “False Prophet” as its religious leader. This False Prophet will even perform what appear to be miracles, winning the allegiance of millions, even billions, around the world (Revelation 13:4). This religio-political system will persecute those who refuse to participate in its “counterfeit Christianity.”

Some observers expect that the growth of Islam in Germany, as well as the rest of Europe, will eventually provoke a backlash and lead to a resurgence of European nationalism and a desire to restore old values going back to the days of Charlemagne and his so-called “Holy Roman Empire.” Still others worry that in the time before any such backlash, the forces of secularism and resurgent Islam may change Europe in ways that starkly call to mind the times—as recently as the dark days of World War II—when European Jews lived in fear of persecution and even genocide.

What will this mean as we approach the end of this present age? For what should we be watching? To learn more, read our powerful article, “Resurgent Germany: A Fourth Reich?” and order our free booklet, Satan’s Counterfeit Christianity.