How should God's people view national holidays? Does God guarantee that His people will always find their national holidays to be times of rejoicing? Scripture, history and prophecy offer us a sobering warning.

For much of the English-speaking world, the summer is a season of national holidays. July 1 marks Canada Day. July 4 is Independence Day in the United States. On August 15, more than a billion citizens of India—one-sixth of the world's population—will observe their nation's Independence Day.

How should God's people view national holidays? We are "strangers and pilgrims" (Hebrews 11:13) on Earth. Our citizenship is in heaven (Philippians 3:20). True Christians must in one sense recognize the absurdity of proclaiming personal or national "independence" when mankind is utterly dependent on God.

Yet the Bible describes God's people keeping national holidays with His approval. The Book of Esther introduces Purim, honoring virtuous Queen Esther who saved the Jewish people from the plotting of the king's chief servant, Haman. The Bible also refers to Hanukkah (John 10:22–23), which commemorates the Maccabees' successful struggle against Syria's King Antiochus, and their belief that God kept a ceremonial lamp burning eight days with just one day's oil. Jesus Christ Himself kept this national holiday, also called the Feast of Dedication, showing by example that Christians can honor their nations without dishonoring God.

Like the Jewish people at Hanukkah, Americans can on July 4 thank God for what He has done for them as a nation, and individually. Their nation's expansion and prosperity, properly understood, is not a sign of righteousness or the correctness of their cause, but rather of God's fidelity to His promises. God told Israel that He would withhold His promised blessings, as punishment for their sins, for 2,520 years after Israel's 721bc captivity. But His promise was unconditional so, beginning around 1800ad, the United States and Britain began to receive God's long-withheld promise, leading to a time of great wealth, expansion and world leadership unprecedented in history.

Two centuries later, the British-descended nations have fallen from the heights of their wealth and prominence, and the U.S.—though still the world's only "superpower"—is no longer the unchallenged moral, political and economic leader of the "free world." Much of the world sees the U.S. as a corrupter of youth and an exporter of culture-destroying filth, not as the guardian of democracy and freedom celebrated by the Independence Day holiday.

Yet millions in the U.S. will nevertheless rejoice on July 4. In stark contrast, on July 18, millions of Jews will with sadness observe Tisha B'Av—the ninth day of their calendar's month of Av. On that date, over the centuries, the Jewish people have suffered many tragedies. Both the First Temple and the Second Temple were destroyed on Av 9; the first in 586bc by the Babylonians and the second in 70ad by the Romans. These tragedies alone would warrant a national day of mourning. Yet Av 9 has gained further sad significance. In 1492, King Ferdinand of Spain demanded that all Jews leave his kingdom. Their deadline was Av 9. More recently, World War I began on Av 9 in 1914, setting in motion a time of European turmoil leading to the Holocaust.

The U.S. and British-descended nations still enjoy many of the blessings God once gave. But how have we handled them? Have we carried out a Holocaust of our own? Forty million aborted babies would say "yes"—if they could. Bible prophecy shows that we will, sooner rather than later, reap what we have sowed, as the English-speaking nations become pariahs in world affairs and many true Christians face horrific persecution—even martyrdom—for their faith.

As we enjoy our Independence Day celebrations, thankful for our blessings, we would do well to remember the example of Tisha B'Av. God does not guarantee that His people's times of remembrance will always be joyous, and Bible prophecy warns the U.S. and British-descended nations that severe trials are ahead. So as we rejoice this year, let us also remember the Source of our blessings, and our need for repentance—nationally and individually—before Him. 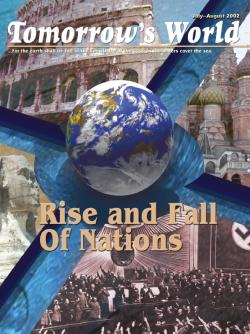 Rise and Fall of Nations 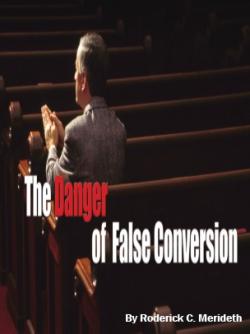 The Danger of False Conversion 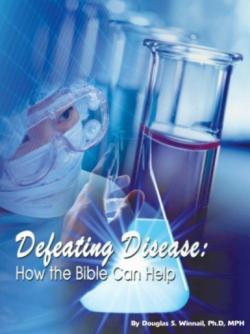 Defeating Disease: How the Bible Can Help