Why are these nations all experiencing similar troubles at the same time? Ancient Bible prophecies provide vital and informative answers—and those prophecies are coming alive today!

The United States, Great Britain, Australia, South Africa and the tiny Jewish state of Israel are all experiencing similar troubles at the same time! Once the most respected nation on earth, the U.S. has in recent years found its influence declining precipitously. More and more, Great Britain is finding itself "left out" of an emerging European superstate. Israel has very few friends or allies other than the above-mentioned English-speaking nations. Severe droughts have ravaged South Africa, and also Australia, as well as parts of the U.S. and Great Britain. Armed Muslim extremists, long a part of life in modern Israel, have brought their violence to the U.S. and Great Britain.

Why are these nations all experiencing similar troubles at the same time? Ancient Bible prophecies provide vital and informative answers—and those prophecies are coming alive today!

Many people who read the Bible today consider themselves too "modern" and "sophisticated" to take its words seriously. To them, Scripture is simply a collection of myths and allegories, mostly about make-believe people and events, in a murky and distant past.

Yet the God of the Bible makes a bold claim—that He can and does predict the future! "...I am God, and there is none like Me, declaring the end from the beginning, and from ancient times things that are not yet done, saying 'My counsel shall stand'" (Isaiah 46:9–10).

The Bible records that God, sometime before 720bc, told the prophet Hosea to record the warnings He was giving to several related nations, foretelling the consequences their peoples would face as a result of their sins. Hosea was inspired to write, "The pride of Israel testifies to his face; therefore Israel and Ephraim stumble in their iniquity; Judah also stumbles with them… Among the tribes of Israel I make known what is sure" (Hosea 5:5, 9).

Many careless Bible students wrongly assume that Israel and Judah are simply one nation, found today on a small patch of land in the Middle East. This common-but-mistaken assumption obscures the real meaning of Hosea's prophecy. When Hosea wrote, Israel was a kingdom composed of ten tribes in the northern part of what was later called Palestine, and Judah was a kingdom to Israel's south, composed primarily of two tribes: Judah and Benjamin. Together, these twelve tribes made up the "whole house of Israel"—with each tribe descended from one of Jacob's twelve sons. Genesis 49 reveals specific prophecies outlining the future characteristics of the nations that would develop from each of these twelve tribes.

After Hosea's time, the ten northern tribes that comprised Israel were carried into captivity in Assyria. From there, they later migrated into northwest Europe and the British Isles. From Britain they then spread to the U.S., Canada, Australia, New Zealand and South Africa.

Near the end of the seventh century bc—about 120 years after Israel fell to Assyria—the southern kingdom of Judah was conquered by Babylon. But unlike the inhabitants of the northern kingdom, whose descendants were mostly scattered to the northwest, a portion of the peoples of the southern kingdom returned to the area around Jerusalem after their captivity ended. Those returned captives built the Second Temple in Jerusalem and carried on their Jewish religion until that temple was destroyed by the Romans in 70ad and the Jewish people again began to scatter. To learn more about these ancient tribes, their migrations and their importance in Bible prophecy, please request a copy of our free booklet, The United States and Great Britain in Prophecy.

Today, the identity of the Jewish people is well-recognized. But only a very few who understand history and Bible prophecy are aware of the modern identity of the ancient Israelite tribes. Since many Bible prophecies are dual—applying initially, in part, to an ancient nation, then applying more fully to a modern nation (or nations) at the end of this age—we cannot truly understand the prophecies of Scripture unless we understand the modern national identities of Israel.

In Hosea's prophecy, Israel refers to the modern Israelite nations, of which the U.S. is the most prominent today. His reference to Ephraim indicates Britain and its descendants, the "multitude of nations" mentioned in Genesis 48:19. When Hosea refers to Judah, his prophecy is pointing to the modern Jewish nation known as Israel, and not to the other modern Israelite nations. Hosea's prophecy shows that the Israelite nations—including the U.S., Great Britain, Australia and South Africa—will stumble at the same time as the Jewish nation of Israel in the Middle East. This is exactly what is happening today!

Anyone following the news over the last few years has seen many news reports documenting the decline in U.S. influence around the world. Article after article has proclaimed "The End of Pax Americana," and survey after survey indicates concerns around the globe that the U.S. cannot be trusted to act responsibly in its dealings with other nations.

Analysts point out that American military forces are stretched dangerously thin, due to U.S. entanglements in Afghanistan and Iraq, and declare: "Failure in Iraq would be disaster for U.S." (Charlotte Observer, January 11, 2007)—all this while the U.S. dollar continues to lose value in relation to foreign currencies. Other studies see an ominous "gathering storm" of violent crime threatening America, along with a tidal wave of illegal immigration that is changing the cultural face of the nation. Britain faces similar problems of increasing crime and racial unrest fueled by waves of foreign immigrants, overstretched military units, and pressures from Europe to either "get in or get out." And while the U.S. and Great Britain fight terrorism on their shores, the Middle Eastern nation of Israel is besieged by armed Islamic extremists who want to eliminate that little country.

But why are major troubles besetting these specific nations at this point in history? The prophet Hosea revealed the cause of the problems in the Israelite nations. He wrote: "...Because you have forgotten the law of your God… Because they have ceased obeying the Lord" (Hosea 4:6, 10). This willing ignorance and disobedience has spawned a whole series of problems, "swearing and lying, killing and stealing and committing adultery, they break all restraint, with bloodshed upon bloodshed" (Hosea 4:2). Long before Hosea's time, God warned the people He had blessed and chosen to be a light to the world: "When you have eaten and are full… Beware that you do not forget the Lord your God by not keeping His commandments" (Deuteronomy 8:10–11). Yet God foresaw the Israelite peoples' tendency to forget, so He inspired Moses to record sober warnings for their descendants: "I know that after my death you will become utterly corrupt, and turn aside from the way which I have commanded you. And evil will befall you in the latter days, because you will do evil in the sight of the Lord, to provoke Him to anger through the work of your hands" (Deuteronomy 31:29).

It is no coincidence that the growing troubles now threatening the Israelite nations have arisen while they are tolerating and promoting the abortion of millions of unborn babies, leading the world in adultery and divorce and celebrating homosexual relationships and same-sex marriages—all practices the Bible clearly calls abominations (Leviticus 18:20–22). Because of these flagrant sins, God reveals that these nations will "reap the consequences" of their actions (Jeremiah 2:17–19; Hosea 4:9–10). Scripture shows that God himself is "fashioning a disaster and devising a plan against" the modern Israelite nations, and that those disasters will come upon the nations "suddenly" (Jeremiah 6:26; 15:8). It is time to wake up to the power and relevance of Bible prophecy! 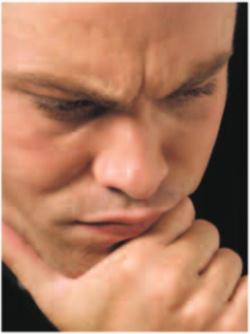 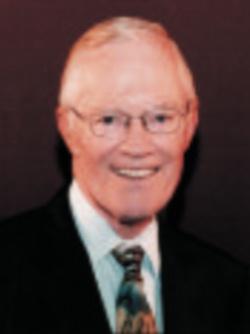 Do You Really "Watch"?