Who is now the sovereign authority over Great Britain? By giving her Royal Assent to the Lisbon Treaty, Queen Elizabeth II has brought about an unprecedented change of tremendous unrecognized significance.

On July 16 of this year, Queen Elizabeth II, Monarch of Great Britain and Northern Ireland and her territories, gave her Royal Assent to her country's acceptance of the Lisbon Treaty. Her act effectively marked the end of her position as Sovereign over a once great, independent nation that ruled vast areas of Africa, Asia and Australasia.

Along with Britain's Foreign Secretary, the Queen signed the instruments of ratification on special chlorine-free paper, which will not deteriorate over time. The documents were then sealed, bound in blue leather, and deposited with the Italian minister of foreign affairs in Rome.

What will be the implications of this event?

By ratifying the Lisbon Treaty, passed by both houses of Parliament prior to the Queen's signature, the British government has acquiesced to the European Union's "Common Foreign and Security Policy" as outlined in Articles 23 and 24 of the Lisbon Treaty. According to these articles, "The Union's competence in matters of common foreign and security policy shall cover all areas of foreign and all questions relating to the Union's security…" (Article 24, Paragraph 1).

Also: "The Member States shall support the common foreign and security policy actively and unreservedly in a spirit of loyalty and mutual solidarity and shall comply with the Union's actions in this area" (Paragraph 3).

And: "They shall refrain from any action which is contrary to the interests of the Union or likely to impair its effectiveness as a cohesive force in international relations" (Paragraph 3).

Britons (and other members of the European Union) should understand that this is serious. It means that they can no longer determine unilateral action for the defense of their country, nor form alliances with a second country such as the United States. They are now subservient to the High Representative of the Union for Foreign Affairs and Security Policy. This is a new title enshrined in the Lisbon Treaty soon to be filled when the treaty is enacted. Britain's Foreign Secretary will no longer have the final authority in matters of national security and defense.

If the European Union ever declared war on the United States, British forces could be called upon to use military action, including the use of their nuclear weapons.

Prime Minister Gordon Brown's Labour government ignored calls to hold a referendum, as had been promised at the last election. Labour assured voters at that time that a plebiscite would be held to give the electorate the right to say "Yes" or "No" to the European Constitution. When this constitution was changed to a treaty, officials announced that it was not necessary to hold a referendum.

What are the implications of these fast-moving developments in Europe?

The 27 member-states of the European Union are venturing into uncharted waters, wherein democracy is actually being eroded at the level of its member states as the EU progressively imposes its collective will on its constituent parts. The members of the Commission are appointed, not elected by the 490 million citizens of the Union.

Bible prophecy warns of a future dictatorship, arising in the area north of the Holy Land, which will dominate the world. This great economic, military and political behemoth is called a "beast" in prophetic language. It will exert its power not only over the people of Europe, but over the whole world. Bible scholars have often identified this beast with the Roman Empire, which has experienced several revivals over the centuries—and is in the process of its final manifestation.

Most Europeans do not understand just where they are headed. But you can know. Write for your free copy of our informative booklet, The Beast of Revelation. It will open your eyes to the meaning of current and future world events in light of Bible prophecy. 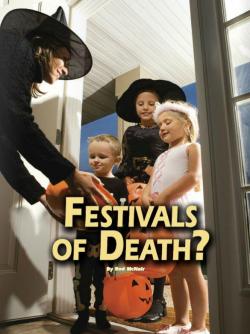 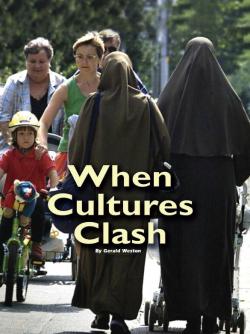 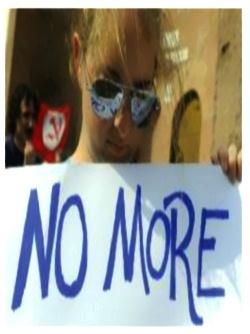