Can You PROVE What You Believe? | Tomorrow's World
Tweet

You must understand that—if you are willing to accept the plain words of the Bible—people are not truly "Christian" just because they profess the "name" of Jesus Christ. Most of the mainstream religions have done just that!

Most people smugly drift along through life holding ideas and beliefs that they have never proved! This may not be too dangerous when it involves opinions about sports teams, or about who was the world's greatest politician, the most beautiful actress or things of that nature.

I well remember growing up in a small Midwestern city. My family was average in most ways. Mom, Dad, Patty, Kathryn and I were the family—I was the oldest child. We attended one of the largest and most respected "mainstream" churches. My parents had both graduated from a small liberal arts college sponsored by our church. They were very devoted to the church, though not in a strident or fanatical way.

Some of my earliest memories include celebrating Christmas. My sisters and I were told that Santa Claus would come "sneaking down" our fireplace chimney and bring us presents the night before Christmas. It was an exciting time—lots of presents, a big family meal and "time off" from school!

Then we learned that the "Easter Bunny" would lay eggs and we had to look for them all over the house on Easter Sunday mornings. Later, we were told that Christ rose from the dead on Easter, but that certainly was not the focus of our attention.

In Sunday School, we drew maps of the Holy Land, and we memorized the Lord's Prayer and a few sentimental scriptures. But when we were drilled on the Lord's Prayer, it was never explained to us what "Thy Kingdom come" actually meant, nor the vital phrase, "Thy will be done on earth as it is in heaven."

Rather, we were taught that if we were generally "good" boys and girls we would just "go to heaven" when we died. Of course, Jesus Christ's direct statement, "No one has ascended to heaven" (John 3:13), was never discussed. And certainly no discussion ever occurred regarding the dozens of scriptures clearly describing the Christian's goal of assisting Christ in ruling this earth—such as 1 Corinthians 6:2–3: "Do you not know that the saints will judge the world? And if the world will be judged by you, are you unworthy to judge the smallest matters? Do you not know that we shall judge angels? How much more, things that pertain to this life?"

The sweet little old lady who taught us in Sunday School told us many times—as did others later—that Jesus taught in parables to make more clear the meaning of what He was saying. Apparently this sweet lady—like hundreds of sincere ministers and teachers—was unaware of Jesus' direct explanation of why He spoke in parables. "To you it has been given to know the mystery of the kingdom of God; but to those who are outside, all things come in parables, so that 'Seeing they may see and not perceive, and hearing they may hear and not understand; lest they should turn, and their sins be forgiven them'" (Mark 4:11–12).

But, you may exclaim, "Wasn't Jesus trying to save everyone?"

That, my friends, is why most people on earth have never been—and are not now—any kind of Christians. Only about one-third of the earth's population professes the name of Jesus Christ. Yet the Apostle Peter said "there is no other name under heaven given among men by which we must be saved" (Acts 4:12).

You must understand that—if you are willing to accept the plain words of the Bible—people are not truly "Christian" just because they profess the "name" of Jesus Christ. Most of the mainstream religions have done just that! For they constantly attach Jesus' name to all kinds of unbiblical ideas and beliefs. Yet Jesus clearly said, "But why do you call Me 'Lord, Lord,' and do not do the things which I say?" (Luke 6:46). Again, Jesus narrowed the field down a great deal when He very clearly said, "Not everyone who says to Me, 'Lord, Lord,' shall enter the kingdom of heaven, but he who does the will of My Father in heaven. Many will say to Me in that day, 'Lord, Lord, have we not prophesied in Your name, cast out demons in Your name, and done many wonders in Your name?' And then I will declare to them, 'I never knew you; depart from Me, you who practice lawlessness!'" (Matthew 7:21–23).

So have you honestly and objectively taken time to prove what Jesus Christ actually taught? And are you willing to act on that proof once it has come clearly and distinctly into your mind? Or are you like most people who are afraid to accept Truth because it may affect their relatives, their friendships, their jobs or their "social standing"? Are you, perhaps unwittingly, somewhat like the Pharisees of Jesus' day? "For they loved the praise of men more than the praise of God" (John 12:43).

I know that many of you reading this are ministers or various kinds of religious teachers. It is important for your eternal life—and for all of us—to understand the words and experiences of a great minister I am about to quote, who faced a similar dilemma in his life about being willing to stand up for truth, whether or not it hurt his professional or social standing. In volume 1 of his Autobiography, p. 528, Herbert W. Armstrong wrote:

I know of evangelists who probably are sincere in supposing they are serving God—and who would like to be free to proclaim many truths they now hold back. They reason something like this: "If I go farther, and preach those things, I'll lose all my support. I'd be cut off from the ministry altogether. Then I could preach nothing. Better serve God by preaching as much of the Biblical truth as possible, than to be prevented from preaching anything."

They are relying on the financial support of men, or of organizations of men. Anyone in that predicament is the servant of men, and not of God, whether he realizes it or not.

A man accosted me as I was walking along the gravel country road, between the Firbutte School and the Jeans School in the fall of 1933.

"You won't get far," he said. "You're preaching the straight truth of the Bible. That offends people. The Bible is like a sharp two-edged sword. It cuts—it reproves, corrects, rebukes—people won't support that kind of preaching! You won't get far."

Of course God does work through human instruments. But I had to rely on God to lay it on the hearts of people to support the kind of preaching that obeys Isaiah 58:1 by crying aloud—lifting up my voice and showing the people their sins!

My friends, each of us—deep down—should genuinely prove what we believe. For again and again, God's word tells us that Satan the devil "deceives the whole world" (Revelation 12:9); that Satan will soon be imprisoned so that "he should deceive the nations no more" (Revelation 20:3); that Satan is the "god" of this present age who has blinded those who do not believe (2 Corinthians 4:4) and that Satan has false ministers who will present "another Jesus," a "different spirit" and "different gospel" (2 Corinthians 11:4).

When eternal life is involved, we need to be sure about what we believe. So, we should cry out to God for genuine understanding. Then we should be willing to follow the Truth—wherever it may lead. With God's help, each of us will need to exercise real faith and courage to actually do that. 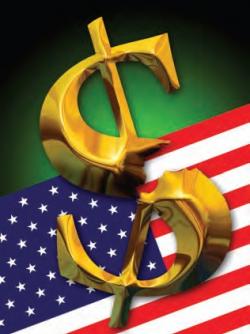 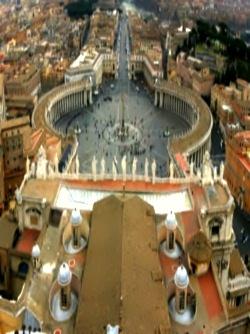