As 2012 gets under way, the European Union is facing unprecedented uncertainty and upheaval. The governments and peoples of Europe have become mired in social, political and economic distress that is throwing the future of the EU into crisis. Already the world outside Europe is feeling the effects, as national banks have flooded world markets with dollar liquidity, hoping to stave off global economic collapse.

Christine Lagarde, managing director of the International Monetary Fund, has said that Europe is now staring into the abyss of a lost decade of growth and progress. Economic data suggest things could well become worse than they were in 2008. Professor Simon Johnson, a former chief economist at the IMF, has even warned that the world is "looking straight into the face of a great depression."

Here is how the Economist magazine summed it up: "When the world's third-largest bond market begins to buckle, catastrophe looms. At stake is not just the Italian economy but Spain, Portugal, Ireland, the euro, the European Union's single market, the global banking system, the world economy, and pretty much anything else you can think of" (November 12, 2011, p. 13).

Where is this economic and political chaos heading? How will it affect Europe, and Great Britain in particular? And how do today's fast-moving events fit in with Bible prophecy?

The European Union, so painstakingly constructed step-by-step over the past half-century, has come under intense pressure to unravel in the face of harsh economic realities. Critics from the very beginning said that the idea of uniting all the disparate nations of Europe into a supranational entity with one common currency was hubristic and destined for failure. And today we see the very foundations of the EU and its euro currency being shaken to the core, in the midst of a grand scramble to impose austerity measures, pay off debt, and balance national budgets. EU leaders struggle to contain rampaging financial markets. Many have concluded that the euro cannot survive without extensive reform and restructuring.

At the heart of the EU's plight lies the Eurozone, the 17 countries that share the euro as their common currency. Some of its members, such as Greece, were allowed to join despite economies that scarcely satisfied the entrance criteria. Weaker Eurozone economies riding on the strength of the euro could rack up large debts, borrowing what became "cheap money."

The global "credit crunch" of 2008 hit hard at those debt-laden countries bound to the euro. These nations no longer had the flexibility to exert control over their own currency. Neither was there a "lender of last resort" within the Eurozone, to which troubled countries could look for help. It soon became clear that the richer Eurozone countries would be pressed to bail out the poorer ones, a project that involved ever more vast sums of money as the crisis deepened, to the point where even the healthiest economies could no longer afford it.

So, it is no surprise that Germany—the EU's largest and healthiest economy—has begun to assume preeminent control over the Eurozone. And observers are noting that what Germany wants, Germany is determined to get—even if this means overruling democratic accountability in the process.

Mindful of the devastating hyperinflation that racked the Weimar Republic between World War I and World War II, Germany has no fondness for an Anglo-Saxon "market-led" solution that would involve printing more money to cover debts. Rather, Germany is pressing for greater responsibility among political leaders, matched by austerity, balanced budgets and the paying down of debts. To facilitate this, Germany is leading the push for a revision of EU treaties to enable even greater political and economic union, including measures for removing from the Eurozone any countries that fail to fulfill their responsibilities.

What we are now facing is a standoff between the financial markets and the German-led solution. At stake is the collapse of the euro and the breakup of the Eurozone, with collateral damage to the world economy that could spread like a contagion and draw the United Kingdom, United States and other nations deeper into financial crisis.

Can the United Kingdom withstand German-led pressure to become more involved with the troubled euro? The nation now faces the threat of a German-inspired financial transaction tax that would threaten London's status as a world finance hub. Some doubt that Britain can retain its favored "arms length" distance from the Eurozone while retaining good relations with other EU countries. Germany and France, in particular, resent the UK's present "semi-detached" relationship with the EU, but the British seem firm in their determination never to arrive at the status of vassals to a German-dominated union of nations.

Will the EU be able to hold on until calmer waters can be reached? Or will overwhelmingly powerful economic, social and political forces cleave the EU asunder, resulting in a smaller and more effective union—or even a new union altogether? Short-term developments are brewing even while this magazine is on press. Thankfully, a much-neglected authority gives us a framework for the longer-term answer.

The Bible paints a dramatic picture of a short-lived, comprehensive realignment of nations within Europe. This, we believe, is exactly what is now tortuously forming within Europe. A new Europe will rise out of all the chaos to burst onto the world stage. It may take some time to form, but it is on its way.

There will come a union of ten nations within Europe that will surrender their sovereignty to one overall strong leader for a short time (Revelation 17:11–13). This leader will ally with a major European religious leader (vv. 3–6). Together, they will resurrect the Holy Roman Empire to project their philosophy, ideology and power onto the world at large (v. 18). It will become a time of immense peril. The Bible predicts that Britain and America, as well as many other nations, will fall victim to this short-lived world power.

God will use this nascent superpower to punish the Anglo-Saxon peoples of Britain, America, Canada, Australia and New Zealand, amongst others—who have gone astray through rebellion and ignorance (v. 17). For more on this topic, request your free copy of The United States and Great Britain in Prophecy.

For many, this remarkable biblical perspective seems fantastical and unbelievable. But it is nonetheless true and it will happen just as God has predicted within the prophecies He has inspired. What we now see developing in Europe is setting the stage for a cataclysmic world crisis that will mark the end of human misrule, the intervention of Jesus Christ to prevent human annihilation, and the setting up of Christ's earthly rule in the Kingdom of God (v. 14).

The prophet Daniel best summed up this age-changing series of events when he interpreted Nebuchadnezzar's dream: "And in the days of these [ten] kings the God of heaven will set up a kingdom which shall never be destroyed; and the kingdom shall not be left to other people; it shall break in pieces and consume all these kingdoms, and it shall stand forever... The dream is certain, and its interpretation is sure" (Daniel 2:44–45).

You urgently need to understand the prophesied world events that are bearing down fast upon this generation, and how you should respond. Write for our free booklet Fourteen Signs Announcing Christ's Return to learn more. It could be later than you think. 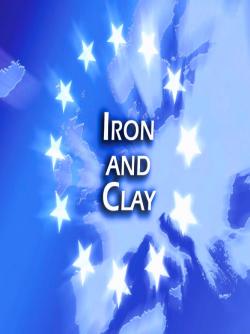 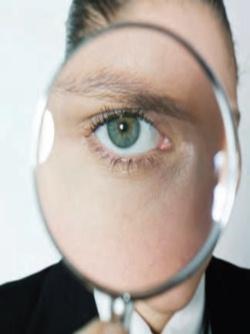 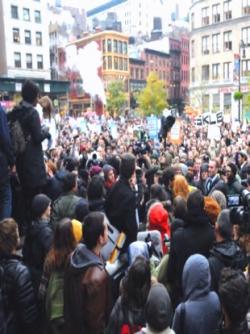