The English suspicion of “all things European” harks back centuries—a suspicion certainly reinforced by the Spanish Armada, Napoleon and Adolph Hitler. For many Britons, there have been too many continental tyrants who have cast covetous eyes on their “sceptered isle.” Englishmen have eschewed any ruler who wants to impose his will on a nation whose people value their freedom more than almost anyone else in Europe. Why has this been so?

Who Are the English?

England derives its name from the Angles who—along with the Saxons and Jutes—arrived from modern-day Germany and Denmark soon after the Romans left Britain in the fifth century. Clearly there are regional differences in the country after waves of invasion and migration. For example, the pragmatic southerners are considered to have too much of the “stiff upper lip” by the warmer, more convivial northerners.

What is virtually unknown is that the three tribes of people mentioned above had come into northwestern Europe only a few centuries before their arrival in England. But where did they come from?

Saxons Are the Sons of Isaac

Most historians acknowledge that the Germanic tribes arrived in the Rhine, Weser and Elbe river valleys from the Scythian region between the 1st century bc and the 3rd century ad. They were accompanied by another people who spoke a similar language but chose to settle in the coastal regions from Normandy as far north as Scandinavia.

English historian Sharon Turner’s work, History of the Anglo Saxons (1836, Volume 1, pp. 100–101) states, “Ptolemy [the Roman geographer] mentions a Scythian people, sprung from the SAKAI, by the name of Saxones… Sakai-Suna, or the Sons of the Sakai, abbreviated into Saksun, which is the same sound as Saxon, seems a reasonable etymology of the word, Saxon.”

Other historians have often made the easy connection between the name “Saxon” and “Sons of Isaac” of biblical fame.

Why would these Saxons—who were to later settle in Southern England and give their name to Essex (East Saxons), Sussex (South Saxons) and Middlesex (Middle Saxons)—want to perpetuate their connection with the name of Isaac? The answer is that Isaac’s son Jacob, also named Israel, bequeathed his father’s name to his grandson Ephraim.

Just before Jacob’s death, he called his son Joseph to bring his two sons Manasseh and Ephraim to him. As he blessed the lads he said, “Let my name be named upon them” (Genesis 48:16). He crossed his hands so that his right hand was on the younger grandson’s head and his left hand on Manasseh’s. Joseph remonstrated but Jacob said, “I know, my son, I know. He also shall become a people, and he shall be great; but truly his younger brother shall be greater than he, and his descendants shall become a multitude of nations” (v. 19).

These two sons have become, in the latter days, Britain (Ephraim) and the United States of America (Manasseh).

The inhabitants of Britain today are made up of several groups other than the Angles, Saxons and Jutes. These include the indigenous Britons (Welsh, Picts, Scots, Irish and Cornish); Danes and Norwegians from the Viking invasions and lastly, the Normans. The most numerous, however, are the Saxons, living in the southeast of the country.

Ephraim’s brother Manasseh’s descendants lived with their brother until the time came for them to depart for North America from the seventeenth century onward.

Many of these “Manassehites” were domiciled in Anglia. Notice what John Ogwyn wrote on page 36 of our freebooklet, The United States and Great Britain in Prophecy:

“New England, for instance was settled primarily by immigrants from East Anglia. Certain parishes of this South-Eastern part of England were almost emptied of population between 1629 and 1641, as whole family groups migrated en-masse. ‘Today, East Anglia seems very rural by comparison with other English regions. But in the early 17th century, it was the most densely settled and highly urbanized part of England, and had been so for many centuries’” (Albion’s Seed, p. 43).

Subsequent migrations of Englishmen from other counties swelled the population of the United States.

One has only to go to a map of New England in the United States to find place names such as Norwich, Boston, Cambridge, Lincoln and Peterborough. All these place names originate in the areas of East Anglia or nearby.

God warns His people to heed well the consequences of despising His laws. A hundred years ago, as Great Britain prepared for war, the majority of Englishmen believed in God and the Bible. There had been a long-lasting sense of identity between them and the King James Version of the Bible, first published in 1611. To ridicule or make fun of the Bible would have been considered blasphemous. Reverence for the Bible was much the same as it is today for Islamic people to revere the Qur’an.

Our great grandparents would be shocked if they could read the secular, humanistic pronouncements of church leaders today. To think that homosexuality could be upheld by the mainstream Protestant churches and even openly practiced by the clergy would astound them. The widespread acceptance of sex before marriage and divorce would have been unthinkable amongst the majority of them.

The book of Leviticus warns us, “and if you despise My statutes, or if your soul abhors My judgments, so that you do not perform all My commandments, but break My covenant, I also will do this to you: I will even appoint terror over you, wasting disease and fever which shall consume the eyes and cause sorrow of heart. And you shall sow your seed in vain, for your enemies shall eat it. I will set My face against you, and you shall be defeated by your enemies. Those who hate you shall reign over you, and you shall flee when no one pursues you” (26:15–17).

Britain and America’s recent troubles in Iraq and Afghanistan make it seem as if God wrote the script for them 3,500 years ago. Notice how these words of Scripture foretell Britain’s future, “I will bring the land to desolation, and your enemies who dwell in it shall be astonished at it. I will scatter you among the nations and draw out a sword after you; your land shall be desolate and your cities waste” (Leviticus 26:32–33).

Britain has “waived the rules” and no longer “rules the waves.” The well-known patriotic song, “Rule Britannia” from which these words are taken proudly states, “Britons never, never shall be slaves.” Sadly, Scripture warns that a time of slavery is yet coming for the once-proud British people, as well as their American cousins. 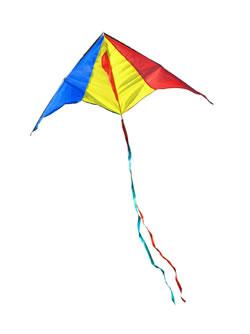 A Lesson in Kite-Flying 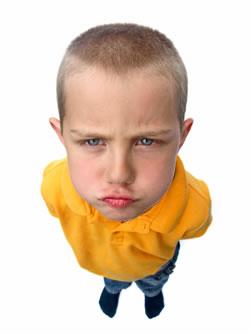