Have You Caught the Fire?

Is Hunger Games a good influence on Christians, or should the movie series give us pause to reflect on our own values?

Do you hunger for righteousness, or for something far less lasting?

“Happy Hunger Games!” is the greeting from Suzanne Collin’s blockbuster sensation Hunger Games. Last November, Catching Fire—the second in what is now planned as a four-part Hunger Games movie series—blasted to box office success, gaining the sixth-highest opening weekend revenue in history. Six months after its release—long after most movies have run their course and gone to DVD—Catching Fire was still being shown in a few theaters.

Fans who flocked to the film often wished each other “Happy Hunger Games!” via texts, tweets and social media messages, as they made the pilgrimage to theaters. Now, millions are awaiting the November 2014 release of the third movie in the series, Mockingjay—Part 1. The series seems to have developed an avid cult following.

Even some Christian parents are among the movies’ fans, attending along with their children. They appreciate the action-packed plot, and its engaging heroine who is beautiful, powerful and intelligent, cheating death while outsmarting and leading the weaker-minded and less resilient men around her.  And they enjoy rooting for the underdog.  But is this movie series something Christians should really be “happy” about?

Set in a futuristic world, Hunger Games depicts a two-caste system where a wealthy, hedonistic ruling class suppresses the masses, exploiting them for their own pleasure. In the movie, Hunger Games is a futuristic reality show modeled after the Roman gladiatorial games. Male and female representatives (ages 12–18) from twelve working-class districts fight to the death, while the sadistic elite—foolish, arrogant, voyeurs, excited by blood and brutality—watch their every move with eager anticipation. Intrigue, lust, vanity and brutality permeate the movies.

The sad but obvious irony is that while Hunger Games asks viewers to look down condescendingly on the self-centered and bloodthirsty elite the movies portray, it is moviegoers themselves who are fulfilling a shockingly parallel role, finding thrills in the depiction of blood, violence, intrigue and the overthrow of a subjugating government.

So how should true Christians view a movie series like this one? The answer can  be found in the pages of your Bible!

The book of Isaiah contains God’s warning to the ancient nation of Judah. He directed Judah to change its pagan and violent ways, lest He be forced to destroy them—a warning that is also applicable to us today. God clearly tells His people: “He who walks righteously and speaks uprightly… who stops his ears from hearing of bloodshed, and shuts his eyes from seeing evil,” will be blessed by Him (Isaiah 33:15).

If we revel in movie violence, are we really stopping our ears from hearing of bloodshed and our eyes from seeing evil? We are commanded not to “see” or even “think” evil (Ezekiel 20:7; Zechariah 8:17). Movies, and other entertainment such as video games, which motivate us to tolerate bloodshed and cheer for others’ brutal deaths, affect our minds and hearts and can damage our Christian character.

Satan tries his best to deceive and desensitize us. “It’s not that bad!” or “There are just three or four ‘bad parts’ in it!” But true Christians who love God and seek to obey Him will not seek excuses to tolerate evil.  Rather, they will keep their eyes, ears, and minds far from it (Psalm 97:10). They will “love good” (Amos 5:15) and seek to fill their lives with things that are true, noble, just, pure, lovely, of good report, virtuous and praiseworthy (Philippians 4:8). Those who are striving to live as Christians must raise the bar of morality and act in ways that do not contradict their words, becoming a “pattern of good works” (Deuteronomy 6:6–8; Titus 2:7–8).

As society catches the fire of the Hunger Games, Christians must instead be “on fire” for God’s Way, developing His perfect, holy and righteous character. 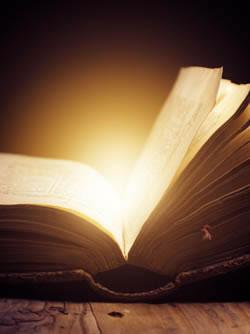 You Can Understand Prophecy! 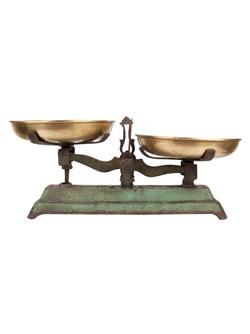 Bible vs. Quran: Where Is the Truth?