Which "World" Do You Live In? | Tomorrow's World
Tweet

It has been fascinating in my 84 years of life to observe the various "worlds" people live in. Most people are consumed by—and often limited by—the particular narrow world they inhabit.

Hundreds of millions inhabit the "media" world and gush with enthusiasm over the stars of movies and television shows. Others are engrossed in the "sports" world and marvel at the baskets sunk or yards gained or runs scored by their favorite sports heroes.

And there are "worlds within worlds." A golf fanatic may have very little knowledge of or interest in football.  An opera lover may be quite unfamiliar with most "rock" music, and a fan of the latest "boy band" may dislike or even disdain symphonic or choral music.

My Own Little "World"

When I grew up in the mining town of Joplin in southwest Missouri, my own "world" was basically limited to my friends and family and the local communities around Joplin. That "world" broadened when, as a young adult, I had the opportunity to spend 3½ solid months traveling in Europe. It was a real eye-opener to see thousands of basically "average" people going about their lives. In the evening, on the wide boulevards of Paris, Rome and Madrid, I would see entire families sitting at the same table while Grandpa drank his tea, a son and daughter-in-law drank wine and the younger children drank their soda pop. They were just going about their lives, no more sinful but no more righteous than the Americans around whom I grew up.

This experience helped me understand that the "true values" we should be seeking are not those of middle-American Protestantism or European Catholicism or any man-made "world" of ideas and practices. Rather, those values are found in the Ten Commandments—the inspired way God revealed centuries ago to our ancestors.  Any other "standards" of conduct invented by men are inferior and limited—because our own minds and understanding are limited, far inferior to the Creator who made us in the first place.

Many do not like to hear this! I will never forget the advice of my older second cousin, a very successful businessman. He drew a big circle, then marked off sections to show how we should devote various parts of our lives—to education, to work, to family, etc. He only marked a very small section for "religion"—which he said could be helpful at times but must never encroach on the "big things" of life, such as career and family.

In effect, he was telling me to put God in a "box"! Of course, God was not calling him, and I saw right through the fallacy of his reasoning. If there were no real God, his approach might be fine. But if there is a real God of the Bible—a powerful Spirit Being who created us, created the entire universe, created our minds and has a supreme purpose in mind for us, then we had better not "put God in a box"!

The Power of Religion

Today, as we see Boko Haram and ISIS capturing thousands of square miles of land, terrorizing entire cities and murdering countless opponents—all in the name of religion—it should be obvious that the "world of the spirit" is a major motivator to countless millions around the globe. We cannot ignore it and expect to survive.

What does this mean for you and for me? The inspired Word of God indicates that before Christ returns, the Arab world will unite under a figure called the "King of the South" (Daniel 11:40). He will rise against a soon-coming "Beast" power that will rise in Europe, involving hundreds of millions of human beings who will be so totally deceived that they will literally fight against Christ at His Second Coming (Revelation 17:14)!

This very magazine, and the entire Work that is behind it, has been raised up at the time of the end—the "latter days" of this present age, as the Bible puts it—to warn the nations that the Creator will soon intervene and completely stop the anti-God nonsense going on around us. The living Christ will soon come back as King of kings (Revelation 11:15). He will change civilization, putting an end to the constant competition, deception, infidelity, murder and so many other horrible practices that—sometimes even in the name of religion—go on today.

What about you?  If you are willing to prove to yourself that there is a real God—our Father and our Creator who made us and gives us life and breath—and if you are able to prove to yourself that the Bible is the inspired revelation from that God, then you had better act. You need to study, to meditate and to "seek" God with all your heart. Anything else is foolish! Almighty God told our ancestors what their descendants would need to do when they are finally taken into captivity at the end of this present age: "But from there you will seek the Lord your God, and you will find Him if you seek Him with all your heart and with all your soul. When you are in distress, and all these things come upon you in the latter days, when you turn to the Lord your God and obey His voice" (Deuteronomy 4:29–30).

Do you understand? More than any other "world" in which you can involve yourself, the world of God's Truth is the ultimate world that will affect your entire life far more than you can now imagine!

So, I challenge all of you dear readers to "go after it." The true God—the Creator and Governor of the universe, the One who inspired every word of the Bible—will give you understanding, strength and help if you truly "seek" Him as most of you readers have never done before.

We in this Work are here to serve you. We sincerely want to help you. We could gain a much bigger following by preaching "mainstream" falsehoods—but we want to help the few who sincerely want to learn and practice the Truth. If you have not already done so, please order our free Tomorrow's World Bible Study Course.  You can order it at TWBibleCourse.org, or you can contact the Regional Office nearest you (listed on page 4 of this magazine). I strongly encourage you to begin to study the Bible as never before. And study all of our free literature—especially the Tomorrow's World Bible Study Course. If you do, it will change your "world" like nothing else ever could—if you are willing to take the time to study and to act on the supreme purpose God is beginning to reveal to you through this very Work of your Creator and your God! 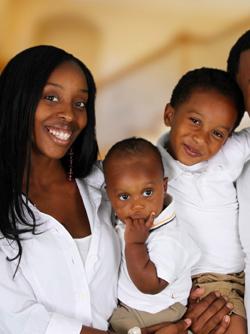 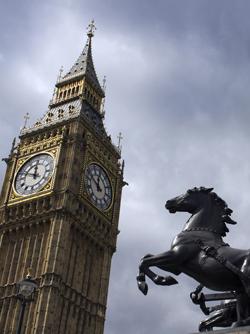 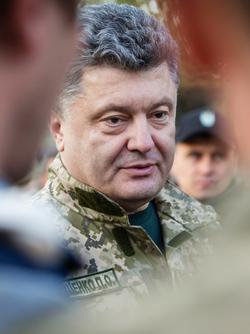