Though the Creator God created mankind in His own image, an increasing number of people have decided that it is time for humanity to take charge of its own destiny and to transcend the limitations that have long been considered part and parcel of being a "human being."

The philosophy of "transhumanism" has inspired both professional researchers and garage-based "biohackers" to push past mankind's apparent biological limits to recreate mankind as something beyond human.

Through medicine and nutrition, through advances in technology and engineering, or even through direct genetic or biological alteration of the human physiology and anatomy, the race is on to create a new kind of human—stronger, smarter, and faster, and with lifespans that far outlast those of today's puny mortals.

So, can we really reshape our species and transcend our humanity? If so, should we?

Could human beings, through medicine and science, regain the sort of lifespans that were once enjoyed by the likes of Adam and Methuselah? One major front of the transhuman movement involves longevity.

Recently, scientists have noted instances where diabetics using the drug metformin have actually lived 15 percent longer than those without diabetes, and they are pursuing tests to use the drug as an anti-aging pill for otherwise healthy people.

But only adding another ten or twelve years is "small change" compared to other research in the works. Scientists at the University of Southern California were able to extend the life of baker's yeast cells to ten times their normal length—the equivalent of a human being living 700 to 800 years! Due to similarities in genetics, many hope the results will transfer to humans. As the study leader said, "We're setting the foundation of reprogramming healthy life" (USC News, January 14, 2008).

Many hope that with the causes of aging and illness identified, cataloged and addressed, advances in medicine and science will allow humans to live forever, all while enjoying bodies the equivalent of a young person, 20 to 25 years old.

In the realm of technology, mankind has long used his capacity for invention to make up for deficiencies caused by injury or disability. From simple crutches and eyeglasses, to robotic leg braces for the paralyzed and artificial eyes for the totally blind, we have long sought to intervene in human capacities to regain or replace what has been lost to time and chance.

Yet the transhumanist seeks to go further than merely replacing lost function by using technology to actually expand human capacities beyond normal limitations—even adding new "senses" or abilities that no human being naturally has. Many see adding high-tech machinery permanently to our body as a way to help humanity accelerate its "progress" and choose its own next step in what is seen as its "evolution." The science fiction term for such technologically enhanced individuals is "cyborg"—yet cyborgs are no longer confined to the realm of science fiction.

The London Daily Telegraph reported on several "real life" individuals who have modified themselves with technology. Examples included a man who added a compass under his skin to give him a built-in sense of direction, another whose prosthetic eye was replaced with a high-tech device that wirelessly records everything he sees, and one with chips embedded in the flesh of his hand to give him wireless access to his computer, car, and house. British engineer Kevin Warwick even had electrodes attached to the nerves of his arm, directly connecting him to a computer that lets him control a robotic arm and wheelchair using his thoughts alone. He told The Telegraph, "I was born human, but I believe it's something we have the power to change" ("The Real Cyborgs," October 20, 2014).

Perhaps no agencies have embraced the "transhumanist" agenda quite as completely as military ones such as the United States' Defense Advanced Research Projects Agency, commonly known as DARPA. In its November 2011 article "'Super soldiers': The quest for the ultimate human killing machine," The Independent describes several such "super soldiers" projects. They included pills that help soldiers work at full capacity for a full 48 sleepless hours, drugs that alter memories so as to remove trauma and guilt, and head gear that applies magnetic fields to the brain to dramatically enhance learning ability and reasoning skills. Companies like Lockheed and Raytheon have developed futuristic "exoskeletons"—machines soldiers strap to their arms and legs to give them super strength and endurance, allowing them to effortlessly accomplish feats such as lifting and carrying 200 pounds and running 10 miles per hour without any noticeable exertion.

What To Think of "Transhumanism"?

How should a Christian react to such efforts?

While work to alleviate suffering and provide avenues for the disabled is often commendable, the efforts to exceed humanity's limitations should be seen with a mindful and cautious eye.

It is no surprise that such feats, and even more, are within our reach. God, Himself, remarked at the Tower of Babel that when humanity works together "nothing that they propose to do will be withheld from them" (Genesis 11:6). We reflect our great Designer and Creator, and our ability to design and create is vast!

Yet therein is a truth that transhumanists sometimes treat too carelessly: We do reflect our Creator and are made in His image (Genesis 1:26)! To disdain the human form and design is to risk disdaining a gift of God humanity uniquely possesses.

Our mortality is a product of our sin (Romans 6:23), and efforts to bypass our limits without acknowledging their source—spiritual weakness and sin against our Creator—miss the mark and are doomed to failure! The concept of extreme "reengineering" of ourselves according to our own fancy and desires, to the neglect of God's purpose for us and His desires for our lives, can be reminiscent of the original choice of Adam and Eve in the Garden of Eden: choosing our own way over His.

And all of this ignores the life and purpose of the only One in the entire history of mankind who has actually achieved true "transhuman" status: Jesus Christ! Though once flesh and blood like the rest of us (John 1:14; Hebrews 2:14), He now exists in the fullness of the divine glory of God, Himself (John 17:5; Hebrews 1:3)!

And He offers that same fullness to those who will follow Him. Those who truly wish to transcend humanity can do so! In fact, that is the very purpose of mankind—to eventually infinitely exceed the limits of the flesh and to enter glory in the Family of God, Himself. But it will never happen through gadgets or pills or million-dollar machines from DARPA. It will be given only to those who are willing to live God-fearing lives, within their very human limits now, while keeping an eye on the reward Christ is bringing with Him then (1 John 3:1–2). 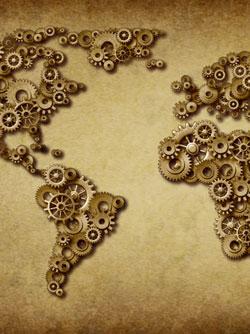 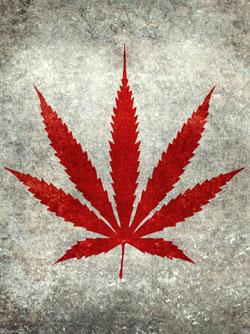