From Belief to Faith

I was recently challenged with a good question from a teen: What is the difference between believing and faith? On the face of it, it appears that the two concepts could be the same, and for many people they are. It was a helpful question for me personally because it caused me to analyze the two ideas more closely. While in many applications the two words can be used interchangeably, there is one important distinction that is revealed in God's word.

What Is the Difference?

For the majority of the references to belief and faith in the Bible, the words are indistinguishable from each other. Indeed, the Hebrew word most commonly used for "belief" in the Old Testament "centers on the concepts of 'belief,' 'faith,' and 'trust'—terms that are by and large synonymous" (Expository Dictionary of Bible Words, edited by Stephen D. Renn, Hendrickson Publishers, Inc., 2005). Likewise, "in most cases, the meanings 'belief' and 'faith' are interchangeable" for the most common Greek word for "faith" in the New Testament (ibid.).

This "sameness" might lead one to believe that there really is no difference between the two concepts. In fact, the idea that belief and faith are basically the same is a major tenet of Protestantism where one has to simply "believe" in the name of Jesus Christ in order to be saved.

Acts 16 is one New Testament example some cite to suggest that belief alone is sufficient for salvation. The Apostle Paul and his companion Silas found themselves in prison in the Roman city of Philippi, which is located in modern-day Greece. While the two men prayed and sang hymns to God at midnight, an earthquake struck suddenly and caused the doors of the prison to open and all of the prisoner's chains to loosen. The confused jailer, roused out of sleep by the commotion, assumed all the prisoners had escaped. Knowing a jailbreak under his watch would mean execution, the guard prepared to commit suicide. Paul stopped the man by assuring him that all prisoners were still present. Overwhelmed by the unusual events, and believing that Paul possessed the truth about salvation, the keeper of the prison "ran in, and fell down trembling before Paul and Silas. And he brought them out and said, 'Sirs, what must I do to be saved?'" (Acts 16:29–30).

The answer was "believe on the Lord Jesus Christ, and you will be saved" (v. 31).

Based on scriptures such as this, millions of professing Christians are convinced that simply believing on the Lord Jesus Christ is enough for salvation. In fact, they ridicule as "salvation by works" the idea that their belief is expected to produce any tangible evidence of how that belief is making any difference in their lives.

This highlights one key difference between belief and faith. In many ways, belief is an internal act of mental or intellectual acknowledgement, while faith is belief in action. Each is necessary, but one lays a foundation for the other—stirring our faithful response to the God in whom we believe.

Paul wrote: "But without faith it is impossible to please Him, for he who comes to God must believe that He is, and that He is a rewarder of those who diligently seek Him" (Hebrews 11:6). This scripture describes a faith that has two requirements. Not only must one believe in God's existence; one must understand that He rewards those who diligently seek Him.  Examining these two aspects can help us understand the difference between belief and faith.

Belief in God is a necessary first step. Obviously, we would not obey a God in whose existence we do not believe. But is belief enough?  James wrote: "You believe that there is one God. You do well. Even the demons believe—and tremble!" (James 2:19).  As former angels—creatures who once had access to God's throne in heaven—the demons have absolutely no doubt about God's existence. Yet their belief does not cause them to obey the God in whom they believe. This is where the second requirement of faith becomes important.

One who believes God "is a rewarder of those who diligently seek Him" believes that what we do—how we live our lives—matters to God. This understanding connects our belief to our action.  It is what caused the righteous men and women cited in Hebrews 11 to perform acts that demonstrated their faith.

The Example of Abraham

Genesis 15:6 says that Abraham "believed in the Lord, and He accounted it to him for righteousness." Taking this scripture alone seems to indicate that belief in the Lord is all that is necessary to be considered righteous. But James, the brother of Jesus, forcefully argues that without backing it up with action, belief is simply not enough.

"But do you want to know, O foolish man, that faith without works is dead? Was not Abraham our father justified by works when he offered Isaac his son on the altar? Do you see that faith was working together with his works, and by works faith was made perfect?" (James 2:20–22).

Abraham believed that God could even resurrect Isaac back to physical life if He so willed.  This faith in God's power and goodness gave him the strength to obey God's command to sacrifice his son. "By faith Abraham, when he was tested, offered up Isaac, and he who had received the promises offered up his only begotten son, of whom it was said, 'In Isaac your seed shall be called,' concluding that God was able to raise him up, even from the dead, from which he also received him in a figurative sense" (Hebrews 11:17–19).

Anyone can claim to "believe God"—but backing up the claim with action is why God accounted Abraham's belief as righteousness.

God is looking for the same kind of faith from all who claim to believe in Him. This is one of the reasons why our obedience to His instruction is necessary.

As a young person, perhaps you are being tested for the first time to obey God's instructions on important issues such as Sabbath-keeping, tithing or abstaining from sexual sin. Yet simply professing to "believe" in these behaviors is not enough to prove that one believes God "is a rewarder of those who diligently seek Him." Like Abraham, we back up our assertions of belief with our demonstrations of living faith. As Romans 1:17 says, "For in it the righteousness of God is revealed from faith to faith; as it is written, 'The just shall live by faith.'" 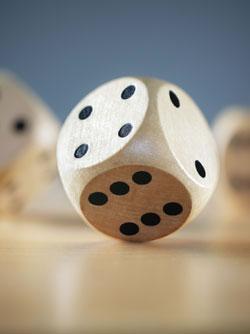 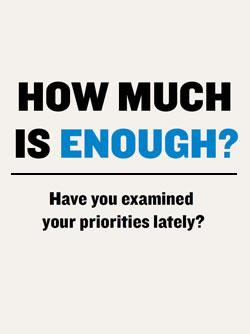 How Much Is Enough? 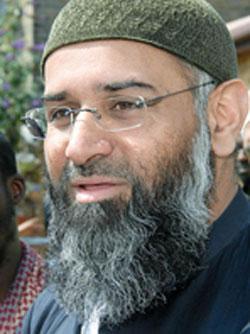