Suppose for a moment that your employer came to you with the news that you would henceforward be required to work longer hours for a lower wage. Indeed, everyone in your industry would have to make the same sacrifice. And unless you would accept these new working conditions you would be "locked out" of your job and prevented from working—your job would cease to exist.

How would you react to such disastrous news? Would you protest that your wages are already low and that you have a spouse and children at home—but then meekly submit when you find that your home circumstance makes no difference? Or would you choose to fight with all your strength to protect your profession and your family?

You then learn that the labour union will do its utmost to fight on your behalf by calling a strike. Such is the volatility of the moment that workers in many other industries decide to strike in sympathy with your plight. In no time at all, you find yourself part of a general strike that threatens the very fabric of your nation and the survival of your government.

Hard to imagine? Well, this is precisely what happened in Great Britain 90 years ago when—for nine days in May 1926—1.2 million coal miners went on strike and a half-million workers from other industries lent their direct support. Most people have long forgotten this singular event, but it holds important lessons for the turbulent times ahead of us. As increasingly alarmed voices tell us that "hard times are coming," it is worth recalling the details of this strike and reminding ourselves of important biblical principles that apply to employer/employee relations.

In 1914, around one out of every ten working men in Britain was employed in the coal industry. This made coal mining the most important industry in the country, and the miners' union a formidable force to be reckoned with. However, in the years following World War I, coal mining fell on hard times. Heavy domestic use during the war had depleted Britain's rich coal seams and less coal was being exported, allowing coal from other countries such as the United States, Poland and Germany to take up the slack. Many British mines were inefficient and in need of modernization. Productivity was waning and total coal output was falling.

All of this spelled crisis—but then the situation deteriorated further. As part of reparations after the war, Germany was allowed to re-enter the international coal market by exporting "free coal" to France and Italy, which produced an unwelcome fall in coal prices. In 1925, Britain reintroduced the gold standard and the impact of this sharply depressed domestic wage rates. At the same time, mine owners, wanting to maintain their profits, often insisted on longer hours and pay cuts that would see miners' wages declining to pre-war levels. All of this led ultimately to the loss of jobs, and soon miners formed the single largest group among the unemployed.

So it was no surprise that after so many years of dissatisfaction, the miners, led by a firebrand communist general secretary, were spoiling for a major "bust up" with their capitalist enemies. On "Red Friday" (July 30, 1925), a confrontation was defused when the government announced a nine-month subsidy to the coal industry. A Royal Commission was appointed to conduct an enquiry into the industry and draw up recommendations for its future. In hindsight, however, this was only a pyrrhic victory for the miners because it allowed the government time to thoroughly prepare for the inevitable conflict they knew was coming. By contrast, the miners' unions were scarcely prepared at all.

When the strike began on May 4, 1926, the miners and other workers (railway men, transport workers, printers, dockers, ironworkers and steelworkers) were completely committed to the cause and rapidly brought much of the nation to a standstill. However, the Trades Union Congress (TUC) that supervised the strike was actually not in favour of the strike and worked to undermine its effectiveness, as did the Labour Party—the political arm of the unions—and, of course, the government, neither of which supported the strike.

In retrospect, the strike was doomed from the start. The TUC prevented many workers in "secondary industries" from striking. The Labour Party distanced itself from the extreme left revolutionary elements that lay behind the strike. The government recast what was, at its heart, an industrial dispute as a political struggle that threatened "the road to anarchy!" The well-prepared government used every means at its disposal to fight the strike, including the army and navy, a volunteer force to maintain essential services, and a "militia" of special constables to maintain the flow of supplies.

On May 12, the TUC called off the strike, but the frustrated miners continued to strike until the end of November, by which time most miners had reluctantly gone back to work. In the end, they were forced to accept all the measures that had previously been imposed on them, so the strike gained them nothing. Indeed, the lesson of history is that calling strikes rarely, if ever, solves the problem.

Yet there is a solution to the problems that workers and employers face: we need to live God's way!

The Bible is quite explicit about practical principles that we might apply to the betterment of modern "industrial relations." Here are several that provide, in simple terms, the ultimate spiritual context in which to place human behaviour.

To employers God says, "Masters, give your [bond]servants what is just and fair, knowing that you also have a Master in heaven" (Colossians 4:1; see also Ephesians 6:9 "giving up threatening"). To employees God says, "[Bond]servants, be obedient to those who are your masters according to the flesh, with fear and trembling, in sincerity of heart, as to Christ" (Ephesians 6:5; see also Colossians 3:22). Ideally, each should be working for the good of the other! But, if an employer is harsh, that is still no excuse to rebel. We read: "Servants, be submissive to your masters with all fear, not only to the good and gentle, but also to the harsh" (1 Peter 2:18). We are also told to "count [our] own masters worthy of all honor" (1 Timothy 6:1).

One day—sooner than many expect—Jesus Christ will return and establish God's perfect government on this earth. Then, we will see a dramatic change for good in how we treat each other. In the meantime, we have to live in this world and make the best of what we have. Mankind's present economic system is essentially amoral and needs a system of morals attached to it, to make it work effectively for the common good. Applying Christian values and morality will ensure success in everything we do. 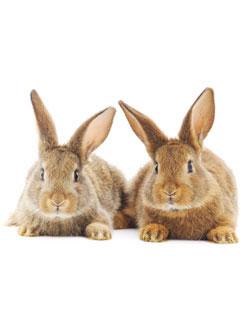 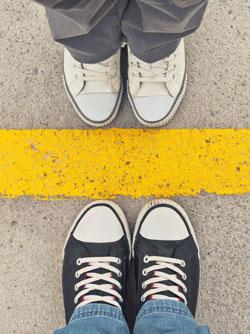