My memories of life as an infant are a bit foggy, but I do vaguely recall that my parents put a great deal of emphasis on success. One day, they removed all the sharp-edged furniture from my path, lifted me onto my feet, then gently coaxed me as I staggered across the room. Little by little, day by day, they helped me succeed in the challenging art of walking on two pudgy feet, and—before long—I became a full-fledged biped.

In similar fashion, I moved from joyfully cramming creamed corn into my mouth with my hands and learned, with a lot of time and practice, to eat with a utensil. Eventually the applesauce in my bowl was no match for me and my spoon. Thankfully, my parents were patient and had plenty of applesauce.

I didn't know it, but I was learning more than how to walk and eat with a spoon. I was learning two secrets of success. Here's the first one: "Success requires consistent work."

Disappointed? Hoping for an easier, less demanding path to success? The reality is that rule number one is clear, simple, timeless and unavoidable. Let's look at the two key words in this first rule.

In Genesis 1 and 2, we read that God rested on the seventh day of the week after six days of creating the world around us. The passage not only teaches us about the seventh-day Sabbath, but also shows us that God is not lazy! He does not avoid work, but savors what can be accomplished through intensive effort. God has designed and created a vast and complex universe, from the most massive star to the tiniest cell in our bodies. If we follow God's example, we will embrace work instead of trying to avoid it, and developing that attitude is the first step toward success.

For example, in math class you may be able to "slide by" for a time when the material is easy, but it gets harder. Successful students have learned that you don't get an "A"—and, more importantly, don't learn the material—without working hard by studying and practicing.

The same rule applies in sports. A competitive swimmer will swim hundreds and even thousands of yards as he strives to improve in the sport—and it is hard work, requiring both mental and physical effort. Anyone not willing to expend that effort simply will not succeed.

The Bible actually records many examples that demonstrate the importance God places on work and effort. For instance, God told ancient Israel, "The Lord will open to you His good treasure, the heavens, to give the rain to your land in its season, and to bless all the work of your hand" (Deuteronomy 28:12). In other words, if you don't work, you'll limit God's opportunity to bless you. And Nehemiah says that the walls of Jerusalem were rebuilt because "the people had a mind to work" (Nehemiah 4:6). It wasn't magic or "wishing"—it was work!

But it has to be more than making a big "extra effort" once in a while. Real success only happens when we add the additional quality of consistency to our work. Practicing the trumpet once in a while will not produce excellence. But practicing consistently every day for months and years can.

According to some scholars who have studied successful people, there is a "10-year rule": If you want to be really, really good at something, you have to put at least a decade of consistent, focused effort into it. University of Chicago psychologist Benjamin Bloom studied 120 elite athletes, performers, artists, biochemists and mathematicians, and he found that every person in the study consistently trained, worked and practiced for at least a decade before achieving international recognition (Ericsson, Anders K. with Niel Charness, Paul J. Feltovich and Robert R. Hoffman, The Cambridge Handbook of Expertise and Expert Performance).

You may not aspire to be an Olympic athlete, but you can still apply this fundamental principle of consistent work in your life—even in your life as a follower of Jesus Christ. Paul encouraged the church at Corinth, for example, to "be steadfast, immovable, always abounding in the work of the Lord, knowing that your labor is not in vain in the Lord" (1 Corinthians 15:58).

The second secret to success is this: "Success comes through incremental progress."

When we're babies, we develop and grow in small "baby steps." Our initial babbling and gurgling noises slowly transform into words around the end of our first year. "Dada" and "momma" are joined by one word, then another, until six months later a typical baby's vocabulary reaches fifty words. Little by little, as a young toddler we begin to add words to our vocabulary at a rate of one to three words per month. Our vocabulary continues to build until, as children, we learn new vocabulary at the rate of ten to twenty words every week. Then, over the next twenty-five years, a new word will be learned each day, reaching the point in our middle age where we'll have a vocabulary of 20,000 to 35,000 words! But, it doesn't happen all at once.

The same principle holds true everywhere we look. Plants begin as seeds, sprouting a small tendril from an earthy bed. The green shoot becomes a stem, with more leaves and more growth, day by day, growing and showing a promise of the full-grown plant it will be some day. Plants, animals, humans—we all grow and change slowly and in small steps.

Many want success to strike suddenly, like a bolt of lightning! But in reality, real success is more like constructing a building than being struck by lightning. In math class, you first learn that 2 + 2 = 4. Then comes 4 + 4 = 8. Dozens of math facts and concepts later, geometry, algebra and calculus await. Building an understanding of math is a "brick-by-brick" process. The same is true with sports, music and other skills—even building character and maturity. If we are willing to have the patience, perseverance and diligence to accept small steps of progress, we can reach big goals.

God teaches us through His Word to focus on one day at a time, one challenge at a time, one obstacle at a time. Jesus Christ tells us to seek God's kingdom and focus on today, "for tomorrow will worry about its own things" (Matthew 6:33–34). If we can be content and thankful for small daily improvements, we will be on the road to big success.

Perhaps the goal of some of your friends is to have an easy job, with little work and big pay. Little do they know that they're in for a rude awakening! Success in life follows a pattern that God stamped on our creation from the beginning. He worked, and He continues to work (cf. John 5:17). He worked to build His creation, and He's working to build us. If we are willing to apply ourselves to consistent and wholehearted work, and thankfully accept each degree of improvement, we'll taste success in our life. 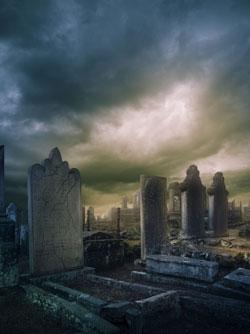 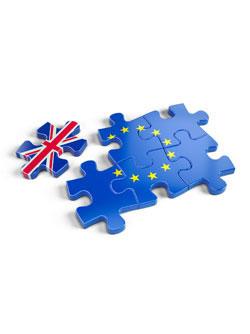 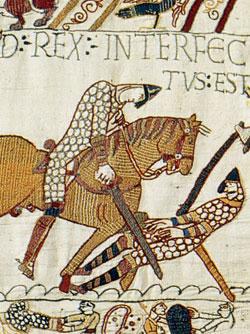