I recall my first real experience with hummingbirds. My wife had hung a hummingbird feeder from a pole behind our house, and after a few days the air itself seemed to be buzzing with the tiny birds. One was clearly attempting to dominate the space and would attempt to chase the others off, away from the feeder, but the other two or three would continue to come back for more, and before long there was a virtual "hummingbird war" going on!


Seeing an opportunity one afternoon, I began walking ever so slowly toward the feeder during one of these frenzied sessions, closer and closer, small step by small step. My gentle approach succeeded in allowing me to place myself right at the very center of the activity, and it was an amazing experience. The speed and agility of these diminutive birds—no longer than 3 inches-or-so—as they zoomed and whirred around my head was amazing to observe. The manner in which they could fly at blistering speeds, change direction in a split second, and even hover in midair made them seem like acrobats of the sky.

These marvels of God's design may be tiny birds, but they are big miracles! Let's consider for a moment the unique, divine engineering that the Creator has brought to bear in creating this beautiful gem of the bird world—the hummingbird.

First, how is the hummingbird able to perform such aerial acrobatics? Watch one for even a few brief moments, and you will see that they can not only hover in midair, but they can move in any direction—forward, backward, right, left, up, or down—without turning their bodies. And in the blink of an eye, they can go from hanging perfectly motionless in the air to zooming away at up to 60 miles per hour.

The immediate design element responsible for these remarkable abilities is the hummingbird's unique wings.

Most birds have wings that bend at the shoulder, elbow, and wrist, enabling the wing to fold as the bird brings it up and then to spread out as it pushes the wing down against the air. We see this flapping motion with virtually every bird in the sky, from the sparrow to the eagle. But not with the hummingbird!

The hummingbird's elbow and wrist do not bend, forming a stiff spine for the wing. However, the bird's shoulder is incredibly flexible, taking its wing through a unique "figure eight" motion, forward and backward through the air, like a swimmer keeping his head above water. And though the wrist does not fold like other birds, it is designed to rotate dramatically, twisting the wing almost 180° with each stroke. These design differences result in a wing specifically engineered to give the hummingbird powerful thrust with every single "swish" of its wings—back and forth, back and forth—unlike most birds which only generate thrust with their down strokes.

Still, the uncommon design of its wing-strokes would not be enough to give the hummingbird its remarkable abilities if it did not beat them quickly—and it does beat them very quickly. In fact, they have been measured to beat their wings 50 to 80 times per second! We call these birds hummingbirds due to the characteristic "hum" created by the furious motion of their tiny wings.

When you have to flap your wings 20 times in the fraction of a second it takes someone blink an eye, you have to have a support system that provides both strength and energy in a remarkable way. And the hummingbird has such a system. It has a higher proportion of muscle mass devoted to flight, for instance, compared to other birds, and those muscles have an enhanced ability to turn fuel into energy for movement over long periods of time. In fact, the ruby-throated hummingbird migrates thousands of miles between Canada and Panama twice every year, with a trip that includes a non-stop stretch of 500 miles over the waters of the Gulf of Mexico.

The amount of energy needed to power such feats is enormous. It's been estimated that if the energy needs of the hummingbird were scaled up to a creature the size of a human being, that creature would need to consume about 155,000 calories per day—the equivalent of more than 600 hamburgers per day!

Yet for such a voracious appetite, the hummingbird gets almost all of its energy needs from one single source: the nectar of flowers. And in this, the hummingbird displays a number of additional singular design features that highlight the engineering cleverness of the tiny bird's ingenious Creator.

For example, the tongue of the hummingbird has long been a mystery. For years, many scientists thought it soaked up nectar through simple "capillary action," much like a paper towel passively soaks up liquid through its fibers. But careful studies in recent years have revealed that this is far from the truth.

Upon examining it closely, the hummingbird tongue demonstrates a design seen in no other animal, allowing it to dynamically change shape in the presence of liquids. If you've ever tried to "grasp" water, you've likely found it an exercise in futility! Yet, the hummingbird's tongue does just that, with multiple curved structures that automatically open when entering liquid and then actively close to literally "grab" collections of liquid! Then, the bird draws its tongue back into its beak and throat, along with its cargo of sugar-laden nectar. Biologists continue to study the bird's digestion cycle, hoping to understand it. It seems God still has much to teach us through this tiny creature!

Other mysteries of the hummingbird continue to unfold as scientists devote themselves to this amazing little animal. For instance, in June 2016 the Proceedings of the National Academy of Sciences published a study about biologists' discovery that hummingbirds process visual information differently than other animals, helping them to avoid collisions as they fly like bullets through the thickly forested areas of the Americas.

Even in an animal so small as the humble hummingbird, there are still new insights to gain and new mysteries for mankind to solve! And every discovery, every surprise, and every unveiling of some new structure or unique element of design only reveals another example of a grand and brilliant Creator who clearly loves His creation and delights in His handiwork!

As the patriarch Job admonished his friends, "But now ask the beasts, and they will teach you; and the birds of the air, and they will tell you… Who among all these does not know that the hand of the Lord has done this"? (Job 12:7, 9).

Yes, the birds of the air can teach us that "the hand of the Lord has done this"—even those birds so small that they can fit in the hand of a child. 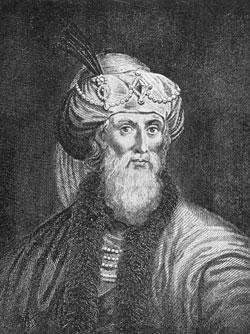 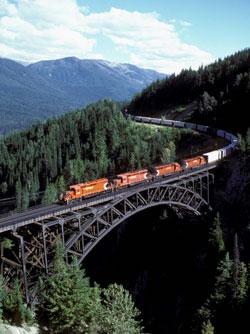