Driven by a sense of purpose and destiny, the United States spreads coastto-coast. Was an unseen hand at work?

Why did colonial America emerge as a major player on a world stage long dominated by Britain, France and Spain? What enabled the United States to become a world power? Why did America become the most powerful and influential nation in the world? Was America just lucky? Was this an accident of history or the result of shrewd American diplomacy—or were there other factors involved that are seldom mentioned today?

Unfortunately, many in our modern world have forgotten or never heard about evidence that indicates the “hand of God” or “Divine Providence” guided America’s ascent to greatness according to a “predetermined plan.” While this might sound strange to modern ears, there is abundant evidence for anyone with eyes to see that God intervenes in human affairs to guide the course of history and bring to pass what He has foretold (see Isaiah 46:8–11). As you will see in this article, the fulfillment of America’s “Manifest Destiny” was a major turning point in the history of the world.

The historical record of the settlement and development of the New World—especially North America—illustrates the “providential” nature of this major turning point. In the 1500s, Spanish and Portuguese navigators opened the New World to European exploration, and the pope issued a decree dividing these new lands between Catholic Spain and Portugal. This scene began to change in the 1600s, with the arrival in North America of the French, the Protestant English, and especially the Puritan Pilgrims who viewed their settlements in New England as a God-given Promised Land. During the early 1700s, the French and British fought each other for the control of territories in North America. Then, in the late 1700s, the scene in North America changed even more, when thirteen primarily Protestant colonies on the eastern seaboard declared their independence from Great Britain and eventually defeated the most powerful nation on earth. The colonial leaders readily acknowledged that their victory was the result of Divine intervention on numerous occasions (see “Miracles of the American Revolution,” Tomorrow’s World, July–August 2017). History records that it was the Americans who became dominant on the North American continent, not the Spanish, French or British—and that was a major turning point in history.

While critics have forgotten and may scoff, the belief in “divine providence”—that God guides the course of history and that He had a special destiny for America to play in His plan—was widely accepted in colonial America, and it has been an unbroken theme in American history from the pilgrims to the present (Providence and the Invention of the United States, Nicholas Guyatt, pp. 1–8). While skeptics doubt that God exists or has a plan, the Protestant English saw God’s hand in the defeat of the Spanish Armada, the pilgrims likened their voyage across the Atlantic and settlement in New England to Israel’s escape from Egypt across the Red Sea to the Promised Land, and colonial Americans saw their separation from and defeat of Great Britain as important parts of God’s plan (ibid., pp. 46–51). America’s founders “understood there was a force in the universe greater than themselves,” and this Divine Creator had “a plan for humanity” involving the United States—one that would change the course of history (A Nation Like No Other, Gingrich, p. 21).

Another factor that is also overlooked today is the importance of “geography as a decisive factor in the course of human history” (Prisoners of Geography, Tim Marshall, p. 7). What Europeans did not realize when they landed on the shores of North America was that the continent was a prime piece of real estate, protected by two oceans, replete with natural harbors and fertile soils, almost limitless amounts of timber, coal, oil, and even gold, an abundance of navigable rivers, and (in the Mississippi Basin) “the greatest inland water transport system in the world… from which flowed America’s route to greatness” (ibid., pp. 64–68). As one secular author writes, “Geography had determined that if a political entity could get to and then control the land ‘from sea to shining sea,’ it would be a great power, the greatest history has known” (ibid., p. 65).

Other sources note that “many historians have acknowledged the Providential preparation of America… that an Almighty, Overruling Providence, designed from the first, to place here a great, united people… and that no blind force gave our earth the forms so well adapted to perform these functions” (America’s Providential History, Mark Beliles and Stephen McDowell, p. 17). The young French observer Alexis de Tocqueville commented similarly in the 1840s that the vast land of America “seemed prepared to be the abode of a great nation, yet unborn…. In that land the great experiment was to be made by civilized man, of the attempt to construct society upon a new basis”—which was also part of this major turning point in world history (ibid., p. 17).

Following the Revolution, America’s new leaders embarked on a remarkable period of expansion. In 1803, Thomas Jefferson negotiated the Louisiana Purchase (from Napoleon, who needed funds for his European campaigns) that doubled the size of the United States and gained control of the Mississippi River system—the largest navigable river system in the world. In 1814, General Andrew Jackson defeated the British in New Orleans and gained control of the mouth of the Mississippi River. In 1819, Spain, preoccupied by troubles elsewhere, ceded Florida to the United States. In the 1840s, the United States acquired Upper California (which later became California, Nevada, Utah and part of New Mexico) and Texas as a result of the Mexican-American War, and obtained the Oregon Territory by treaty from Great Britain. The Alaskan Territory was purchased from the Russian Empire in 1867.

In less than a century after gaining independence, the United States achieved what many believed to be its “manifest destiny to overspread and to possess the whole continent which providence has given” (Manifest Destiny, Anders Stephanson, p. 42). In 1898, as a result of the Spanish-American War, Spain gave up its colonial empire in the New World, and America became a world power by acquiring the overseas territories of Puerto Rico, Guam and the Philippines—which guarded the Atlantic and Pacific approaches to the continental United States. Following two World Wars and a Cold War with Russia, America became the unquestioned superpower in the world as it spread its language, culture and values around the globe.

What few realize today is that the remarkable emergence and expansion of the United States was foretold nearly 4,000 years ago in the prophetic promises made by Jacob to his two grandsons, Ephraim and Manasseh. Ephraim was prophesied to become a “multitude of nations” (the British Empire and Commonwealth) and Manasseh (the United States) was to become a “great” nation and, as descendants of the biblical patriarch Joseph, they would both inherit the blessings of heaven and earth (see Genesis 48:14–20; 49:22–26; Deuteronomy 33:13–17). God’s intent was that these two Israelite peoples were to be “lights” to the world (Deuteronomy 4:1–10). This is why the emergence of America and Britain were major turning points in world history. 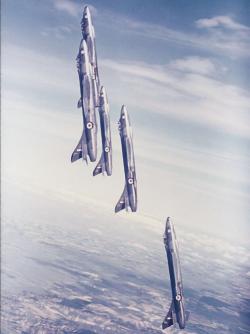 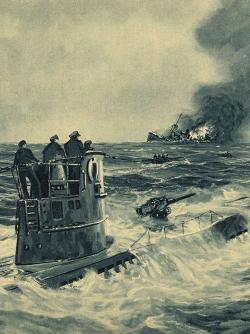