A New Magazine of Understanding!

The magazine you are now holding in your hands is definitely different, for our team at Tomorrow's World is dedicated to giving you more than just news and opinions. We will give you the real meaning behind today's news and the prophecies of tomorrow's world.

Our capable editorial team members are unafraid to stick their necks out. We will be controversial. We will be incisive. And we will also give you TRUTH that you will be unable to obtain from other sources.

We at Tomorrow's World believe in wisdom, balance and common sense. But we also believe in a REAL God— a personal God who intervenes in world affairs and guides the rise and fall of nations and empires. A God who — when He wishes — intervenes in the normal weather patterns to bring His punishments upon rebellious men and nations.

Speaking of how God has seemingly blessed and guided the destinies of the American and British peoples, Sir Winston Churchill told the United States Congress during World War II, "If you will allow me to use other language I will say that he must indeed have a blind soul who cannot see that some great purpose and design is being worked out here below, of which we have the honor to be the faithful servants."

We at Tomorrow's World believe in this transcendent God. Our God is the One who reveals Himself in the Bible. And we take the Bible literally. We believe that God stands firmly behind His Word. We believe that God has revealed Himself in this statement in the book of Daniel: "This decision is by the decree of the watchers, and the sentence by the word of the holy ones, in order that the living may know that the Most High rules in the kingdom of men, gives it to whomever He will, and sets over it the lowest of men" (Daniel 4:17).

You should know that we editors and writers of Tomorrow's World believe that we are in the prophesied "time of the end" (Daniel 11:40). Although we do not set exact dates, we believe that we are near the end of 6,000 years of recorded human history and that this time period will be followed by an epoch of 1,000 years.

This will be the prophesied Millennium when Jesus Christ will literally RULE this earth as King of kings (Revelation 11:15). This is the "Tomorrow's World" of which we speak. It will be a time of unparalleled peace and prosperity. It will be a time when Jerusalem will become the world capital, where leaders and nations will go to learn a new way of life based on God's spiritual law, the Ten Commandments: "Now it shall come to pass in the latter days that the mountain of the Lord's house shall be established on the top of the mountains, and shall be exalted above the hills; and peoples shall flow to it."

"Many nations shall come and say, 'Come, and let us go up to the mountain of the Lord, to the house of the God of Jacob; He will teach us His ways, and we shall walk in His paths.' For out of Zion the law shall go forth, and the word of the Lord from Jerusalem. He shall judge between many peoples, and rebuke strong nations afar off; they shall beat their swords into plowshares, and their spears into pruning hooks; nation shall not lift up sword against nation, neither shall they learn war any more" (Micah 4:1-3).

As we approach this coming time of God's intervention in human affairs, we will give you specific prophecies to watch. We will point out to you, step by step, how these prophecies are being fulfilled in the news headlines you will be reading or seeing on television news. We will try to make these prophecies "come alive" for you and your families.

With God's guidance, we will show you not only what to watch, but what to do. For God's Word — His inspired "instruction manual" to mankind — makes it very clear that the overwhelming majority of humans is DECEIVED. Revelation 12:9 tells us, "So the great dragon was cast out, that serpent of old, called the Devil and Satan, who deceives the whole world; he was cast to the earth, and his angels were cast out with him." The Apostle Paul also warns us of this vital fact, "But even if our gospel is veiled, it is veiled to those who are perishing, whose minds the god of this age has blinded, who do not believe, lest the light of the gospel of the glory of Christ, who is the image of God, should shine on them" (2 Corinthians 4:3-4).

Our job is to help you genuinely come to understand the meaning of true Christianity. For we at Tomorrow's World are dedicated also to restoring apostolic Christianity to our readers and followers. We do NOT claim to have found some gold tablets under a hill somewhere, or to have received a book from an angel or to have heard some heavenly voice giving us a new revelation. Rather, we can show you plainly and clearly that the original Christianity of Jesus Christ and the apostles has been "hijacked." It was systematically stamped out of mainstream Christianity during the appropriately named Dark Ages.

Yet the true religion of Christ and the apostles will help you come to know God genuinely. You won't merely know about God. You will come to know and to become deeply acquainted with the awesome God who created the vast universe — and who now RULES over His creation, intervening directly from time to time to work out His magnificent purpose. As this real understanding of God and His will gradually permeates your thinking, you will find that your marriage, your children, your work and your entire LIFE will take on a richer meaning.

You will truly learn how to be successful in all phases of your life. For Jesus said, "The thief does not come except to steal, and to kill, and to destroy. I have come that they may have life, and that they may have it more ABUNDANTLY" (John 10:10). We will help you learn the true way to that abundant life. Beyond that, we will do our best to give you the vital keys to eternal life in tomorrow's world. Happy reading! 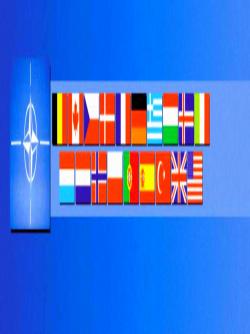 NATO at 50 — Historic Past, Hopeful Future? 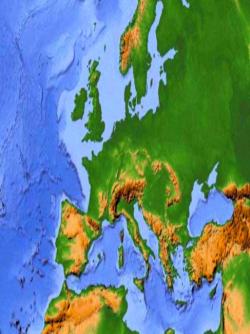 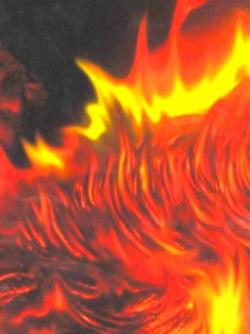