More than 40 years after Martin Luther King, Jr. gave his famous "I Have a Dream" speech, are we any closer to living in a world in which people are truly judged not by the color of their skin, but by the content of their character?

"I have a dream that my four little children will one day live in a nation where they will not be judged by the color of their skin but by the content of their character."

More than 40 years after Dr. King delivered his "I Have a Dream" speech on the steps of the Lincoln Memorial in Washington, DC, are we any closer to realizing his dream? Few would deny that in spite of many changes in society, King's dream has not yet been realized. Most often, however, both those who have supported and who have opposed King have neglected the importance of King's final five words above: "the content of their character."

Laws can be imposed from without, but only individually can we develop the character of which King spoke. This development of character is at the heart of true Christianity, as the Apostle Paul explained:

"Therefore, having been justified by faith, we have peace with God through our Lord Jesus Christ, through whom also we have access by faith into this grace in which we stand, and rejoice in hope of the glory of God. And not only that, but we also glory in tribulations, knowing that tribulation produces perseverance; and perseverance, character; and character, hope" (Romans 5:1–4).

As we build character, and hope, we learn how to yield to Christ, allowing Him to work His will in us (Philippians 2:13). As we learn to rely on our Savior, and on the Holy Spirit dwelling within us, Christ can live His holy and righteous life within us (Galatians 2:20).

It is not enough merely to say that we have faith; remember that Jesus said: "Not everyone who says to Me, 'Lord, Lord,' shall enter the kingdom of heaven, but he who does the will of My Father in heaven" (Matthew 7:21). What happens to those who fail to do God's will? The Apostle John explained: "But the cowardly, unbelieving, abominable, murderers, sexually immoral, sorcerers, idolaters, and all liars shall have their part in the lake which burns with fire and brimstone, which is the second death" (Revelation 21:8).

King hoped for social change in his lifetime, but even his "I Have a Dream" speech tacitly acknowledged that his dream would not be fully realized until Christ's return. King said: "I have a dream that one day every valley shall be exalted, and every hill and every mountain shall be made low, the rough places will be made plains and the crooked places will be made straight and the glory of the Lord shall be revealed and all flesh shall see it together."

Those words are King's paraphrase of Isaiah 40:4–5. Many forget that Isaiah was not describing some human-engineered utopia; he was describing the world under the rule of the Messiah—Jesus Christ. In that soon-coming world, not only will Christians build character from within, but the laws from without will also encourage godly behavior. King's dream will be realized, when Jesus Christ returns.

But Christians today can build the character that comes from yielding to God and obeying Him. Those who do so, in today's world where mankind's laws sometimes challenge the development of godly character, are promised the special blessing of being the "firstfruits" at the resurrection when Christ returns (1 Corinthians 15:23). Overcoming the temptations of Satan, self and society, a wonderful reward awaits them: "He who overcomes shall inherit all things, and I will be his God and he shall be My son" (Revelation 21:7). Let us rejoice that true Christians can "do all things through Christ who strengthens us" (Philippians 4:13) and can say: "We shall overcome!" 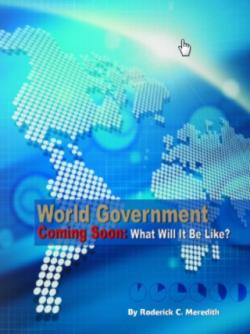 World Government Coming Soon: What Will It Be Like? 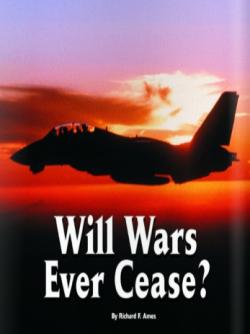 Will Wars Ever Cease? 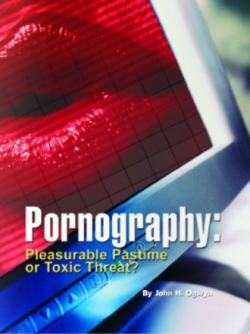