A Return to New Orleans

A year after Hurricane Katrina ravaged the Gulf Coast of the United States, people are beginning to rebuild their homes and their lives. What lessons have we learned from the monumental devastation? What lessons should we be learning?

My wife and I recently paid a short visit to Louisiana. We spent part of our trip touring the area around New Orleans, where we saw the devastation that Hurricane Katrina had caused nearly a year before. I wish everyone could see what we saw—with their own eyes, not just through the news media.

Television coverage has tended to focus on the damage that occurred in the downtown urban neighborhoods. In fact, there are vast areas beyond New Orleans—across southeast Louisiana and southern Mississippi—which look like they have been through a war. Middle-class neighborhoods, wealthy neighborhoods and poorer neighborhoods all suffered alike. Many who spent their lives working to own their own homes saw the fruits of their labors destroyed overnight.

The port of New Orleans is older than the United States itself, dating back to the days of the Spanish explorers. The New Orleans area is one of the most strategically located cities in all of America, providing logistical support to the breadbasket of the nation.

That is why the "Battle of New Orleans" in January 1815 was a key moment in American history. Without the city of New Orleans, the vast area of the Louisiana Purchase would have been practically valueless. When Hurricane Katrina hit, the Port of South Louisiana and New Orleans was the largest port in the U.S., measured by tonnage—and it was the fifth-largest in the world, exporting more than 52 million tons of cargo each year, more than half of which was agricultural produce. Another 17 million tons of cargo comes in through the port.

Because the port plays a vital role, and people are needed to work there, this has created a demand for housing in areas prone to flood damage—just as in Amsterdam, Bangkok and other low-lying port cities. These people are vulnerable, not because they are any more (or any less) sinful than others, but because their work necessarily puts them in harm's way.

Some have taken Hurricane Katrina lightly and said, in effect, "New Orleans deserved this hurricane," or "this was God's hand destroying New Orleans, because of the decadence of the city." In reality, the Bourbon Street area—so famous for its red-light district activities—was hardly damaged at all. The French Quarter is on some of the highest ground in the area. Certainly the French Quarter has some very seedy sections, and the Mardi Gras festivities are debauchery defined, but in the overall picture, is New Orleans any worse than San Francisco, or New York or Atlanta? Can Los Angeles or Las Vegas sneer at the vices of New Orleans? How about Hollywood and the filth it pumps out every day? For America to wag a self-righteous, hypocritical finger at the evil of New Orleans—yet ignore the vices of its other major cities—is like Sodom pointing the finger at Gomorrah.

When God uses the weather—and other catastrophes—to get the attention of our modern world and bring it to repentance, He is not just striking out at those directly affected. The call for repentance is not just for New Orleans, but for the whole U.S.—and for the whole world! If we think we are better than those who suffered and died in New Orleans, or that the disaster was not meant to warn us, we should consider Jesus Christ's words about those who died when the tower of Siloam fell (Luke 13:4–5).

Seeing New Orleans again gave me a sense of what the future holds for so many of the cities of our land, when we as a nation are removed from the protection of God's hand. God speed Christ's return, and the end of these perilous times! 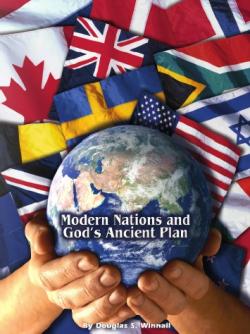 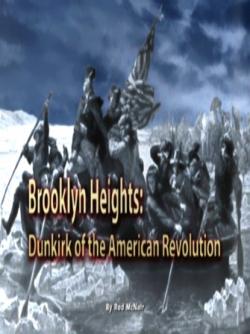 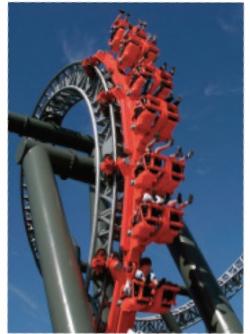