Why is the Bible a mystery to so many people today? Why do professing Christians who read the same Bible develop so many different ideas about doctrine? Why do ministers fail to preach what the Bible plainly states? Why is modern "Christianity" so dramatically different from apostolic Christianity? The answers to these important questions are found in a series of biblical prophecies that are coming alive today!

Historically, America, Canada, Australia, much of Europe, South America and parts of Africa have been called "Christian" cultures. Yet numerous studies reveal that modern "consumer Christianity" is very superficial, that "adherents are poorly educated in the faith" and that widespread ignorance about the Bible and Christian doctrine abounds (The Empty Church, Reeves, pp. 61–63). Pollsters describe America as "a nation of biblical illiterates" where "only four in ten Americans know that Jesus delivered the Sermon on the Mount; fewer than half of all adults can name the four Gospels of the New Testament; only three in ten teenagers know why Easter is celebrated… More than half of all Americans read the Bible less than once a month… including 24 percent who say they never read it" (ibid.). Studies show that fewer than 30 percent of Americans attend church in a given week, and among Europeans that figure drops below 10 percent. In many Western nations, "mainline Christian" churches have been losing members for decades. Given these figures, it is not surprising that many professing Christians have scant knowledge of Scripture, and know very little about the history and development of their doctrinal beliefs.

One cause of this decline is the way churches train their future leaders. Observers note that seminaries that train clergy "are routinely dominated by the left" (Reeves, p. 19). Through a left-leaning curriculum, new clergy are radicalized, and are shaped by an intellectual atmosphere "awash in anti-supernatural assumptions" (ibid.). Many modern divinity students "don't know the names of half the books in the Bible, whether Calvin lived before or after Augustine, what it means to say that Christ descended to the dead or acted 'in accordance with the Scriptures,' what the wrath of God means or how to understand the final judgment of the quick and the dead" (ibid.).

Under the influence of modern biblical criticism, "Jesus's miracles become inventions of the early church. Accounts of God's intervention on behalf of the people of Israel become legends and myths. Expressions of hope in the coming of Christ as a future event in God's redemptive work become the wishful projection of unfulfilled expectations of Jesus' early followers" (ibid.). As a result of this mis-education of future religious leaders, "graduates often emerge with little faith in the integrity of the Scriptures, a minimal grasp of church history and orthodox theology, and armloads of politically correct positions on social and political issues" (ibid.). One worried theologian observes, "We have lost the Scriptural and doctrinal underpinnings" of Christian faith (ibid.).

Considering the various influences that have drawn people away from the Truth for so many years, it is not surprising that modern "Christianity" differs greatly from the apostolic Christianity of the Bible—though most professing Christians today do not realize this fact. Scripture plainly shows that Jesus, His disciples and the early Church observed the seventh-day Sabbath and the biblical Holy Days (Luke 4:16; John 7:1–10, 37; Acts 17:2; 18:21). Yet most professing Christians worship on Sunday—and observe Christmas and Easter as religious holidays, though there is no biblical command to do so—indeed, Scripture condemns practices associated with these holidays, which historical sources reveal were appropriated from paganism.

Although apostolic Christianity proclaimed these inspiring aspects of Jesus' true gospel, later theologians influenced by pagan philosophy questioned and eventually denounced these teachings as heresy (see The Decline and Fall of the Roman Empire, Gibbon, chapter 15). Most professing Christians today are "blind" to these important historical and biblical facts, because modern clergy and theologians either do not know or do not preach about these issues. But why is this blindness so widespread among people who profess to believe in Christianity?

The Bible reveals that when God's people do not obey Him, He allows a spirit of blindness to come over them, "because you did not obey the voice of the Lord your God, to keep His commandments… the Lord has not given you a heart to perceive and eyes to see and ears to hear" (Deuteronomy 28:47-48; 29:4). Moses foretold that Israel's tendency to rebel against God (and the subsequent spiritual blindness this would bring) would lead to serious consequences "in the latter days" (Deuteronomy 31:24–29). Satan also plays a part in promoting this blindness among those who do not believe Scripture (2 Corinthians 4:3–4).

The Hebrew prophets repeated this same theme, emphasizing that rebelling against God and rejecting His ways leads to spiritual blindness. Isaiah wrote: "I have nourished and brought up children, and they have rebelled against Me… Make the heart of this people dull, and their ears heavy, and shut their eyes, lest they see with their eyes and hear with their ears, and understand with their heart" (Isaiah 1:2–3; 6:9–10). Jeremiah wrote: "O foolish people, without understanding, who have eyes and see not, and who have ears and hear not… Behold, the word of the Lord is a reproach to them; they have no delight in it" (Jeremiah 5:21; 6:10). Jeremiah also warned that because people reject God's word and "each one walks according to the imagination of his own heart, so that no one listens to me… The prophets prophesy falsely… and my people love to have it so" (Jeremiah 5:31; 16:11–13). Ezekiel warned that disobedience leads to spiritual blindness, and to false teachings that seduce people to believe lies (Ezekiel 12:2; 13:2–19). This theme runs throughout the Old Testament.

Jesus explained that Isaiah's prophecy (Isaiah 6:9–10) also foretold the spiritual blindness that affected the Jews of His day who neither recognized Him as the Messiah nor understood His message (Matthew 13:10–15). The Apostle Paul revealed that these same prophesies foretold the spiritual blindness of modern Israelite nations (Romans 10:1–3; 11:7–8; 2 Corinthians 3:14–15). If you want to break out of the spiritual blindness that afflicts so many professing Christians today, begin to study your Bible carefully and ask God to open your mind to grasp what you are reading. Also, request the free Tomorrow's World Bible Study Course. It will help you to understand the Bible, and its hundreds of prophecies that are coming alive today. 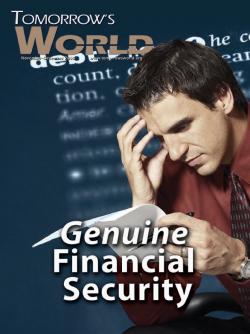 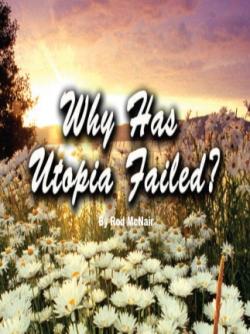 Why Has Utopia Failed? 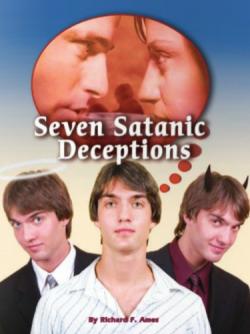