What does it take to bring a once-proud military and economic power to its knees? The United States of America—for years the world's "only superpower"—is on the verge of finding out the hard way!

For decades, the United States and Great Britain have been accustomed to global dominance through their positions of economic and military power. But as the world economy turns sour, is it possible that these nations could become so economically weak that they would no longer be able to afford the military equipment needed for their very defense? Could a time come when factories across America and Britain are controlled by hostile nations—and are even used to produce weaponry for our enemies?

Would you believe that these dire circumstances are already starting to come true?

Few knew better than U.S. President Franklin D. Roosevelt that America's tremendous industrial power would be a vital key to winning World War II. By December 1940, when Poland, Denmark, France and much of the European continent lay in bloody ruins under Nazi aggression—and London was being burned to the ground by continuous Luftwaffe firebomb raids—the free world seemed doomed. On December 29, 1940, Roosevelt addressed a frightened nation. The warning he gave then remains a warning to us today.

Roosevelt said, "I appeal to the owners of plants, to the managers, to the workers, to our own Government employees, to put every ounce of effort into producing these munitions swiftly and without stint… I want to make it clear that it is the purpose of the nation to build now with all possible speed every machine and arsenal and factory that we need to manufacture our defense material. We have the men, the skill, the wealth, and above all, the will."

America answered the call. Factories worked around the clock. Thousands of tanks, trucks, ships, fighter aircraft and bombers rolled out of Boeing, Chrysler and other factories by the minute. In fact, by the end of World War II, a single Ford factory was producing an entire new four-engine, long-range B-24 bomber roughly every hour! America became the "Arsenal of Democracy."

You may be shocked to learn that your Bible prophesies a time when the U.S., Canada, Britain and other long-time Western allies will no longer be able to answer such a call. That time may come sooner than you realize.

Great Britain is already investigating the prospect of selling off its military assets. Britain's Financial Times newspaper reported, "The UK has held talks with other countries, including Japan, about offloading large numbers of Eurofighter Typhoons that the Ministry of Defence has ordered but can no longer afford. The discussions, which are at an early stage, underline the size of the cash crisis facing the ministry, which has been grappling with an estimated budget deficit of £2bn ($3.7bn).… Defence officials have confirmed that Japan, Saudi Arabia and India are among countries that have expressed interest in buying the aircraft" (August 20, 2008).

Economic weakness precedes military weakness. Could the very military hardware that Britain can no longer afford be used against it one day? It is shocking to see the once mighty United Kingdom unable to afford the advanced, new military hardware it has ordered. But, is the U.S. better off? Will a new President be able to mobilize the "Arsenal of Democracy" to rescue America's allies, as Roosevelt once did?

Manufacturers across the U.S. are facing their worst crisis in modern history. "The downturn in the American auto industry is rapidly becoming a full-blown fight for survival among Detroit's big automakers" (New York Times, August 2, 2008). Ford and General Motors recently reported stunning quarterly losses of $8.7 billion and $15.5 billion respectively. Ford has already mortgaged almost all of its assets, and GM is burning through its cash reserves at a rate of $1 billion per month! Both manufacturers are closing plants and selling subsidiaries to foreign purchasers.

Unless the U.S., Britain, and other descendants of ancient Israel repent, Bible prophecy tells us that they will be faced with "sudden" destruction (Isaiah 30:12–13). At that time, their allies will forsake them (Jeremiah 30:14), leaving them too economically and militarily weak to withstand aggression. Our nation, our allies and our peoples face "sudden destruction" if we do not earnestly and fully turn to God, nationally and individually. Will you? 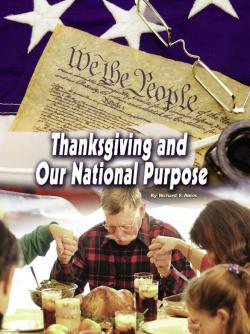 Thanksgiving and Our National Purpose 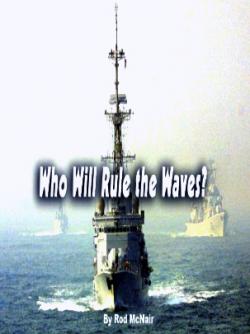 Who Will Rule the Waves? 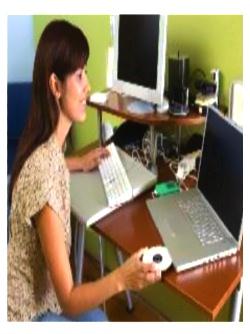