Do You Really Stand for Something? | Tomorrow's World
Tweet

In this swift-moving, godless society, each one of us had better take the time to decide what we really believe in—what we are willing to "fight" for and, if need be, die for.

In this swift-moving, godless society, each one of us had better take the time to decide what we really believe in—what we are willing to "fight" for and, if need be, die for. Today's materialistic, secular culture is almost overwhelming in its influence on most who call themselves Christian.

Most of our confusion or uncertainty of belief lies in the fact that, generally, we never bother to really define what we truly have faith in. Most people are "compromisers"—going along with their friends and family and not worrying very much about what they really believe in or what they stand for. Sure, they are "nice" people. But they do not stand for anything.

No doubt, there were millions of "nice" people in Germany as Adolph Hitler began his ascent to power in the early 1930s. Many of them obviously did not like the bestial tactics of Hitler and his storm troopers. But they did nothing about it. The result of their lack of conviction was inaction—an unwillingness to struggle against that evil to try to prevent Hitler from seizing absolute power. The sad results we all know: World War II—the largest and most destructive war in history.

The Holocaust took place because of a lack of conviction about extending basic decency and respect toward others who were ethnically different. Once in power, the Nazis fulfilled their openly spoken threats and butchered some six million Jews and millions of others, including Poles, French, Danes, Dutch, Belgians, Slavs and Norwegians. In the aftermath of World War II, most Germans undoubtedly disapproved of such wholesale murder of innocents when they learned about it. But by then it was too late. Again, why did that tragedy happen? Because people in Germany and, in fact, people all over the world had not clearly delineated what they stood for—and what they would not stand for!

As I note in my article in this issue ("Whose Opinion Counts?," p. 4), it is increasingly obvious to many that the moral behavior of "good churchgoers" in our modern world is not much different than that of the rest of society. In fact, some who profess the highest level of "Christian" commitment are more likely to divorce than are atheists and agnostics, and are more likely to harbor racial prejudice. People who call themselves Christians are, more and more, becoming like the world, instead of becoming lights to the world, as they strive to cope in the midst of financial, moral and personal turmoil in these challenging times.

Life is growing tougher for most people in this selfish society—a society that God calls "this present evil world" (Galatians 1:4, KJV). But, how should true Christians respond? The troubles all around should drive us to our knees all the more, and make us want to "come out" from that society. And they should spur us to really study the Bible so that we can truly "know" God and be absolutely sure of what we believe, what our lives stand for. We need to know—and to know that we know!

Although so many who call themselves "Christian" are willing to accept watered-down doctrines and practices and approaches that are not biblical at all, we who are true Christians must retain our zeal for the full Truth. We must let those around us know—actually, not just know, but see—that we stand for something. That we will not compromise with the basic truths and practices revealed in God's word. That we will live by this code—and, if need be, die by this code.

God tells us that His true Church is "the pillar and ground of the truth" (1 Timothy 3:15). We at Tomorrow's World are resolved to hang on to the Truth—and not to participate in watering it down. We, along with our faithful supporters, are in a crusade to proclaim that Truth to all the nations of the earth (Matthew 28:18–20).

In this crusade, we are in a sense "Christian warriors." The Apostle Paul said, "You therefore must endure hardship as a good soldier of Jesus Christ. No one engaged in warfare entangles himself with the affairs of this life, that he may please him who enlisted him as a soldier" (2 Timothy 2:3–4).

Although "Christian warriors" do not fight with the arms of this world, we can learn many lessons from outstanding worldly warriors who were of great ability and good character, as far as they could understand. One of the greatest of these warriors of modern times was General Douglas MacArthur. If you know much about American history, you know that General MacArthur was an outstanding patriot and leader of men—because he was a man who truly stood for something.

Near the end of his illustrious career, returning to West Point Military Academy for the last time, he gave what is still regarded as one of the most eloquent speeches of the 20th century. After being greatly honored at West Point, General MacArthur spoke to the assembled Corps of Cadets and many high-ranking dignitaries:

"No human being could fail to be deeply moved by such a tribute as this, coming from a profession I have served so long and a people I have loved so well. It fills me with an emotion I cannot express. But this award is not intended primarily for a personality, but to symbolize a great moral code—the code of conduct and chivalry of those who guard this beloved land of culture and ancient descent.

"Duty, honor, country—these three hallowed words reverently dictate what you want to be, what you can be, what you will be. They are your rallying point to build courage when courage seems to fail, to regain faith when there seems to be little cause for faith, to create hope when hope becomes forlorn.... But these are some of the things they build. They build your basic character. They mold you for your future roles as the custodians of the nation's defense. They make you strong enough to know when you are weak, and brave enough to face yourself when you are afraid.…"

Further on, General MacArthur concluded his historic address: "The shadows are lengthening for me. The twilight is here. My days of old have vanished—tone and tints. They have gone glimmering through the dreams of things that were. Their memory is one of wondrous beauty, watered by tears and coaxed and caressed by the smiles of yesterday. I listen, then, but with thirsty ear, for the witching melody of faint bugles blowing reveille, of far drums beating the long roll. In my dreams I hear again the crash of guns, the rattle of musketry, the strange, mournful mutter of the battlefield. But in the evening of my memory I come back to West Point. Always there echoes and re-echoes: duty, honor, country. Today marks my final roll call with you. But I want you to know that when I cross the river, my last conscious thoughts will be of the corps, the corps, and the corps. I bid you farewell."

Of course, unlike General MacArthur and the West Point cadets, true Christians are engaged in a spiritual warfare. But war it is, nonetheless! Many of us at Tomorrow's World are—like General MacArthur in his day—"old-timers"! We have witnessed many a battle scene of spiritual blood and carnage. We have seen and resisted Satan's withering attacks—on ourselves, on our friends and on God's Work—again and again.

We know and deeply understand that "our citizenship is in heaven" (Philippians 3:20). That—not America or Britain or any other physical nation—is the "country" we are fighting for! We know that our warfare is not participation in the "Corps" of West Point, but in the Work of the Living God!

So we can, in that light, deeply relate to General MacArthur's words: "Duty, honor, country." With this in mind, let us never forget why we are here. Let us hold our heads high as we charge on day and night to support the Work of God with zeal, with dedication, with courage and with sacrifice.

No military mission was ever so vital. No warfare was ever so important. And no reward was ever so magnificent as the one we will receive if we overcome ourselves and Satan, and if we are zealous and faithful in proclaiming Christ's message to a world that has truly lost its way. 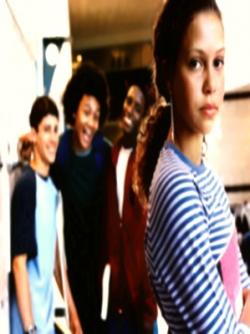 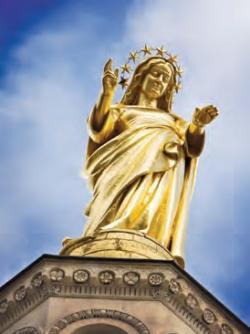 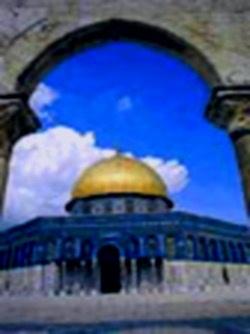