Is humanity moving toward democracy or toward dictatorship—toward freedom or toward tyranny? Those who today prosper under democratic government can be thankful, but is democracy the real answer? Or, is there a better way?

John Adams, second President of the United States, reminded Virginia legislator John Taylor: “Remember, democracy never lasts long. It soon wastes, exhausts, and murders itself. There never was a democracy yet that did not commit suicide” (letter dated April 15, 1814).

Is our world moving toward a future of greater democracy? Or, are we witnessing the beginning of democracy’s demise? Current developments in Europe hint at the emergence of a ten-nation bloc of leading members from within the present European Union (“10 Countries for a United States of Europe,” PressEurop, June 20, 2012). Does this mean Europe is moving rapidly toward a core of “ten kings” (kingdoms or nations) as described in Daniel 2:33, 41–43)?

The ancient Greek philosopher Plato famously warned, “tyranny naturally arises out of democracy, and the most aggravated form of tyranny and slavery out of the most extreme form of liberty” (The Republic, Book VIII). Is his warning correct? And—whether in the U.S., Europe, the Arab nations or elsewhere—is this coming to pass in our modern world?

Through Scripture, God reveals that there is a better form of government coming, better than the dictatorships, the socialist republics, the communist collectives—and even better than democracy, which Prime Minister Winston Churchill famously told Britain’s House of Commons in November 1947, “is the worst form of government except all the others that have been tried.”

Scripture reveals that neither sharia nor democracy, neither dictatorship nor anarchy, are the future God has planned for all humanity. The good news is that the gospel of the coming Kingdom of God includes a vital message about a coming fair and righteous government! But, what exactly is God’s approach to government? Government is integral to the very gospel message! But what type of government is the “gospel of the Kingdom of God” all about? Jesus came “preaching the gospel of the kingdom of God” (Mark 1:14–15). The word “kingdom” (from the Greek word basileia)means government. The gospel message Jesus brought was about the coming government of God—which will be established on this earth at His Second Coming (Revelation 17:14). The returning Jesus Christ will not be democratically elected. Rather, at that time, the “kingdoms”of this world will become His, and He will reign as their King forever (Revelation 11:15). One wonderful but often-overlooked facet of God’s plan is that not only will today’s faithful Christians who do the will of the Father enter into that glorious coming kingdom; God will also appoint them to reign under Christ in that coming kingdom (Revelation 5:10; 20:6; 22:5)—a kingdom founded on God’s governmental model of righteousness and love, which will extend through the thousand years of the Millennium (Revelation 20:4­–6) and onward “forever and ever” (Revelation 22:5).

Jesus Christ revealed that the entire law of God is founded on two principles: love toward God and love toward neighbor (cf. Matthew 22:36–40). Indeed, God’s very nature is expressed as love (1 John 4:8, 16). Not only is God’s law based on love, He and His government are also good (Mark 10:18), perfect (Psalm 18:30) and just (Isaiah 9:7). God’s “perfect law” (James 1:25) is without defect in any way. So, we know that God’s government will be good, fair, kind and righteous. From the Old Testament to the New Testament, to Jesus Christ’s prophesied return and beyond, God’s approach is consistent.

God Himself established the Old Testament priesthood. It is beyond honest dispute that this priesthood was hereditary, and that it passed from those God directly appointed to those His appointees selected (Numbers 3:10; 1 Samuel 3:10–21; Jeremiah 29:26). Note also that God told Moses to appoint the Levites to their duties of service (Numbers 1:50; 3:10). From the time of Moses through the time of Samuel, Israel existed under the leadership of appointed High Priests.

When the Israelites rejected Samuel, God said they had actually rejected Him (1 Samuel 8:7). God then appointed Saul to a new office of physical king over Israel (9:17). David followed Saul as king (16:12). Of the many kings who followed, some were generally righteous and others were generally evil.

In the New Testament, after the Holy Spirit was made available to Christians, God continued this pattern of appointment to office (John 20:21–22; Acts 2:2–4). Notice the selection of seven deacons (Acts 6:3), and Titus’ appointing elders upon Paul’s instruction (Titus 1:5). God expects His ministry today to discern His will, using the Holy Spirit and the tools of prayer and fasting, to determine who should be appointed to positions of leadership. God nowhere condones oppression or abuse of power. He expects those who lead to be servants (Mark 10:44)—as He did in ancient Israel, as He does in today’s Church and as He will in the coming Kingdom of God. And nowhere in Scripture does He select those servants through politics, voting or democracy!

Christians in today’s world are to be subject to the governing authorities (Romans 13:1; Titus 3:1). But they also look forward to the soon-coming Kingdom of God—an actual world-ruling government that will reign on planet Earth—and pray fervently for that kingdom to come (Matthew 6:10). That government will not practice what we today call democracy or dictatorship. Neither will it practice “crony capitalism” or “state socialism.” Instead, the coming Kingdom of God will be a theocratic monarchy, with the returned Jesus Christ ruling as King of kings and Lord of lords (Luke 19:11–19; 1 Corinthians 6:2; Revelation 2:26–27; 11:15; 19:16). And, as noted above, today’s faithful Christians—those who in this age have faithfully obeyed their Savior, who have lived by His law written in their hearts (Hebrews 10:16)—will rule under Him (Revelation 1:6; 5:10). They will teach godly government and righteous worship to all (Isaiah 30:21; Micah 4:2)! It will be a time when Isaiah 9:7 will come to pass: “Of the increase of His government and peace, there shall be no end.” God speed that day! 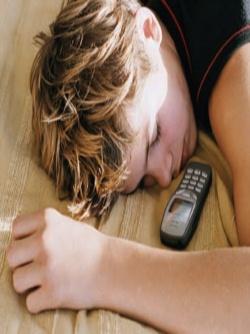 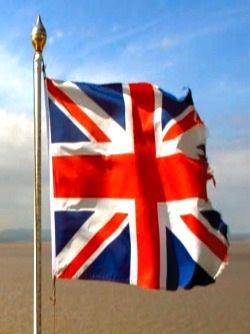