Squandering the Blessings of the Sea | Tomorrow's World
Tweet

In May of 1497, Master John Cabot (Giovanni Caboto) sailed from Bristol, England on what would become Britain’s first naval exploration of North America. On June 24, Cabot disembarked, likely in Newfoundland. Upon returning to Bristol on August 6, he brought not gold or silver, but news of a territory claimed for England, and of a treasure that would prove to be more valuable than precious metal. He had discovered in the seas off Newfoundland the richest fishing grounds on the planet.

An acquaintance of Cabot, Raimondo de Soncino, wrote to the Duke of Milan in December 1497 describing these huge fish populations (The Discovery of North America, p. 52). Canadian historian James Careless relates this scene: “It was a sea so thickly swarming with fish that it seemed almost solid, and baskets let down on ropes from the deck of the ship could be taken up crammed full”(Canada: A Story of Challenge, p. 25).

For five centuries, the waters off Newfoundland and Nova Scotia filled the holds of thousands of vessels every year. There seemed no end to the bounty. Yet suddenly, in 1992, the Canadian government announced a moratorium on the fishing of northern cod. The most plentiful fishing ground on the planet had seemingly collapsed.

Communities were devastated, and thousands were suddenly without a livelihood. Everyone sought an explanation for the disappearance of the cod. The Department of Fisheries blamed everything from water temperature to growing seal populations. Experienced fishermen knew these were not serious factors in the collapse of this ancient resource. Many fishermen felt the problem was an alteration of the marine environment caused by new fishing practices.

In the 1950s, “High Sea Bottom Trawling” had been initiated. Large ocean-going vessels began to drag enormous bag-shaped nets over the ocean bottom. These nets are up to 2.5 km long and 60 meters (200 feet) wide at the mouth, which is held open by two trawl doors of up to two tons apiece. The net is preceded by a row of steel balls (bobbins) called “rock hoppers,” which serves to lift the mouth of the net over obstacles on the ocean floor (“Coral Champions,” Canadian Geographic, May 2002).

Fishermen suspected that trawl nets, which were operating at depths up to 6000 feet, were destroying the ocean floor ecology, and impacting the ability of fish species to survive and repopulate. In 1983, a Nova Scotia fisherman named Sanford Atwood began a campaign to implement a moratorium on the deep-sea trawlers, especially in sensitive areas. Atwood was a longlinerman—one who fishes with a long line strung with hundreds of baited hooks. He and others had argued that the trawlers, each capable of taking 600 tons of catch, saw a high percentage of their catch deemed undesirable and tossed back into the sea dead or dying. But this was by no means the biggest problem.

In a report from the Deep Sea Conservation Coalition entitled “Why the world needs a time-out on high-seas bottom trawling,” scientists from Cambridge University, and Oceanography institutes in the U.S. and Canada, explained that deep sea fish will congregate in massive numbers in food-rich waters to spawn. The trawlers target these spawning congregations. They write: “As with most fisheries where spawning aggregations are targeted these declines [in population] were not recognized until it was too late to mitigate them” (June 2005, p. 8).In addition, numerous studies have shown the dragnets are destructive of spawning beds, drastically reducing the production of the next generation of fish.

Sanford Atwood knew of these effects, but he had another concern, perhaps the most significant of all. He, and fellow fisherman Derek Jones, had for years tried to draw a linkage between the collapse of the fishery and the destruction of deep-sea coral beds. To most people, coral lives in warm and relatively shallow water; thus many discounted the existence of the deep-sea species. In 2001, after convincing some academics of the existence of these deep corals, Atwood guided a Canadian research vessel, the Martha L. Black, to a spot in the ocean off Nova Scotia that fishermen knew as“Hell’s Hole.”There a robotic submarine sent back from a depth of 1600 feet images of colourful and flourishing corals (“Coral Champions,” p. 52).

It was in these deep coral fields that fishermen had long known their best catches would come. “For example, when you’re over strawberries, a soft red coral known to scientists as Gersemia rubiformis, you set your gear for haddock, while the bubblegum tree (Paragorgia aborea), which grows to a height of at least three metres [ten feet], is good for cod and halibut. Moreover, Atwood knew that when a bottom trawler, or dragger, had swept an ocean sector, the forests were gone and so were the fish” (ibid., p. 54).

Some governments are starting to take steps to protect selected areas from destructive bottom trawling. Will it be too little too late?

For centuries, Canada’s eastern sea provided sustainable and profitable catches, as long as fishing methods were not destroying sustainable ecology. What, then, permitted the present situation?

Many leaders in other nations recognize the answer all too well. At a 2008 meeting in the Great Hall of the People in Beijing, China, the question was asked, “What is the greatest threat facing mankind today?” Dr. Xu Jia Lu, an elderly and wise man serving as Vice Chair of China’s National Congress, gave a straightforward response: “Human greed.” Perhaps nothing more accurately describes the plight of the east coast fishery.

Long ago, the descendants of Abraham were to enjoy—among other things—the “blessings of the deep” (Genesis 49:25). But Israel was also warned that if they broke God’s law, they would lose the blessings they had been given. Greed flourishes in the absence of God’s law.

The prophet Hosea was long ago inspired to predict that the descendants of ancient Israel, prior to the return of Christ, would act to destroy the blessings they have been given, including the bounty of the sea:

“Hear the word of the Lord, you children of Israel, for the Lord brings a charge against the inhabitants of the land: ‘There is no truth or mercy or knowledge of God in the land. By swearing and lying, killing and stealing and committing adultery, they break all restraint, with bloodshed upon bloodshed. Therefore the land will mourn; and everyone who dwells there will waste away with the beasts of the field and the birds of the air; even the fish of the sea will be taken away’” (Hosea 4:1–3).

It remains to be seen whether governments, companies and others in authority will act on the overwhelming evidence and have the courage to opt for long-term sustainability as opposed to short-term profit. Will Hosea’s warning be heeded? 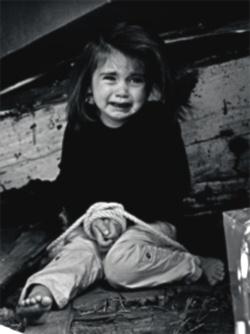 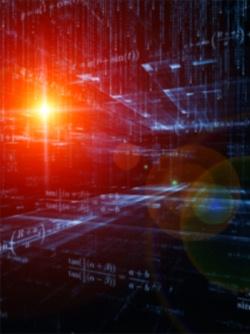