In his 1789 speech opening a parliamentary debate about slavery, famous English statesman William Wilberforce described the misery of African slaves taken in transit to the Americas. He revealed the horrifying statistics that 4 percent of slaves met their end before sailing, 12 percent perished during their voyage and another 33 percent died very soon after arrival. This man, whose tireless efforts almost single-handedly brought about the legislation to end slavery in Great Britain, told his audience, “You can look the other way, but you can never say again that you did not know.”

Wilberforce spent most of his life campaigning for the abolition of the slave trade, and his doggedness over the years forced his fellow politicians to face the reality of the sorrow and suffering of slaves, and not to “look the other way.”

In 1833, Parliament passed the Slavery Abolition Act, and the Royal Navy was commissioned to stop and search any ship on the high seas and release all slaves on board. Countries found to be continuing the practice were penalized and many lost out on valuable trade with Britain.

Just two years after Queen Victoria ascended the throne in 1840, the very first World Anti-Slavery Convention was held in London. Its important proceedings served to stimulate a new, enlightened wave of emancipation legislation that would change Britain immeasurably. “By 1857 there were forty-five treaties but it was not until the 1860’s that they covered all of the major embarkation ports of the Atlantic slave trade” (David Eltis, The Abolition of the Slave Trade).

Was that the end of slavery? By no means.

Wherever human greed and selfishness can prosper, they will inevitably produce the evil of human exploitation—and, sadly, the age-old curse of slavery is still with us today.

In 2009, the United Nations Office on Drugs and Crime (UNODC) commissioned a report on what has become a fast-growing modern slave trade.

The UNODC survey was carried out in 155 countries and revealed that “Worldwide, almost 20 percent of all trafficking victims are children. However, in some parts of Africa and the Mekong region [of Indochina], children are the majority (and up to 100 percent in West Africa)” (UNODC, “Report on Human Trafficking Exposes Modern Form of Slavery,” February 12, 2009).

In early 2013, the British Home Secretary Theresa May said tougher sanctions would be brought in to tackle modern-day slavery in the UK. BBC News reported, “The number of cases discovered in the UK has risen by 25 percent in the last year, according to government figures” (“Theresa May on tougher sanctions for slavery crimes,” October 18, 2013). “A new report has revealed that 1,186 victims were referred to the authorities in 2012… The report revealed that the largest number of victims were from Nigeria, Vietnam, Albania, Romania and China” (BBC News, “Human trafficking gets life term in drive on slavery,” October 18, 2013).

David Hanson, the Labour opposition shadow immigration minister, chastised the government for its poor prosecution record. He highlighted the fact that of the 946 victims reported in 2011, there were only six convictions recorded against their perpetrators. He said, “The government also needs to wake up to the fact that 60 percent of trafficked children simply go missing again in the UK after they’ve come to the attention of the authorities” (ibid.).

Furthermore, 79 percent of human trafficking involves sexual exploitation. With the advent of mass transportation methods, a young woman could be taken off a street in Birmingham, drugged, and several hours later be found in the hands of Middle Eastern sex-slave owners. Perhaps it is no surprise that women and girls are the main targets of the sex trade, but what is a surprise is that 30 percent of the traffickers are women.

“Bondservants” Sanctioned in the Bible?

Some are surprised to learn that, in the Old Testament, God allowed a carefully regulated form of indentured servitude to be practiced. Yet this should not be equated at all with slavery. One of the many vital differences between that system and modern-day slavery is that the servant became a willing participant, not unlike those today who chose to enlist in the military.

An Israelite who was a bondservant could work for his master for seven years and then go free. But if he wished to, he could ask to become a permanent bonded servant.

“But if the servant plainly says, ‘I love my master, my wife and my children; I will not go out free,’ then his master shall bring him to the judges. He shall also bring him to the door, or to the doorpost, and his master shall pierce his ear with an awl; and he shall serve him forever” (Exodus 21:5–6). For someone in ancient Israel who was not able to manage his or her financial affairs, this could be a real and even welcomed option.

As can be seen, this type of benign form of servitude, though still open to abuse, could actually serve to protect vulnerable people.

The Bible predicts a time in the near future where chattel slavery on a large scale will occur. In the years just before Jesus Christ’s return as “King of kings and Lord of lords,” the world will be led by a cruel Babylonian system. As it is being destroyed, those who have profited from its corrupt and evil ways will “weep and lament” (Revelation 18:9) because their trade will suddenly end.

Verse 11 states, “And the merchants of the earth will weep and mourn over her [Babylon], for no one buys their merchandise anymore: merchandise of gold and silver; precious stones… bronze, iron and marble… and bodies and souls of men.” Other scriptures identify who many of these slaves will be.

Long-time readers of Tomorrow’s World understand that the British-descended people as well as those from the United States and other northwestern European countries arise from the ancient people of Israel of the Bible. God warns them through His prophecies that their profligate and evil lifestyle will cause Him to punish them through national captivity. The agent of their capture He will use will be the resurgent Babylonian system centred in Europe.

Consider the following from our booklet, The United States and Great Britain in Prophecy:“The prophet Ezekiel speaks of a future time when Israel will be re-gathered after the return of the Messiah in power and glory. ‘The Gentiles shall know that the house of Israel went into captivity for their iniquity… Now I will bring back the captives of Jacob, and have mercy on the whole house of Israel’” (p. 43).

It may be hard to believe that these great nations that have dominated world trade and military power will be brought down to a state of cruel bondage, but such are the words of Almighty God. 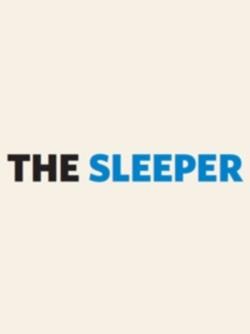 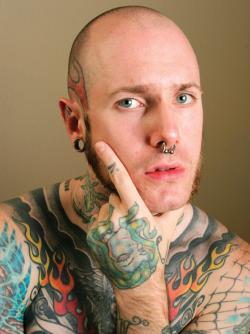