Throughout a history of nearly 2,000 years, Christendom has experienced various major schisms and spawned thousands of schismatic sects. Yet serious efforts are now underway to heal the divisions and bring the fragmented pieces back together. While this appears to be a noble, and even godly goal, few today realize that we are watching ancient Bible prophecies come alive—which will shock and surprise a misguided world!

The modern drive to heal the divisions among the fragmented denominations of professing Christianity has been actively promoted by the Roman Catholic Church. In 1964, the Second Vatican Council (Vatican II) made the “restoration of unity among all Christians” and bringing Protestant denominations back to the Catholic fold a long-term goal for the Roman church. The Council changed a centuries-old practice by referring to baptized members of other churches as “separated brothers” instead of “heretics.” Also in 1964, the Roman Catholic Church and the Eastern Orthodox Church “canceled their mutual excommunications of one another” that began in 1054ad (Foreign Affairs, May-June 2013). Since then, several popes and patriarchs have met and prayed together in their efforts to promote unity. The Orthodox patriarch represents 250 million believers.

In the 1990s, leaders of the Lutheran Church signed a joint statement with the Roman Catholic Church on the topic of “justification”—a contentious topic that had been one of the key reasons behind the Protestant Reformation. Methodist leaders have since signed the joint statement. Around the same time, a number of prominent evangelical and Catholic leaders signed an agreement called “Evangelicals and Catholics Together” (ECT) to promote collaboration between the two groups. The World Council of Churches and prominent leaders like Dr. Billy Graham have promoted the move toward unity among the many denominations that call themselves Christian. In January of 2013, the U.S. Conference of Catholic Bishops and four Reformed Christian congregations signed an agreement recognizing each other’s baptisms. Roman Catholic pontiffs John Paul II and Benedict XVI have prayed together with several Archbishops of Canterbury for the unity of their churches.

During his 25-year pontificate, Pope John Paul II traveled to more than 100 countries to promote church unity. He also allowed former Episcopal priests and parishes to return to the Catholic fold while retaining their traditional forms of worship. Pope Benedict worked tirelessly “towards the reconstitution of the full and visible unity of all Christ’s followers” with his message of “Unity in multiplicity, and multiplicity in unity” (Foreign Affairs, May-June 2013). Pope Francis softened Protestant reactions to the papacy during his first address to the world from Rome by referring to himself only as the “Bishop of Rome.” Reaching out to charismatics (estimated to be some 500,000), Francis said “we are all brothers” and that old divisions that caused separation need to be put aside. His message was delivered to a charismatic gathering in the United States by Anglican Bishop Tony Palmer, who told the assembled group, “the protest is over” and “there is no more need for a Protestant Church… we are all Catholic.”

Leaders in the ecumenical movement claim the move towards unity is God’s will by referring to Jesus’ prayer for His disciples “that they may be one as We are” (John 17:11), yet they ignore what else is clearly stated in Scripture. Jesus actually said, “I do not pray for the world, but for those whom You have given Me” (John 17:9). He also said, “No one can come to Me unless the Father who sent Me draws him” (John 6:44), indicating that people cannot just decide on their own to come into God’s Church; they must be called!

When Pope John Paul II met and prayed with religious leaders from around the world (including Muslims, Hindus and animist priests) in Assisi, Italy, he assured them, “We are all praying to the same God.” However, Jesus told a Samaritan woman that she was not worshiping the true God (John 4:21–22), and Jesus described religious leaders of His day as the “blind leaders of the blind” (Matthew 15:14). Pope Benedict told an audience in Rome “whoever seeks peace… will be saved even if he lacks biblical faith” (Pope Benedict XVI’s general audience, November 30, 2005). Yet the Bible says the only path to salvation is through Jesus Christ (Acts 4:10–12). Pope Francis has stated that “the heart of the Gospel is about the poor” yet Jesus came preaching “the Gospel of the kingdom of God” (Mark 1:14–15) and the coming government of God that will be set up on this earth (Isaiah 2:2–4; 9:6–7). In light of the differences between Scripture and the statements of ecumenical leaders, we need to remember Isaiah’s warning, “To the law and to the testimony! If they do not speak according to this word, it is because there is no light [truth] in them” (Isaiah 8:20)!

Bible prophecies have long foretold that just before the return of Jesus Christ there would be an attempt to form one world religion that would begin with a “mother church” attempting to reunite with her daughters. Revelation 17:1–5 mentions a woman (a church) described as a “great harlot” and “the mother of harlots” who will ride a beast and whose religious beliefs and practices can be traced back to ancient Babylon. This woman sits on seven mountains (Revelation 17:9)—Rome sits on seven hills. She claims to be “a lady forever” (Isaiah 47:7)—Rome is the “eternal” city. She says “there is no one else besides me” (Isaiah 47:8)—the Roman church claims to be the one true church and asserts, “nor shall I know the loss of children” (Isaiah 47:8), indicating an ecumenical effort to reunite with her departed (“protesting”) daughters. We see this happening today!

Revelation 13 states the rise of this beast power will surprise the world (v. 3). It will be aided by a prominent miracle-working religious figure at the head of a great false church. The Scriptures indicate the beast and false prophet will both be empowered by Satan, and together they will deceive the world into worshipping the false religion of the beast. Daniel chapters 2 and 7 indicate this end-time beast and false prophet will arise in Europe and have historical links to the ancient Roman and medieval “Holy Roman” empires. It should come as no surprise that numerous Roman Catholic popes have actively promoted the rise of the European Union, which they have sought to infuse with Catholic social values. The ecumenical movement we are witnessing today will culminate with the appearance of these two prominent figures who will delude the world into following their satanic teachings—and this will occur just before the return of Jesus Christ. You need to be alert while these ancient prophecies come alive, surprising and misleading the world! 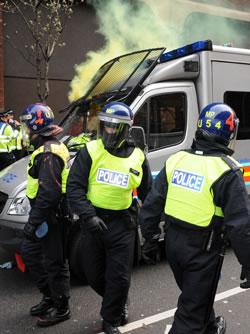 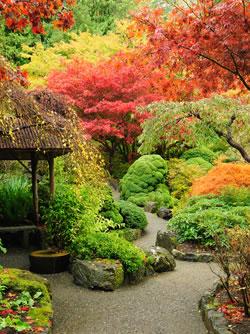