Three hundred miles to the east of South America lie the Falklands, a British Overseas Territory consisting of two main islands and over seven hundred smaller ones. The sovereignty of the Falklands, known to the Argentinians as the Islas Malvinas, has long been a source of dispute. On April 2, 1982, Argentine forces invaded the islands under orders from their new military leader, General Galtieri, who mistakenly believed that the British government would not respond militarily to this action. What followed was a 74-day occupation, before a United Kingdom task force, waging at times a tenuous, hard-fought campaign, forcibly recaptured the islands on behalf of the 1,800 British citizens living there.

Prime Minister Margaret Thatcher, writing in her memoir The Downing Street Years, summarised her attitude towards the Falklands conflict: “We were defending our honour as a nation—above all, that aggressors should never succeed and that international law should prevail over the use of force.” This was a powerful sentiment that more liberal leaders of the time did not necessarily share, but both diplomatic and military resources rose to the challenge.

On April 3, two days after the U.N. demanded the withdrawal of Argentine forces, a task force set sail from Portsmouth led by aircraft carrier HMS Hermes. Ultimately, the enormous logistical operation would involve over 100 ships carrying 25,000 men. Their three-week journey to the Falklands would provide time to seek a diplomatic solution whilst demonstrating military strength from 8,000 miles away.

Mrs. Thatcher repeatedly stressed the islanders’ right to political self-determination, and Britain’s right to defend U.K. citizens and territory with the authority of international law. She also highlighted that many territories, belonging to different nations, were in similar circumstances around the world, and warned that setting the precedent of apparently rewarding Argentine aggression was dangerous for the U.N. and the international community.

The U.K. set up a 200-mile radius Maritime Exclusion Zone on April 12, when its nuclear-powered submarines arrived in the vicinity. This was extended to a Total Exclusion Zone (ships and aircraft) by the end of the month.

On May 1, RAF Vulcan bombers flew 6,800 nautical miles from Ascension Island on the equator, refuelling in mid-air five times, to successfully attack the runway at Port Stanley, the Falklands capital. This prevented the stationing of Argentine jets on the island. The next day, the cruiser General Belgrano was sunk by the U.K. submarine HMS Conqueror with the loss of 323 lives, resulting in the Argentine navy, including their aircraft carrier Veinticinco de Mayo, returning to port.

Between May 21 and 25, British amphibious landing forces on East Falkland were attacked by Argentine aircraft with Exocet missiles and suffered heavy losses. Several navy vessels were sunk or sustained damage—including, critically, the supply ship HMS Conveyor, which was sunk while loaded with helicopters and vital supplies.

After battling to take Darwin and Goose Green on a strategic isthmus against well-prepared Argentine troops, fully equipped British forces then embarked on a long-distance march (called “yomping”) towards Port Stanley, covering 56 miles in three days. Mount Longdon, Two Sisters, Wireless Ridge and Mount Tumbledown were all high ground around the final goal of Port Stanley. All these objectives were successfully taken with close-quarters assaults under the cover of darkness. Argentine troops, demoralised and weary, quickly surrendered on June 14.

On July 3, 1982, Mrs. Thatcher proclaimed, “We have ceased to be a nation in retreat… [We] rejoice that Britain has rekindled that spirit which has fired her for generations past and which today had begun to burn as brightly as before. Britain found herself again in the South Atlantic and will not look back from the victory she has won.”

These were bold words back then, but 35 years later, the spirit she described no longer seems to be burning as brightly. The commitment of the Falkland Islanders has certainly not diminished; 99.8 percent of voters favoured remaining under British rule in a March 2013 referendum. A garrison of about 1,200 men is deployed on the islands, but the Royal Navy has no active aircraft carrier in service or due to be operational until 2020, and no aircraft to complement it until 2023.

In 1990, Britain and Argentina resumed normal diplomatic relations. Large oil deposits almost certainly exist in the waters around the Falklands, and technology is now making this feasible to extract. Should oil production start, the Argentines could gain economically by co-operating, as the nearest suppliers of men and material. So, a repeat of the invasion is probably unlikely given the present political landscape, but Argentine rhetoric about its claims to the islands has not stopped. Indeed, a 2017 New Year’s message by Argentina’s social development ministry caused an uproar, after it excluded the disputed Falkland Islands from the country’s map!

Thousands of years ago, God swore to deliver on His promises to the descendants of Abraham (Genesis 22:15–18). They would inherit the Promised Land from the pagan Canaanites, and possess their lands and strategic locations.

As long-time readers of this magazine understand, we believe these promises were passed down by birthright to the English-speaking peoples of today. The Eternal God made it clear, however, that victory over Israel’s enemies was conditional upon their obedience to His commandments (Deuteronomy 28:1–2). If they failed to obey, God would allow their gates to be besieged by their enemies (Deuteronomy 28:47–52), and He would “break the pride of [their] power” (Leviticus 26:19).

The possession of the Falklands is only one example of Britain’s possession of strategic places of the world—a collection that has diminished over the years. Does a breaking of its pride await Britain in the years ahead?

History is replete with examples of how Britain gained a remarkable God-given supremacy around the world over other colonial powers. In World Wars I and II the British and American-led Allies successfully resisted the forces of tyranny. And, in 1982, God granted Britain victory in the South Atlantic. But does Britain have the same capability or willpower for a similar fight for the Falklands today? Would God grant such a victory in the face of our declining national moral standards and abandonment of His laws?

The sad truth is that if we continue as a nation to recklessly reject the laws of God and basic Christian principles, there will come a day when our enemies will prevail against us. To find out more, request our booklets Prophecy Fulfilled: God’s Hand in World Affairs and The United States and Great Britain in Prophecy. 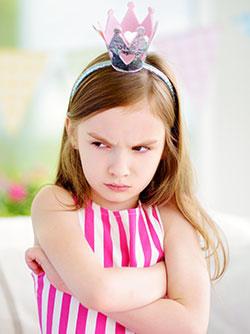 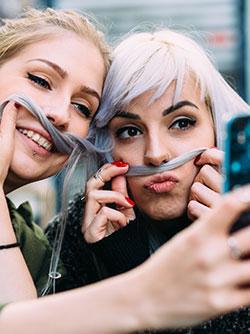 Are Millennials Really So Bad?