While our society claims to be making progress toward a more peaceful spirit, the popularity of “Ultimate Fighting” and similar bloody sports gives evidence to the contrary.


More than 18,000 spectators packed the Air Canada Centre in Toronto for the much-anticipated evening. As match after match progressed, the excitement, the energy, and the injuries intensified. The Toronto Star closed its live-tweeting of Ultimate Fighting Championship #206 by describing every fight as “memorably violent.” Should we be concerned about a society that has come to accept, and even glorify, such brutality?

Once a banned sport in Canada, Mixed Martial Arts (MMA) was legalized by Ontario in August 2010. In 2013, Bill S-209 placed MMA alongside boxing as the only exceptions to the criminal code banning prize fighting. Even prior to nationwide legalization, its popularity in Canada flourished as Ultimate Fighting Championship (UFC) events took place in several provinces. The first UFC event hosted in Toronto resulted in 42,000 tickets sold on the first day. Per capita, Canadians consume UFC through various media more than any other nation (“Kids Getting Involved in Mixed Martial Arts,” Toronto Star, September 21, 2013).

For those unfamiliar with the so-called sport, you may be picturing something similar to the wrestling or judo bouts conducted during the Olympics. However, few Olympic matches have the ability to draw an audience to their feet in the same manner as a UFC bout. Why? The Olympics are far less brutal. In the lead-up to a UFC event, the Ottawa Citizen published a guide in the form of a Q & A for those unfamiliar with the sport. Their answer to the question “How do I know when it’s over?” paints a stark picture:

Ambulance sirens are one cue, but there are other possible outcomes. Most dramatic, of course, is the knockout (KO), where an opponent is rendered unconscious. A technical knockout, or TKO, occurs when the referee stops the fight or when an injury is severe enough to end it. A fighter can also win by submission—if his opponent physically or verbally surrenders by “tapping out”—or if a combatant is disqualified or, by his absence, forfeits (“From Muhammad Ali and Bruce Lee to UFC: The Long Strange Journey of MMA,” Ottawa Citizen, June 18, 2016).

A National Post report from 2014 echoes this brutal portrait, pointing out that around one-third of professional MMA matches result in a traumatic brain injury, often due to punches delivered after the opponent is unconscious (“MMA fighters suffer traumatic brain injury in almost a third of professional bouts: study,” National Post, March 26, 2014).

The popularity of MMA might seem counterintuitive. Anti-bullying campaigns are at an all-time high, for example, and anything that seems too aggressive or “masculine” (whether good or bad) is under attack and considered politically incorrect in many of our cultures. As society appears to be trending more and more docile, the allure of violence seems only to be increasing. As anyone who has ever attended a hockey game can attest, there are three ways to get all the fans out of their seats and cheering: a goal, a spectacular save, and a fight—the sight of grown men trading blows.

There is no doubt that MMA fighters have great skill. They are in peak physical form, marvels of strength and agility—as are most professional athletes. There is also no doubt that the popularity of MMA is centred on its brutality.

This is not the first time in history that the spectacle of grown men beating each other into oblivion was considered acceptable entertainment. In fact, many fighters view themselves as the modern equivalent of their ancient predecessors. Former president of the Canadian Medical Association, Dr. Louis Francescutti came to the same conclusion: “The goal is to go out and replicate the days of gladiators, beat up your opponent and win the prize money” (“Kids Getting Involved in Mixed Martial Arts,” Toronto Star, September 21, 2013).

Even today, many look back on the ancient gladiators with awe. They are seen as the epitome of masculinity: strong, brave and steady in the face of extreme adversity. These are admirable traits. It is regrettable, however, that society resorts to staged feats of violence to display and celebrate them.

After centuries of war, Roman conquest resulted in the Pax Romana, a period of peace throughout the empire. With much of the empire far removed from warfare, the spectacles of war were brought to the population in the form of the gladiatorial games. The Roman Senator Seneca described the violence he witnessed in the Coliseum, and, except that the bouts ended in actual death, one could be forgiven for thinking he was describing something seen today on pay-per-view television.

All the previous fighting had been merciful by comparison. Now finesse is set aside, and we have pure unadulterated murder. The combatants have no protective covering; their entire bodies are exposed to the blows. No blow falls in vain. This is what lots of people prefer to the regular contests, and even to those which are put on by popular request. And it is obvious why. There is no helmet, no shield to repel the blade. Why have armour? Why bother with skill? All that just delays death (Keith Hopkins, “Murderous Games: Gladiatorial Contests in Ancient Rome,” HistoryToday.com, June 6, 1983).

The Nature of Man

Seneca understood that the games were popular because they served the desires of a supposedly civilized society that craved violence. That appetite has remained throughout history. The book of Genesis describes the first naturally born man becoming the first murderer (Genesis 4:1, 8). Prior to the Flood, the world was described as being “filled with violence” (Genesis 6:11).

The Apostle Paul predicted that such times would come in our day, describing a selfish, unrestrained and “brutal” society (2 Timothy 3:1–3).

Such attitudes stand in direct opposition to the commandments laid out for us by the Creator of the universe. “You shall not murder” (Exodus 20:13) is a very clear command, but it is only the beginning. Christ magnified this law, teaching that to truly keep the spirit of that commandment, one cannot even hate or harbour resentment toward another man (Matthew 5:21–26).

While our human nature is self-centered and can even take pleasure in the pain of others, God’s laws are designed to teach us how to show genuine love and care for those around us. To learn more about how God’s law accomplishes this, be sure to visit TomorrowsWorld.org and watch the telecast “Does Love Need a Teacher?” or request your free copy of our booklet, The Ten Commandments. 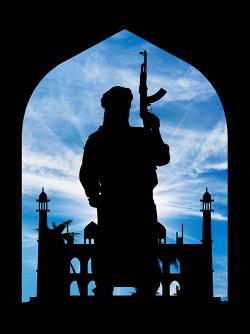 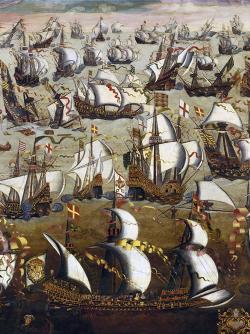