A Century Since the Spanish Flu | Tomorrow's World
Tweet

Every winter, concerns arise about the likely severity of the flu. After a more active flu season in the Southern Hemisphere, authorities in Britain have encouraged readiness for a worse-than-normal flu season in the United Kingdom. Against this backdrop, perhaps it is prudent to remember the greatest flu pandemic ever known. The 1918 influenza pandemic, commonly known as the Spanish flu, or in scientific parlance as H1N1, was a medical disaster of truly catastrophic proportions, infiltrating every national border.

How did this pandemic develop? A century later, has the threat of infectious disease been effectively neutralised? What can you do to prepare for future outbreaks, some possibly even as devastating as the 1918–1919 pandemic?

The Spanish flu came in three successive waves. The first wave, lasting from March until July 1918, was relatively mild, with most of those affected recovering. “Evidence suggests that this ‘mild’ first wave originated in North America. Influenza was present in many countries in late 1917 and early 1918. According to influenza historian Geoffrey Rice, author of Black November, only a ‘well-documented’ outbreak in Haskell County, Kansas, in January–February 1918 bore all ‘the characteristics of a new pandemic flu—high attack rate, higher morbidity rate and greater mortality than is usual for influenza’” (“The 1918 Influenza Pandemic,” nzhistory.govt.nz).

The second and far deadlier wave began around September and persisted through November. While the precise geographic origin remains unknown, in the United Kingdom it is commonly believed that soldiers returning from the trenches in France brought the hitchhiking virus home with them. November 11, 1918, marked the first Armistice Day, and it was around this time that the soldiers returning home from the first world war unwittingly hastened the rapid spread of the flu. In early 1919 a third wave claimed many more lives, albeit fewer than were taken during the vicious second wave.

The Spanish flu was pathologically different from other pandemics in that the healthiest were the hardest hit: the stronger the immune system, the more extreme its response to infection. The resulting massive accumulation of fluids in the lungs by viral or bacterial infection (pneumonia) restricted the intake of oxygen and often proved fatal. Younger people, those in their twenties and thirties with stronger immune systems, were prime victims. As Historic UK reports, “Onset was devastatingly quick. Those fine and healthy at breakfast could be dead by tea-time. Within hours of feeling the first symptoms of fatigue, fever and headache, some victims would rapidly develop pneumonia and start turning blue, signalling a shortage of oxygen” (“The Spanish Flu Pandemic of 1918,” historic-uk.com). For some the end was swift, while others lingered for days.

This at a time when healthy young adults were in high demand.

Through the crucible of the First World War, Britain sustained the loss of three quarters of a million men, with another million and a half wounded. Over a quarter of the population was affected by the flu, resulting in an additional 228,000 deaths. The massive casualties suffered by the Germans—with upwards of 400,000 civilian flu deaths in 1918—made the matter of replacing sick and dying soldiers on the battlefront difficult for the German military command. American influenza-related deaths were also high, with 440,000 succumbing. That being said, a larger civilian population supplied reserves sufficient to replenish the Allied ranks, providing them with a significant advantage over the Axis powers. Who is to say what effect this dynamic may have had on the outcome of World War I and Britain’s future as we know it?

The Spanish flu infected an estimated 500 million people worldwide. Estimated fatalities fall in the range of 50 to 100 million, and all of this devastation took place within the span of just one year! According to Historic UK, “More people died of influenza in that single year [1918] than in the four years of the Black Death Bubonic Plague from 1347 to 1351. By the end of [the] pandemic, only one region in the entire world had not reported an outbreak: an isolated island called Marajo, located in Brazil’s Amazon River Delta.”

Simply put, the world has not seen a pandemic of this magnitude ever since. However, it is easy to imagine the speed at which a modern outbreak would spread, aided by intercontinental air travel and the general increase in population movement across the globe. A trip across the Atlantic Ocean in 1918 would have taken upwards of five days by ship. By comparison, one can fly from London to New York in just under eight hours today!

This leads to a vital question: Is a modern-day pandemic like the Spanish flu possible?

The simple answer is yes! According to the Centers for Disease Control and Prevention (CDC), “In its disease course and pathologic features, the 1918 pandemic was different in degree, but not in kind, from previous and subsequent pandemics… We can only conclude that since it happened once, analogous conditions could lead to an equally devastating pandemic” (“1918 Influenza: The Mother of All Pandemics,” Emerging Infectious Diseases, January 2006).

Furthermore, the CDC states, “Even with modern antiviral and antibacterial drugs, vaccines, and prevention knowledge, the return of a pandemic virus equivalent in pathogenicity to the virus of 1918 would likely kill [more than] 100 million people worldwide. A pandemic virus with the (alleged) pathogenic potential of some recent H5N1 [bird flu] outbreaks could cause substantially more deaths.” The H5N1 virus is a variant of H1N1, the Spanish flu.

One hundred years after the Spanish flu, as we reflect on the devastation delivered by these microscopic nemeses, we should ask ourselves, How should we respond?

God’s word, the Holy Bible, outlines key principles for maintaining health and avoiding illness. What are some of these inspired principles? An article in the January/February 2016 Tomorrow’s World magazine titled, “Superbugs! The End of the Antibiotic Era,” offered the following helpful points.

These biblical principles are effective protection against infection if applied daily in our lives. More important, however, is the benefit of having a close relationship with our merciful and all-powerful Creator. He is the best protection against our foes, no matter how great or small. 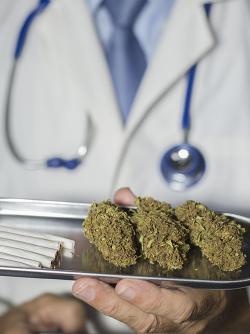 Marijuana: Is There Any Good Reason to Get High? 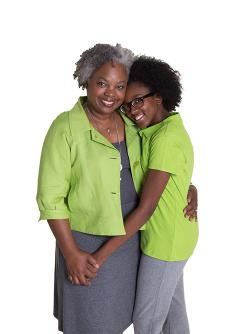