The War Beneath Your Skin

A never-ending war is underway, and you are at the very center of the battle. In fact, it is taking place beneath your own skin.

Microscopic pathogens—such as deadly bacteria, viruses, fungi and parasites—may be so small they cannot be seen, but they are everywhere. And what stands between you and these threats, to keep you alive and healthy? One of the great marvels of God’s design: the human immune system.

A short article such as this could never convey the wondrous whole of our immune system in all its glory, and it would be a complicated tale to tell. However, even a passing glance can serve to remind us that we are, indeed, “fearfully and wonderfully made” (Psalm 139:14). Let’s take that glance.

Even before you were born, your body was preparing for the daily battle it would wage after your birth. While you were in the womb, your body was creating the cells that would become a part of the vast apparatus of the human immune system, and as it did so, these cells were sampling the other healthy cells of your body, learning what you “look” like.

This “memory” aspect of the immune system is absolutely vital. Without the molecular machinery to accomplish this recognition, your own cells would fall prey to the weaponry of the immune system, like soldiers dying on the battlefield from “friendly fire.”

Have you ever noticed your skin begin to swell a bit shortly after you receive a cut? That is your immune system going to work!

Beneath the skin, the immune system has “sentries,” like soldiers standing at the wall of a city. When the city—your body—has been breached by invaders, the soldiers go to work! The immune system sends signals to increase fluid in the affected tissues and draw white blood cells and other defense mechanisms to the site to do battle with the invaders. Your swollen skin means that the enemy has been engaged!

The chemical reactions and transformations of the immune system in this battle are remarkable. For instance, one chain of reactions creates a molecular machine that literally drills a hole into invading cells, causing them to burst and die. Other white blood cells destroy invaders through chemical warfare, such as by producing hydrogen peroxide. Researchers have even discovered that some white blood cells will enclose the unwelcome microbe within a small container and then flood the container with naturally produced bleach!

As with an invaded city, while the initial soldiers may slow the advance by engaging the attackers, that does not prevent more invaders from continuing on through the breach. As the microscopic warfare continues, the immune system escalates its efforts in both power and precision.

This happens when the immune system recognizes the exact identity of the attacker. Is it the H3N2 influenza virus? Is it the Streptococcus pyogenes bacterium?

By some estimates, the immune system has a functional library of ten billion different types of potential threats. Describing how the system creates this library is beyond the scope of this article, but suffice it to say that this number is believed to be greater than the number of threats that exist on earth! For example, scientists researching the robust nature of the immune system in mammals injected a couple of man-made molecules into some animals, knowing that such molecules did not exist naturally and had never been encountered by the animals before. They learned that the animals’ immune systems already had a response specifically designed to counter those molecules!

So how does the immune system recognize its attackers?

When the “first responder” cells are fighting the beginning of the infection, special cells in that initial wave not only destroy invaders, but also take them apart and then transport the pieces of the invader to the body’s lymph nodes, where they “present” the broken-up pieces of the enemy microbe to other cells in the immune system. Those defensive cells that are specifically prepared to combat that exact invader are then activated, and more cells—as well as special proteins called antibodies—that are all specific to that pathogen can be mass produced.

If the initial defenses were your body’s “ground troops,” these threat-specific defenses are the “special forces.” For instance, when the antibodies specific to that invader reach the site of infection, they attach to the foreign body, disrupting the invader’s functions in many ways. Antibodies can cause harmful bacteria to clump together, making them ineffective. They can clog the moving parts of dangerous cells, immobilizing them. Antibodies interfere with the functioning of viruses in ways that prevent them from attaching to healthy cells and reproducing themselves. And antibodies mark the dangerous microbes and identify them more clearly as targets for quick destruction.

It is an efficient process—and one that actually gets more efficient the longer infection lasts. When the specific pathogen has been identified, the cells that produce those antibodies not only begin producing more, but also begin “experimenting”—producing slight variations of the same antibody to see if the antibody’s attachment to the microbe can be improved. Over the course of time, the immune system “learns” how to attach molecules to the invader more and more efficiently, not only speeding up the destruction of the invading substance, but also improving the immune system’s library so that it can defeat the enemy even more quickly the next time it shows up.

The idea that a stunningly complex system like this could have simply “evolved” through tiny, incremental steps—even over thousands or millions of years—is simply unreasonable. Our immune system is an example of what Intelligent Design theorists call “irreducible complexity.” It cannot develop gradually over time, for if a fundamental, complex piece were even partially missing, the entire immune system would become either useless junk or a dangerous disaster.

Diversity, recognition, destruction, toleration—all these and more interact with each other. Whichever way we turn, a gradualistic account of the immune system is blocked by multiple interwoven requirements. As scientists we yearn to understand how this magnificent mechanism came to be, but the complexity of the system dooms all Darwinian explanations to frustration (p. 139).

Our immune system did not evolve. It bears all the hallmarks of planning and design—created by One with an intelligence and power far greater than our own.

Until Jesus Christ returns and ushers in “the times of restoration of all things” (Acts 3:21), our world will remain a mixture of blessings and dangers. But God has not left us defenseless! And, like King David, we can rest assured that He has not forsaken the works of His hands (Psalm 138:8). 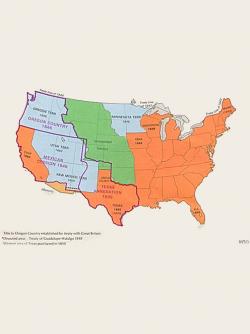