What used to be considered shameful language has become commonplace. But what does profanity really communicate to those who hear it?

Profanity—the first resort of the inarticulate. Yet, we’re in the middle of a profanity epidemic. The use of obscenities in routine conversation has moved from the dockyard to cable news, and it has become the new normal. In the past, one would occasionally hear a president use a bit of “salty” language in public. Today, though, prominent political figures litter their speeches with obscenities that would never before have been uttered in public.

Movies and TV programs pepper the viewer with scatological references and “four-letter words” as though such language should be everyday usage. The media often varnishes coarse discourse to make it seem “cool” and even sophisticated. It is standard fare on late-night television, and the vulgarians are often the in-crowd. Decency has been defined down.

For centuries, individuals here and there have used profanities and obscenities in their speech and conversation to give emphasis and force to their utterances. However, while anyone can choose to use foul language, the best speakers rarely do, outside of the occasional lazy moment. Those who possess a good vocabulary and sharp wit often avoid it, because their verbal skills are quite adequate without profanity.

Not everyone hearing foul language thinks it is “cool”—and in fact, very many do not. People may listen tolerantly, but what they are thinking may not be obvious to the speaker. They can feel put off and uncomfortable, yet remain silent, unwilling to confront the speaker about it. Meanwhile, their opinion of the vulgar person goes down the drain: Crude language, crude person. After all, who really wants to have their ears assaulted by expletives involving blasphemy, excrement, and fornication?

What About the Listener?

Some female authors view the use of obscenities as a tool of male power and claim that there is a “swearing double standard.” They conclude that all women should be as foul-mouthed as some men. A writer in a prominent women’s magazine asserted (expletives deleted):

Swearing is powerful…. Profanity commands attention, and in some contexts, even earns a degree of respect. For example, research shows that swearing is seen as a sign of sincerity, honesty, and commitment. But—and it’s a big but—that only works for sure if you’re a man. If you’re a woman? Swearing is the weapon that just might backfire (E. Byrn, “There’s a Swearing Double Standard—and Women Can Change It,” Elle, March 21, 2018).

The author doesn’t seem to realize that offensive language backfires for men as well as women. It’s an equal opportunity offender, and speakers, both men and women, should take into consideration not only their own needs, but the ears of the listener as well.

This long quote could use some parsing. Consider, “Swearing is powerful….” True, people certainly use it to add force to their sentences, and that has been the case for centuries. But as we have noted, it is offensive to many listeners and often projects a weak wit rather than a strong one. How about, “Profanity commands attention…”? Sure, negative attention. Spew obscenities, and people will notice you. Sadly, if you need profanity to command attention, many people will suspect that it is due to deficiencies in your ability to command attention without it. And is it true that “in some contexts, [profanity] even earns a degree of respect”? It might do that in a coarse environment if the workers, both male and female, are habituated to it. These days, that can include some “elite” circles, to be sure. But it is simply not part of most business environments and professional cultures, and nobody wants to hear it. And anyone who needs to launch into a profane tirade to convey “sincerity, honesty, and commitment” is likely to be perceived, at best, as verbally challenged.

Profanity may seem “powerful” to its users and apologists, but one person’s empowerment is another person’s intimidation, and people often use obscene language for precisely that purpose. Those who spew profanity often seek to control others with what they think is intimidating language. Their audience, however, can reject such control.

These days, boorish people sometimes have their defenders, but who will advocate for the weary ears of the abused listeners? There is much advice on this subject. For instance, you might deal with boorish people’s foul language by calmly confronting them and letting them know how you feel. This can work when speakers may have mistakenly thought their language was acceptable in their present company. Or, when those spewing profanity are not open to correction and are not willing to change, you can simply avoid them. By calmly turning and walking away, you can let such people know that they’ve pushed your shut-off button.

A Wise Observation from Long Ago

The Apostle James wrote, “Look also at ships: although they are so large and are driven by fierce winds, they are turned by a very small rudder wherever the pilot desires. Even so the tongue is a little member and boasts great things” (James 3:4–5). James is advising, “Don’t let your tongue wag your body!”

He continues with an observation that should resonate with today’s profanity-plagued listeners who cannot completely avoid society’s vulgarians: “Out of the same mouth proceed blessing and cursing. My brethren, these things ought not to be so. Does a spring send forth fresh water and bitter from the same opening? Can a fig tree, my brethren, bear olives, or a grapevine bear figs? Thus no spring yields both salt water and fresh” (vv. 10–12).

Jesus said, “A good man out of the good treasure of his heart brings forth good things, and an evil man out of the evil treasure brings forth evil things. But I say to you that for every idle word men may speak, they will give account of it in the day of judgment. For by your words you will be justified, and by your words you will be condemned” (Matthew 12:35–37). Even if the profane person doesn’t care what Jesus said, perhaps the opinions of other people will have an effect.

Is what flows from your mouth like fresh water, or is it bitter for the listener? What will others understand about the mind and heart from which your words arise? And what is Jesus’ opinion of your words? 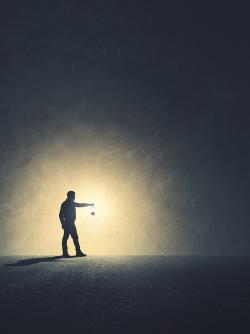 A Different Kind of Courage 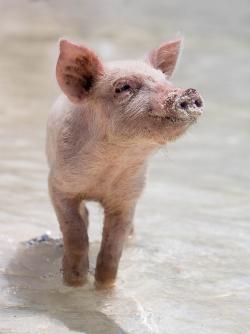 Do You Really Want to Eat That? 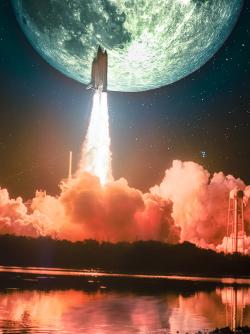