Wouldn’t it be great if you could demonstrate to the world what an amazing person you are just by posting where you eat—or don’t eat—on social media?

Given the current state of polarization in our society, it should come as no surprise that something as simple as the opening of a fast-food restaurant has become not only something controversial and a news story worthy of major headlines, but also one of the quickest ways to share with the world your remarkable example of “modern virtue.”

On September 6, Chick-fil-A opened its first Toronto location. As has often occurred when popular American chains venture north in an effort to tap into the Canadian consumer market, Chick-fil-A was welcomed by long lines of eager customers. Many fried-chicken lovers stood in line for twelve hours to sample the latest entry into Toronto’s food scene.

However, not everyone was so welcoming. The grand opening was also met with protestors wielding an array of grievances and serenading customers with cries of “Shame, shame!” The protesters voicing their disdain for the U.S.-based chicken specialists claimed multiple motivations. One of the leading organizers was Toronto-based activist group “The 519.” Jaymie Sampa, the 519’s manager of anti-violence initiatives, stated, “When we have an increasing global climate and rhetoric around hate-fuelled values, this is about taking a stand against that” (“Grand Opening of Toronto Chick-fil-A generates both excitement and anger,” GlobalNews.ca, Sept. 5, 2019). The 519’s involvement is in response to statements made by the Cathy family, owners of the poultry powerhouse, concerning their support for the traditional family unit centred on the marriage of one man to one woman. Animal rights activists joined in the protests, and some even tried to paint the opening as “anti-indigenous” (“LGBTQ2, animal rights protesters overshadow grand opening of Chick-Fil-A in Toronto,” GlobalNews.ca, Sept. 6, 2019).

Rise of the Moral Peacock

The utter moral confusion among such protestors aside, the broader phenomenon on display at such events is worth noting. Such incidences of very public protests against retailers and businesses—showy and filled with an air of moral condemnation, yet, in the end, achieving little to nothing—are clearly on the rise. In an age when people post images of their meals on Instagram and chronicle their every action on Facebook and Twitter, everyday choices such as where to grab a chicken sandwich or buy a sweatshirt have become opportunities to declare one’s superior moral status.

Polarization is fracturing our society, with social media serving as the jackhammer. In an age when it has never been easier to discover any individual’s views, a single Tweet “outing” someone for being on the politically incorrect side of an issue can result in immediate calls for a boycott. When U.S. President Donald Trump announced his plans to attend a fundraiser in Beverly Hills, Toronto-born actor Eric McCormack “advocated on Twitter for the Hollywood Reporter to ‘kindly report everyone attending this event, so the rest of us can be clear about who we don’t wanna work with’” (“Will & Grace stars backtrack calls to out and boycott Trump backers in Hollywood,” WashingtonExaminer.com, September 4, 2019). While McCormack later backpedaled in the face of claims he was advocating a McCarthyism-style “blacklist,” this type of attack is increasingly common, and such behavior is found on both sides of the political aisle. How many political conservatives in the United States tweeted their public declaration that they would never buy another Nike shoe when the corporation chose controversial football player Colin Kaepernick to promote its brand?

The draw of using social media for such public display is clear. “In a world where everyone is a one man/one woman P.R. department on social media platforms like Facebook, Instagram, and Twitter, ‘moral peacocking’—outrage on social media that is not combined with action—becomes convenient and costless” (“When Do Consumer Boycotts Work?” NYTimes.com, February 7, 2017). It costs nothing and yet shows the world what a virtuous person you are—aptly symbolizing what our society has come to value.

The Danger of a Mirage

What danger is there in such virtue signalling and moral peacocking? The peril in any mirage is not the imagined presence of something that is not really there—it’s the risk of diverting from a sound course of action in pursuit of the mirage. Seeing an oasis in the desert that is only a figment of your imagination is not, in and of itself, destructive. However, when one believes the mirage, chasing it can result in missing out on the real thing.

The true danger of such virtue signalling and social media activism is the subtle temptation to believe that virtue is determined by which chicken sandwich we prefer, instead of the far more difficult task of living a life of honesty, integrity, and character. When we focus on which restaurants, clothing stores, or sports teams to avoid, the weightier matters of character are likely to be forgotten.

Of course, there is nothing inherently wrong with letting people know why you do or don’t patronize a business. But we should consider such stances or actions in a balanced manner, examining what they do and do not represent. We should understand that avoiding or patronizing a particular chicken sandwich establishment says very little about the protestor’s and patron’s actual moral values. A tweet often says much about what we want other people to think about who we are, but—in reality—it says little about who we really are. And it does risk causing us to be confused about ourselves and our own moral standing, as we fall for our own public relations efforts.

While virtue signalling has been taken to new extremes in our current age, the concept itself is nothing new. Jesus often chastised the religious leaders of His day for actions that were akin to the moral peacocking rampant today. Matthew 23 contains a scathing indictment of such behaviour: “Woe to you, scribes and Pharisees, hypocrites! For you are like whitewashed tombs which indeed appear beautiful outwardly, but inside are full of dead men’s bones and all uncleanness. Even so you also outwardly appear righteous to men, but inside you are full of hypocrisy and lawlessness” (vv. 27–28). God is not impressed with outward shows of moral superiority, and we shouldn’t be either.

The prophet Micah described virtues God seeks in us: “He has shown you, O man, what is good; and what does the Lord require of you but to do justly, to love mercy, and to walk humbly with your God?” (Micah 6:8). 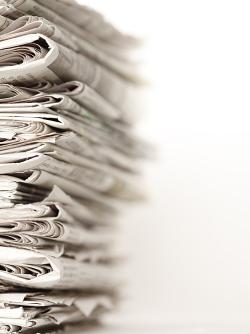 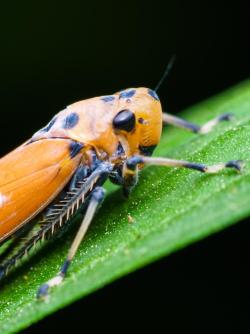