Should We Kiss Dating Hello?

Many parents look for good, practical guidance that can help us steer our children through their formative years. In particular, how should we help our children lay the groundwork for godly relationships and a successful, happy marriage?

For around 20 years, the best-seller I Kissed Dating Goodbye by Joshua Harris offered hope for parents. Harris’s teachings, dating advice, and philosophy struck a chord with millions of young people and spawned an entire “Christian courtship” movement. Yet, ironically enough, Harris himself changed his viewpoint in 2018, left that movement, and divorced his wife a year later—the woman he had found and courted by following his own book’s principles.

We will be on more solid ground if we look not to movements or fads in dating, but instead to guiding principles that will not stand or fall based on a popular author or speaker.

Are there any biblically sound dating principles for young people as they approach adulthood?

Yes, there are. And they don’t involve kissing dating goodbye. Rather, they require getting dating right by understanding how our children are designed by their Creator to develop into adults.

So, Just What Is a Date?

Let’s start with definitions. Though the world has corrupted the word, a “date” in this context is simply a scheduled social occasion in which individuals of the opposite sex meet to enjoy each other’s company. It could include just one guy and one girl, or it could be a “double date” with two couples. It could even be a “group date” with several people. A date could be a conversation over coffee, a walk in a park, or something more adventurous, like an afternoon at the local rock-climbing gym. It can be as personal as a candle-lit dinner for two, or as impersonal as a beach outing for a dozen.

Since “a date” could include a spectrum of activities and involve different numbers of people, what do we teach our children about dating? They will want to date—and that’s not a bad thing! A desire to spend time with the opposite sex is natural and good, designed by God. Proverbs 30 poetically describes this natural attraction: “There be three things which are too wonderful for me, yea, four which I know not: the way of an eagle in the air; the way of a serpent upon a rock; the way of a ship in the midst of the sea; and the way of a man with a maid” (vv. 18–19, King James Version).

Still, considering the wide variety of ideas and understandings that exist on the topic of modern dating, what are some sound godly dating principles we can use as parents to help our children move into “group dating,” on to one-on-one dating, and eventually into seriously seeking someone to commit to as husband or wife? One vital answer involves understanding three basic stages in a child’s development.

Stages for Learning, Not Exclusivity

The first we might call the child stage—often lasting until somewhere around age 12 or 13. During this period, children depend upon parents for their well-being. God’s word says, “Foolishness is bound up in the heart of a child” (Proverbs 22:15), and in this stage, children are physically and emotionally immature. At this age, they are naturally oriented more toward their parents than their peers, just as they should be. In small ways, they are just starting to learn about responsibility, and “going on a date” should not yet be even a consideration.

The second stage we might loosely call the adolescent years, since, for many, this often lasts from age 13 to 18, though levels of maturity vary from child to child. During these years, our children practice limited independence but are still reliant on their parents for their physical well-being. Especially during the early teen years, group activities help foster the learning of some important lessons and skills our children will need later in life.

During this stage, young people become more peer-oriented, learning about commitment and the development of personal relationships. They are learning how courtesy and friendliness foster good friendships with both girls and guys. Wise parents will coach and encourage them to get to know and interact with many different young people of both sexes. Parents who guide their teens away from the practice of being exclusive in their relationships, with both girls and guys, train them in the godly principle of treating everyone with respect, not just those who impress them or those whom they wish to impress (cf. Acts 10:34).

While teens grow more and more physically mature, their emotional maturity is still very different from what it will be in adulthood. During their teens, their hormones begin to change them and energize their attraction to the opposite sex. For a young man, the passages in the Bible that warn him to control his desire for a young woman (e.g., Proverbs 6:25; Matthew 5:28) become very meaningful, as he begins to look at young ladies in a very different light than when he was a child. Yet, while those in this stage can practice managing responsibility and good decision-making, generally they are still not ready to make permanent commitments like marriage.

Parents who insist that their teenagers avoid forming exclusive relationships are doing them a great service and helping to guard them from crossing important physical and emotional boundaries. But they are also helping them to develop the skills for building many different friendships and giving them the freedom to discover and learn about traits and characteristics that they will, in time, hope to find in a mate.

However, a “date” need not imply an exclusive relationship. In the latter years of this second stage, our older teens may be responsible enough to properly enjoy a double date or even a one-on-one date, under the right circumstances. Of course, maturity, not just age, is the measure. For those who are ready, such dating can be part of their training experience, giving them the chance to practice courtesy, politeness, and respect. Guys can practice a little “date leadership,” and girls can practice the skill of letting a young man take the lead.

The important thing is to remember that, even as older teens, our children are often still in a stage where they are not prepared to wisely make lifelong commitments. They are often not financially, educationally, or even emotionally prepared to commit to marriage (cf. Proverbs 24:27). So, dates in this stage, whether as a group or one-on-one, are not the time to practice being exclusive.

A Foundation for Their Future

With those stages successfully navigated, our children are far better prepared than they would otherwise be to cross into the third stage, young adulthood—a stage with its own characteristics, opportunities to learn and grow, and, perhaps, the blessing of a mate. And that, ultimately, is what God designed us to desire: a counterpart, a complement, and committed companionship in a Christ-centered relationship (Genesis 2:24; Ephesians 5:22–33). Right dating—dating that is appropriate to each stage of a young life—helps to lay the groundwork for a lifelong partnership. 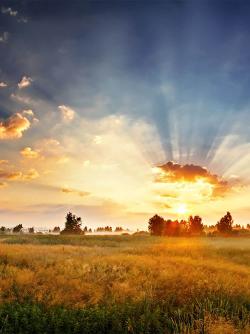 "If My People Would Humble Themselves..." 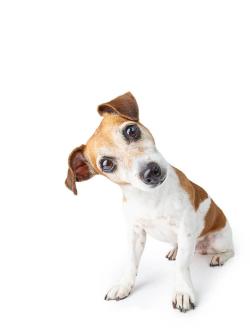 A Lesson From My Dog

The Mayflower: Ship That Launched an Empire