In a society where gender confusion seems to be becoming the norm, how can parents best learn to reinforce traditional standards? When God said He “created them male and female,” He meant it for our good!

One of the most challenging issues facing parents today seems almost too simple: How should we raise our boys to be men and our girls to be women? Before we know their weight or their length, give them a name, or hold them close, we look at their “underparts” to see if they are a girl or a boy. From that moment on, a big part of our life is helping them to be all that they can be—as a boy or as a girl.

It’s easy for today’s parents to become confused. On the one hand, we’re bombarded with a barrage of messages informing us that masculinity is toxic and boys should be more like girls. These voices tell us that differences between girls and boys are only a matter of physical variation and that children should be raised in exactly the same way—without “programming” them with “archaic” thinking about how boys or girls should act. According to this way of thinking, most differences between men and women are stamped upon them by the way they are raised or “nurtured.”

And yet, in Genesis 2:21–23, we read plainly that it was God who designed and created us as men and women. In fact, God made a point of impressing this upon Adam when He brought him animals to be named. We read, “So Adam gave names to all cattle, to the birds of the air, and to every beast of the field. But for Adam there was not found a helper comparable to him” (Genesis 2:20).

As a man, Adam was incomplete. He had no counterpart, no partner, no complementary person who would, with him, complete the first human family. So, God created Eve, the first woman. We at Tomorrow’s World believe this, and with the conviction that it was God who designed, created, and established this complementary duo, we’re led to one of the fundamental keys to understanding what we should teach our children about masculinity, or “being a man,” and femininity, or “being a woman.” That key stems from the roles and responsibilities that God gave to each.

The Role as the Rule

But before we get to that key, let’s first consider an unintentional fallacy that we can create. In trying to define and measure true masculinity and femininity, we can inadvertently create the wrong “yardstick.” For example, we might say that the following words describe a masculine man: courageous, strong, determined, dependable, reliable, and trustworthy. And we might describe a feminine woman as gentle, patient, approachable, kind, modest, and discreet. Such adjectives are often used by people who think more conservatively about men and women—and make no mistake, these are words that would describe a fine man and a fine woman. But did you notice the problem with using them to describe masculinity and femininity? All of them speak to the character of a person; and as descriptions of character, they are not exclusive to men or women. The truth is, women should be courageous, strong, and determined—as were Esther, Ruth, and Mary. And men should be modest, kind, and approachable—like Moses, David, and Jesus Christ.

If we are to train our boys to be masculine and our girls to be feminine, we need to differentiate between character traits and godly roles and responsibilities. Godly character traits are expressed by both males and females. Courage, humility, kindness, and a love of peace are not uniquely masculine or feminine traits—they are godly traits. But that doesn’t mean that there is no difference between boys and girls and between masculinity and femininity! So, what guidelines should we use to teach our children?

For the answer, we look to the Bible.

In Genesis 2, we read that God created Adam first, followed by Eve, who was intended to complement him and assist him. God gave Abraham the responsibility to lead his family, and said, “For I have known him, in order that he may command his children and his household after him, that they keep the way of the Lord, to do righteousness and justice, that the Lord may bring to Abraham what He has spoken to him” (Genesis 18:19). God inspired Solomon to describe a wife in her role, caring for her family and supporting her husband (Proverbs 31:10–31). In Ezekiel 16, He described His chosen people as a wife to Him, the perfect, caring husband. And the Apostle Paul, continuing that theme in his letter to the Ephesians, described the marriage relationship as one in which the husband is responsible for leading and cherishing his wife, as well as one in which the wife is responsible for assisting and following her husband (Ephesians 5:22–33). This pattern of roles and responsibilities for husbands and wives gives us the biblical starting point for teaching true masculinity and femininity!

In other words, when we teach our son to open the door for his sister or mother, we’re teaching him more than common courtesy; we’re teaching him the masculine trait of loving, serving leadership. When we teach him to offer to take the heavy shopping bag from his mother, we’re helping him rehearse that same masculine perspective. Does that mean that our little girl can’t open a door or carry a package? Of course, it doesn’t! But if we recognize that these are opportunities to teach our son about true masculinity, we will use them as training exercises for him to become a “manly man” who is gentle, considerate, and helpful. When they are small, a boy and his sister might wrestle and roughhouse. Yet, as they age and he grows much stronger, we teach him to treat her more gently, as a young lady. We are not denigrating her for being a girl—rather, we are helping him understand the attitude taught in 1 Peter 3:7, that husbands are to treat their wives as precious and valuable.

The same principle applies for raising our girls. A good understanding of the roles and responsibilities of a wife can guide us into practical lessons in womanhood for our daughters. When we show appreciation for our little girl’s tender care of her “baby doll,” we are reinforcing a small part of what it means to be womanly as she acts out “being a mom.” When she bursts into the room wearing a new outfit and asks, How do I look?, we have a chance to reinforce her femininity as she revels in being adorned with beautiful and modest attire. Some would say that is denigrating and objectifying for girls; yet God Himself expresses His love for Israel as His beautifully attired wife (Ezekiel 16:11–13).

It Begins with Mom and Dad

God has given us the responsibility and opportunity to help our children lead fulfilling and productive lives. One way we can help them do so is to teach our boys to be masculine and our girls to be feminine—even while our culture blurs and even condemns the wonderfully designed differences between the two.

We should train our daughters and our sons to develop bravery, tenacity, gentleness, strength, and a full complement of other virtuous character traits (cf. Galatians 5:22–23). These are not unique to either sex. But how we express those traits is different for boys and for girls, for women and for men. And the path to perfecting that difference is provided by God through the roles and responsibilities of man and woman, husband and wife. 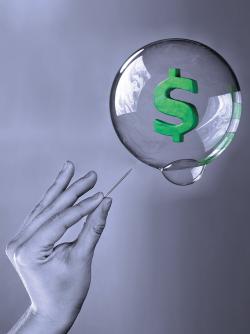 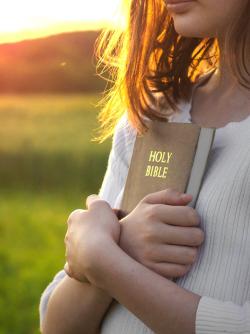