Is the Holy Bible the only true source of knowledge? Prove it to yourself
Tweet

Should You “Make Your Own Bible”?

Should you “make your own Bible,” as Emerson and other humanist philosophers have proposed? Or is God's word the only source of true spiritual knowledge and revelation?

Has the dust lying atop Bibles in the United States buried them for good? Americans increasingly “explore their own truth” and purport to find meaning and significance “from within.” For some, yesterday’s lumbering religion has outgrown its own unwieldy limbs and now serves only to restrict modern, humanistic progress.

Though most Christians maintain that God inspired the Holy Bible, few would deny that the “pen to paper” work was done by men. How can we know for certain that an unseen Spirit Being inspired those men?

A May 2020 study conducted by Dr. George Barna of Arizona Christian University presents what some would consider a more “enlightened” American. Today, 58 percent of Americans believe moral truth is individually decided. Among evangelicals, a surprising 46 percent reject absolute moral truth. The study also asked where Americans are finding truth: Less than half (42 percent) believe that God is the basis of truth, while 16 percent now rely on “inner certainty,” 15 percent use scientific proof, 5 percent rely on tradition, and 4 percent find truth through public consensus. “The remaining two out of every ten adults said that either there is no such thing as truth (5%) or that they do not know the basis of truth (13%)” (“A Nation Unmoored—CRC Study Shows Americans Reject Moral Truth Rooted in God’s Word”).

With postmodern humanity forming the basis of today’s truth, can there be new holy books? This idea didn’t seem so far-fetched to the father of American transcendentalism, Ralph Waldo Emerson. A proponent of “inner divinity,” Emerson advocated in a July 1836 journal entry, “Make your own Bible. Select & Collect all those words & sentences that in all your reading have been to you like the blast of trumpet out of Shakspear [sic], Seneca, Moses, John, & Paul.”

The human race has accomplished such feats of technology and engineering that it seems “nothing that they propose to do will be withheld from them” (Genesis 11:6). However, our successes stand in contrast with abject failure in the domains of relationships, harmony, morality, health, and lasting peace. As the German philosopher Immanuel Kant pointed out, our human perception of reality cannot infallibly correspond with reality itself because we are bound by our own five senses. The human eye, unaided by microscope or telescope, cannot fathom the world of cells, microbes, and amoebas, nor distant planets and fiery stars.

Could other aspects of life be hidden from human hearts and minds that are unassisted by revealed truth?

Scripture certainly says so: “Because the carnal [or natural, physical, fleshly] mind is enmity against God; for it is not subject to the law of God, nor indeed can be” (Romans 8:7). “But the natural man does not receive the things of the Spirit of God, for they are foolishness to him; nor can he know them, because they are spiritually discerned” (1 Corinthians 2:14). Could even the most brilliant human minds be ignorant of a whole world undetected by physical senses, seeing all spiritual truths as “foolishness”?

The humanistic mind puts faith in one’s own experience—but has your “inner certainty” ever failed you? Have you ever been wrong?

If you feel that you have never been wrong, this is not all that uncommon either, as we can infer from Psychology Today:

What kind of emotion tends to lead us astray? Well, one of the most powerful is the need to feel in control. Countless psychological experiments have shown that for both humans and animals, helplessness in the face of danger is intensely stressful. Believing that we have power over our destiny helps relieve that negative experience, even when that belief is unfounded. Hence the enormous appeal of “magical thinking”—the belief that one’s thoughts and private gestures by themselves can influence the surrounding world (“The Grandeur of Delusion,” March 8, 2013).

Close to 2,000 years ago, a proud Roman presided over the prosecution of a most unusual Man. This Roman’s world was filled with practical military and government matters. “What is truth?” Pontius Pilate asked (John 18:38). The Man before him had said, “I am the way, the truth, and the life. No one comes to the Father except through Me” (John 14:6). Was this Man a fiction, a liar, a deluded fool, or God in the flesh and the source of eternal truth? It would certainly be worthwhile for you to prove the answer to yourself.

Truth, at its core, is an aspect of God’s nature. That truth will deliver humankind (John 8:32). There is only one way to deliverance: through Jesus Christ, that Man who stood before Pilate (Acts 4:12).

Most succinctly, God’s word is truth (John 17:17). Jesus Christ is also called the Logos, which can be translated Word or Spokesman (John 1:1). The Bible was not written by just any men, “but holy men of God spoke as they were moved by the Holy Spirit” (2 Peter 1:21). Scripture is “given by inspiration of God” (2 Timothy 3:16), meaning it is “God-breathed.” In order for you to write a genuinely holy book that was truly your own, you would need to be God. You would need to create the sun, moon, stars, and all biological life. You would need to predict the future with perfect accuracy. You would need to establish kings, bring nations to their knees, and raise the dead to life.

Can the Bible be misused? Yes—there are many wrong approaches to Scripture. The devil’s ministers appear as ministers of righteousness (2 Corinthians 11:13–15). Many who quote Scripture may be twisting and distorting it “to their own destruction” (2 Peter 3:16). Have the world’s dominant forms of Christianity proved themselves better than the other religions out there? Apparently not, since strife, war, and suffering have plagued even the most “Christian” nations. Request a free copy of Satan’s Counterfeit Christianity or read it at TomorrowsWorld.org to find out why much that is considered Christian is not biblical at all.

Truth is more than a feeling. When God opens the human mind, it understands what it could not before (Luke 24:45). The voice of God flows from the Holy Scripture, alive and dynamic, deepening for Christians as they respond to God and experience life. “For the word of God is living and powerful, and sharper than any two-edged sword, piercing even to the division of soul and spirit, and of joints and marrow, and is a discerner of the thoughts and intents of the heart” (Hebrews 4:12).

Perhaps Pontius Pilate had a veneer of confidence and pride, but—at least according to the historian Eusebius—he eventually committed suicide in disgrace. Even the wealthiest and most powerful are not immune to doubt hanging over their hearts and minds. Don’t miss out on the truths contained in the Bible—give the Bible a chance to help. You can start by requesting a free copy of The Bible: Fact or Fiction? or reading it at TomorrowsWorld.org. 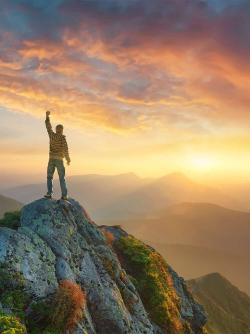 Will You Do Hard Things? 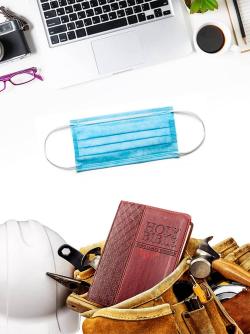 Are You an Essential Worker? 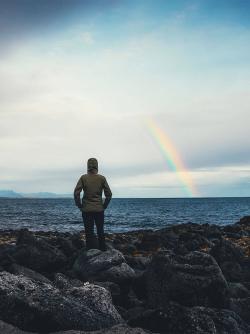