Does the Bible Give Contradictory Accounts of Judas Iscariot’s Death?

You've got questions, the Bible has answers.

Answer: Many have wondered about this, and it is true that, at first glance, the Bible’s accounts of Judas’ death might seem to be contradictory. But let’s take a look at the two key statements on this topic and examine them more closely.

Most students of the Bible know that Judas Iscariot was one of Jesus’ twelve apostles, and that he betrayed Him for 30 pieces of silver. In Matthew 27, we read that Judas was remorseful after this terrible betrayal and tried to give the money back to his conspirators, but the priests refused to accept the “blood money” as an offering (v. 6). Verse 5 tells us, “Then he threw down the pieces of silver in the temple and departed, and went and hanged himself.”

According to Matthew and the book of Acts, instead of putting the money into the treasury, they used it to purchase a field in which strangers could be buried. While the book of Acts tells of the field purchased with Judas’ money, it seems to describe a different fate for the traitor: “Now this man purchased a field with the wages of iniquity; and falling headlong, he burst open in the middle and all his entrails gushed out” (Acts 1:18).

The field being purchased with Judas’ money corroborates Matthew 27:7, but falling headlong and bursting in the middle does not sound like a hanging. How do we reconcile these accounts?

As we’ve noted before, any time we see what appear to be different accounts of the same facts or circumstance in the Bible, there is no need to assume a contradiction—Jesus Himself tells us that the inspired word of God does not contradict itself (John 10:35). Rather, the multiple accounts act as multiple witnesses, each adding its own detail to the overall picture.

For instance, consider the sign that was nailed above Jesus’ head while He was crucified. Depending on which of the four gospels you read, you’ll get a different report concerning what the sign said:

Do the gospel writers contradict each other? Not at all! In fact, not only do they say essentially the same thing, but also, when we put all of them together, we get a fuller picture—one of a sign reading, “This is Jesus of Nazareth, the King of the Jews” in the three languages common in the area.

Similarly, the accounts of Judas’ death do not contradict one another when they are read as two accounts that work together to make for a fuller picture. Judas did, indeed, hang himself out of guilt and shame. But as his body hung there, his corpse did what corpses do—it began to decompose. A decaying corpse will bloat if left alone. Eventually, Judas’ dead body fell from the rope or was cut down, and when it struck the ground, it burst open—a terrible end for the one who had betrayed the Messiah.

As is so often the case, when you understand that the Bible does not contradict itself but does give multiple witnesses to provide a more complete picture of true events, the problems resolve themselves. To find out more about the inerrancy of original, inspired Scripture, you can request a free copy of The Bible: Fact or Fiction? from our Regional Office closest to you (listed on page 4 of this magazine) or read it online at TomorrowsWorld.org. 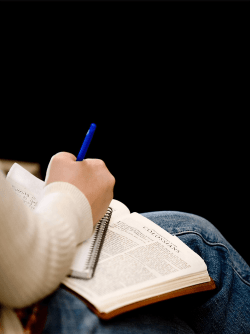 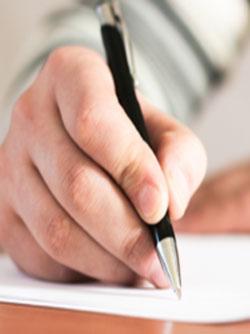