Don’t be a spiritual “bystander” when God calls you to act in faith.

Many centuries ago, when the Jews were captives in Babylon under the Persian King Ahasuerus, a man named Mordecai took his uncle’s orphaned daughter Esther into his home. Mordecai was a kind and thoughtful man, and he raised Esther as his own daughter. She grew to be a beautiful young woman who, through a remarkable series of events, was brought before the king.

When young Esther stood before King Ahasuerus, he reigned over 127 provinces, from India to Ethiopia. As a humble Jewish woman who had almost certainly never considered that she might one day be the Persian king’s potential bride, she may not have even wanted to be there—yet she won his heart. “The king loved Esther more than all the other women, and she obtained grace and favor in his sight more than all the virgins; so he set the royal crown upon her head and made her queen instead of Vashti. Then the king made a great feast, the Feast of Esther, for all his officials and servants; and he proclaimed a holiday in the provinces and gave gifts according to the generosity of a king” (Esther 2:17–18).

But her story almost came to a tragic end. The day came when a man named Haman, an evil adviser to King Ahasuerus, convinced the king to cause all the Jews that lived anywhere throughout his kingdom to be killed. Esther was forced to confront an impossible choice. Should she say nothing, hide her own identity as a Jew, and make no effort to stop the murder of her people? Or should she approach the king without an invitation—which, according to the law, could result in her own death? Mordecai gave Esther advice that stands as a challenge to us today: “Do not think in your heart that you will escape in the king’s palace any more than all the other Jews. For if you remain completely silent at this time, relief and deliverance will arise for the Jews from another place, but you and your father’s house will perish. Yet who knows whether you have come to the kingdom for such a time as this?” (Esther 4:13–14).

In other words, he was asking Esther, If you don’t act, who will? God will call upon someone, but it is you who are in the best position to save your people.

As we learn the difference between right and wrong, we begin to feel the effect of that knowledge. And the day may come when someone does something blatantly wrong right in front of us—something that is not only contrary to one of God’s commandments, but also an action that hurts someone else. If my friend Bill steals from my friend Tim’s wallet, there is an impact—an injury. And I’m faced with a crisis of conscience. Will I let Tim know and try to make the situation right? If I don’t, who will? At some point, the truth will come out. But if I don’t step up and say something, I’ve struck a blow to my character. That’s the message of James 4:17: “Therefore, to him who knows to do good and does not do it, to him it is sin.”

On April 30, 2019, students at UNC Charlotte were completing their last day of spring semester classes when a gunman opened fire in a classroom. Four students were wounded and two died. But what stands out about this tragic episode is that it could have been much more tragic, but for the courageous action of 21-year-old Riley Howell, who tackled the shooter, giving the police the opportunity to apprehend and arrest him. Riley died from gunshot wounds, but many more lives were saved.

Don’t mistake what I’m saying; we shouldn’t go looking for an opportunity to face death, and Christians should not become involved in political protests or similar attempts to change this world, which only Christ can truly fix (cf. 2 Corinthians 5:20). But our actions—or inaction—will affect others. Doing the right thing might mean standing up to defend someone whose name is being slandered, or perhaps sacrificing some of our time to help a neighbor in need. But it often boils down to the same principle—if not you, then who? Who will speak up and stop the rumor? Who will take the time to lend a helping hand?

Sometimes our choices are private, and no one else will know what we did or didn’t do. But not always. Researchers have identified what they call the “bystander effect,” which can deter people from having the courage to do what needs to be done. In 1964, a young woman named Kitty Genovese was murdered outside her apartment building in Queens, New York. The New York Times reported that 38 witnesses saw or heard her being murdered, but none came to her assistance or even called the police. Though the newspaper article was later found to be incorrect on both the number and the actions of those who were aware, the horrifying story demonstrated that most people will not find the courage to step up to help when they believe others are involved or aware of the problem.

Author Catherine A. Sanderson, in her 2020 book Why We Act, describes one famous study of this phenomenon. “John Darley of New York University and Bibb Latané of Columbia University created a realistic emergency in an experimental setting so that they could assess how the presence of other people would influence participants’ responses” (pp. 26–27). They found that 85 percent attempted to help a fellow participant struggling with a seizure when they thought that only they could help. Yet only 31 percent offered help when they thought others were aware of the seizure and the need for help. This “bystander effect” or “social loafing” tends to exist with children as well as adults, according to Sanderson’s description of studies on this topic.

We see an example of this in the Bible when we read the account of Goliath. Goliath was an intimidating warrior, “and all the men of Israel, when they saw the man, fled from him and were dreadfully afraid” (1 Samuel 17:24). What makes David’s actions so heroic is that he rose above the “bystander effect.” David recognized the personal danger Goliath posed but still stepped up to meet the challenge. If he hadn’t, who would have?

We all face moments when we must summon the courage to do what we know needs to be done. Perhaps our employer finds out that we meant it when we said in our interview that we wouldn’t work on the Sabbath. Who will be an example of a God-fearing person? Sure, God could bring someone else along, but what about you? Will you be that example?

This is the challenge that Queen Esther faced. Mordecai said, “Do not think in your heart that you will escape in the king’s palace any more than all the other Jews. For if you remain completely silent at this time, relief and deliverance will arise for the Jews from another place, but you and your father’s house will perish. Yet who knows whether you have come to the kingdom for such a time as this?” (Esther 4:13–14).

God can and will provide other means to accomplish His purpose if you do not step up. But why not you? 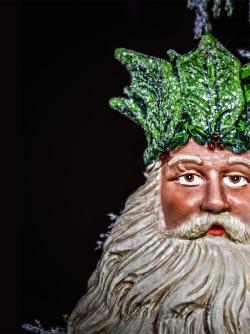 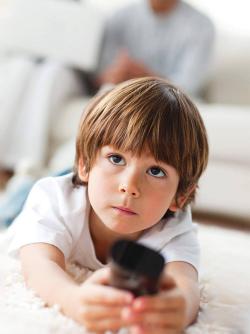