Many wonder: What are the four horsemen of the apocalypse? Who—or what—do they represent? The Bible reveals that they are actually forces at work in the world right now, and the first rider on a white horse is not Jesus Christ the returning King! In fact, the Messiah gives us the real answer, Himself.

Nearly everyone wants to know what the future holds, yet most believe that no one can accurately predict the future. The God of the Bible, however, boldly states, “I am God, and there is none like Me, declaring the end from the beginning, and from ancient times things that are not yet done…. I have spoken it; I will also bring it to pass. I have purposed it; I will also do it” (Isaiah 46:9–11).

Amazingly, key biblical prophecies about a mysterious First Horseman of the Apocalypse (Revelation 6:2) provide important insights into history and reveal where current events are heading. The Bible’s ancient prophecies are coming alive today—and will surprise a world that has lost sight of the real God of the Bible.

Nearly 2,000 years ago, Jesus Christ explained that a series of recognizable events—false prophets and religious deception, wars and rumors of wars, famines and natural calamities such as earthquakes and disease epidemics—would precede His Second Coming (Matthew 24:3–8; Mark 13:5–8; Luke 21:8–11). He warned His disciples to watch for these signs, because an unsuspecting world will be surprised by swiftly escalating events in the last days (Matthew 24:36–44; Mark 13:32–36; Luke 21:34–36).

One of these signs is depicted by the mysterious First Horseman of the Apocalypse, seen by the Apostle John in vision, which echoes Christ’s warning that false teachers will come preaching another Jesus and a different gospel—a warning repeated by the Apostle Paul (2 Corinthians 11:1–4).

Bible students recognize that the Four Horsemen of the Apocalypse symbolize end-time events preceding Christ’s return. Yet controversy exists over the identity of the first horseman, who rides a white horse. Some mistakenly say that the rider represents Jesus Christ preaching the Gospel, because of his apparent similarity to Christ on a white horse as described in Revelation 19:11–14. Others believe that the first horseman represents the Antichrist, who will oppose Christ at His return.

The Bible, of course, provides its own explanation. The sequence of end-time events outlined in Matthew, Mark, and Luke parallels the events pictured by the Four Horsemen of Revelation 6. In each of these gospels, the initial event of the end-time sequence is a growing prevalence of false teachers and religious deception. This means that the first horseman is not Jesus Christ, but instead personifies a powerful false religious movement. The crown of this rider—a symbol of leadership and authority—suggests a prominent religious leader (Revelation 6:2). He carries a bow for shooting arrows, in contrast to Christ in Revelation 19:11–15, who is pictured with a sword and a rod of iron. Ephesians 6:16 pictures Satan shooting arrows or “darts” at true Christians, thus suggesting that the first horseman is in league with Satan.

We should be sobered upon reading that the first horseman “went out conquering and to conquer” (Revelation 6:2). This points to the rise of a militant form of false Christianity just before Jesus Christ’s return. This fits the end-time scenario that places the Great Tribulation—a time when true Christians will be persecuted—just after the events pictured by the Four Horsemen (see Matthew 24:8–9; Revelation 6:9–11). But how does the mysterious first horseman provide insights into history, explain the direction of current events, and reveal the future?

A Ride of False Religion

The prophet Daniel wrote of a “horn” associated with a Roman system that would “change times and law” (Daniel 7:21, 25). The Bible shows that Jesus, His disciples, and the early Church kept the Sabbath and the biblical Holy Days (Luke 2:41–42; 4:16; Acts 17:2). By contrast, history records that the Roman church forbade observance of the biblical Passover and, at the Council of Nicaea in 325 AD, mandated the observance of Easter. The Roman church also outlawed observance of the biblical Sabbath and, at the Council of Laodicea in 363 AD, enshrined Sunday as its day of worship. The Roman church adapted pagan celebrations of December 25 to commemorate Christ’s birth, supposedly to make it easier for pagans to “convert” to Christianity. Through such changes, the teachings of early Christianity were corrupted by paganism—thus fulfilling prophecies given by Daniel, Jesus, and Paul.

Daniel prophesied that the “horn” of the fourth empire, Rome, would preside over future revivals of that empire (Daniel 7:7–8, 24), war against the saints, and prevail against them until Christ’s return (Daniel 7:21–22, 25). These revivals link the “horn” to the militant form of corrupt Christianity that will arise at the end of the age, and to a politically active church—the “great harlot” who rides the beast composed of ten kings and with whom worldly rulers have had intimate relations (Revelation 17). Church history leaves little doubt as to which institution has fulfilled this role.

The pontiffs of Rome have presided over several revivals of the Roman Empire. During the Middle Ages, the papacy called for crusades to destroy enemies of that dominant church. Those “enemies” included not only Muslim “infidels,” but also many who professed belief in Christ and the God of the Bible—including members of the Eastern Orthodox Church who perished in the sack of Constantinople, many Jews, Sabbath-keeping Cathars and Albigensians in southern France, and Waldensians in northern Italy and Germany. Those who followed the teachings of Jesus Christ, the Apostles, and the early Church were labeled heretics, and were slaughtered over the centuries because they would not follow the decrees of the Roman church.

A Return to Rome?

We must remember that the “mainstream” Protestant churches took most of their doctrines and practices—including the Trinity, the immortal soul, and the observance of Christmas and Easter—from the teachings of the Roman church. These pagan-inspired doctrines and practices are not found in the Bible, yet “mainstream” professing Christianity maintained them, even through the Reformation, demonstrating their connection to their “mother” church (Revelation 17:5). Rome would certainly like to see her “daughters” return to the fold—proclaiming ecumenism even as it clearly sees only itself as the one true Church (see Isaiah 47:1–8).

The Roman church is promoting a united Europe in which it can regain the prominent role it played in the “Holy Roman Empire.” During the reign of the Holy Roman Emperors and other Catholic monarchs, the Roman church used state power and the Inquisition to attack its “enemies” in the hope of creating one empire under one monarch and one religious leader. The history of medieval Europe sheds light on how a deceptive and militant false form of Christianity will hold sway over millions when the First Horseman of the Apocalypse begins his intense and deadly end-time ride. Be sure to watch so you are not taken by surprise when these events come to pass—far sooner than most people realize! 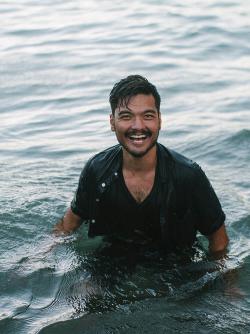 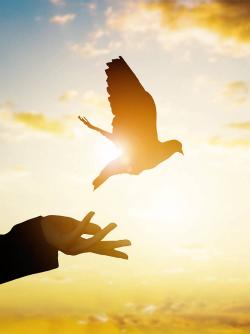 Are You Frustrating Your Kids?