The Elect and the Salvation of All Mankind | Tomorrow's World
Tweet

Did Jesus die for everyone, or just the “elect”?

There is coming a day when violence between neighbors, tribes, nations, and races will come to an end and pandemics will cease. I understand this is difficult to believe, given mankind’s history, but do you realize that this is the message of the biblical prophets and of Jesus Christ Himself? How can this be?

Jesus said that conditions on earth will become so terrible that unless He returns, no human being will survive. “For then there will be great tribulation, such as has not been since the beginning of the world until this time, no, nor ever shall be. And unless those days were shortened, no flesh would be saved; but for the elect’s sake those days will be shortened” (Matthew 24:21–22). This passage is rich in meaning. We learn that there is coming a time of trouble worse than any that mankind has ever known throughout its history or will ever know again. But there is good news. Something—or, in this case, someone—will cut short humanity’s headlong rush into oblivion. That someone is Jesus Himself, and He explains why humanity’s insanity will be cut short—“for the elect’s sake.”

So, who are the elect in the Bible? Most find this question odd, mistakenly assuming that all people have an opportunity to be saved during their lifetime. But neither your Bible nor sound logic support this idea. Consider the billions who have existed prior to, during, and after Christ’s first coming without ever hearing His name; yet we are told that there is no other name whereby we can be saved (Acts 4:12). Jesus Himself declared, “No one can come to Me unless the Father who sent Me draws him; and I will raise him up at the last day” (John 6:44). This statement is repeated in verse 65—do you understand the magnitude of it?

The Bible also contains many warnings about false Christianity (cf. Matthew 24:4–5; 2 Corinthians 11:4, 13–15; Revelation 6:1–2; 12:9). The elect Jesus mentioned are few indeed compared to the estimated two-and-a-half billion “Christians” of all stripes in the world today. Whoever the elect are, they are not the professing majority; yet they do exist in our world, and it is for their sake that Christ will intervene. But Jesus did not bring peace at His first coming, so what will be different about His second coming? How will He bring harmony to our troubled planet?

Some 2,600 years ago, the prophet Daniel described two technological developments that will mark the time of the end: transportation on an unprecedented scale and a massive knowledge expansion (Daniel 12:4). The book of Luke records Jesus’ statements on the moral ills that will prompt His return—violence and sexual immorality (Luke 17:26–30; cf. Genesis 6:5, 11; 19). The prophet Zechariah explains the spark that will light the final crisis—trouble centering around the city of Jerusalem (cf. Zechariah 12:1–3; 14).

Dear reader, please do not take my word for any of this. I am citing a lot of scriptures, and I understand that the Bible is a large book with which most aren’t very familiar. It may seem hard at first to look up these verses, but you need to prove these things for yourself—and you can do so with just a little effort. Use the table of contents at the front of the book if necessary. For your sake, please be as Paul described the Bereans: “These were more fair-minded than those in Thessalonica, in that they received the word with all readiness, and searched the Scriptures daily to find out whether these things were so” (Acts 17:11). This subject is too important not to prove to yourself.

So, again, who are the elect? The late Dr. Roderick C. Meredith’s favorite definition of a true Christian is found in Galatians 2:20: “I am crucified with Christ: nevertheless I live; yet not I, but Christ liveth in me: and the life which I now live in the flesh I live by the faith of the Son of God, who loved me, and gave himself for me” (King James Version). The Apostle Paul explains how we are crucified with Christ:

Know ye not, that so many of us as were baptized into Jesus Christ were baptized into his death? Therefore we are buried with him by baptism into death: that like as Christ was raised up from the dead by the glory of the Father, even so we also should walk in newness of life. For if we have been planted together in the likeness of his death, we shall be also in the likeness of his resurrection: Knowing this, that our old man is crucified with him, that the body of sin might be destroyed, that henceforth we should not serve sin (Romans 6:3–6, KJV).

Yes, we must put to death the old self and become a new person. We must accept that our goodness will not save us—that we need One greater than us to exchange His life for us. This is what baptism pictures; our acceptance of Christ as our Savior and our turning away from sin are expressed in this simple-but-necessary ceremony. No child can understand this commitment, which is why baptism is for adults only. John describes a true Christian as someone whom God selectively calls, chosen as a result of responding to that call, and willing to remain faithful to the end (Revelation 17:14, cf. Matthew 24:13).

But the question remains: How will Christ transform our world from violence and immorality to peace and harmony? It’s certain that the latter have not characterized mankind’s history. Peace can only come as a result of a change of the human heart, and only God can bring this about. But first, He must and will remove the current god of this world, the “prince of the power of the air” (Ephesians 2:2) broadcasts into the minds of men negative moods, attitudes, and feelings—attitudes of jealousy, lust, greed, and resentment. After Satan’s influence is eliminated, Christ will fill the airwaves with a very different spirit (Revelation 20:1–3), removing the hostility that exists in human hearts (Romans 8:7) and replacing that hostility with a love for God’s laws.

This is what the New Covenant is about! The law of God will be in the minds and hearts of men everywhere (Hebrews 8:10–11). That law, of course, is the Ten Commandments, which James rightly describes as “the law of liberty” (James 1:25; 2:12).

Consider what it will be like when humanity respects the law that says, “You shall not murder.” When the spirit and intent of the law are understood and practiced, cities such as Chicago, Pretoria, and Tijuana will be transformed (Matthew 5:21–26). The observance of that single law will put an end to war. And what will the world be like when there is also no more adultery, no more false religion, and no more disrespect from children to parents?

Jesus Christ will not return this time as a Lamb to be led to the slaughter, but as a conquering King (Zechariah 14). He will command all nations to send representatives to keep His Holy Days in Jerusalem. How exciting it will be when mankind learns the very plan of God and the great potential He offers—a potential that is much greater than “rolling around heaven” or experiencing some kind of eternal equivalent to a drug high while staring into the face of God.

Those elect we mentioned earlier—those whose lives are truly transformed by thinking as Christ thinks and acting as He acted when He was here the first time—will be made Spirit beings and assist Christ in bringing about this great transformation, as many passages of Scripture show.

Is this too fantastic to believe? You had better hope not, because the alternative is not very encouraging. Mankind has tried for nearly 6,000 years to find peace, and every generation has failed. Unless the great troublemaker, Satan the devil, is removed, and unless Jesus Christ returns and changes the human heart, self-extinction is humanity’s lot. The message of Tomorrow’s World is that intervention from above will prevent that. There is hope—the last hope for mankind—and that hope is sure! 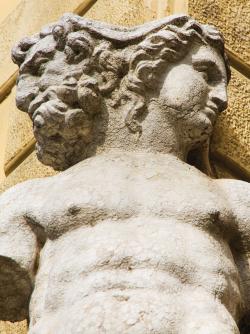 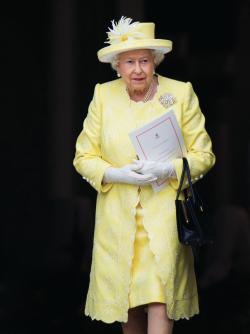